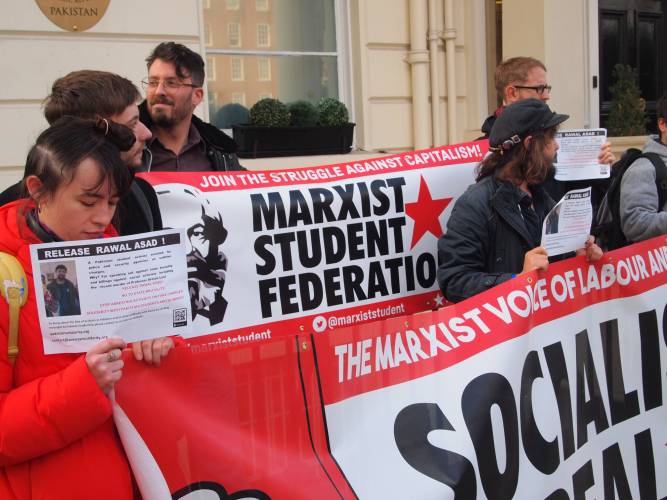 On 12 February, over 100 workers and Marxist supporters gathered at the conference hall of the Federal Secretariat of Ibadan, Oyo State, for a symposium organised by the Campaign for a Workers’ Alternative (CWA), the Nigerian...

Once again this year, the Montreal Marxist Winter School was a smashing success. We had a record 235 registrations, the largest number ever to attend! Participants came not just from Quebec and Ontario, but also from Western...

Today, the Additional Session judge in Multan rejected the bail application of Rawal Asad, though the written order will be given tomorrow. Rawal’s lawyer, Azhar Bukhari, presented a strong defence in front of the judge...

At least 10,000 students across the UK walked out of school on Friday 15 February, marking the arrival of the international School Strike 4 Climate movement in Britain. This movement has already mobilised hundreds of thousands...
More articles