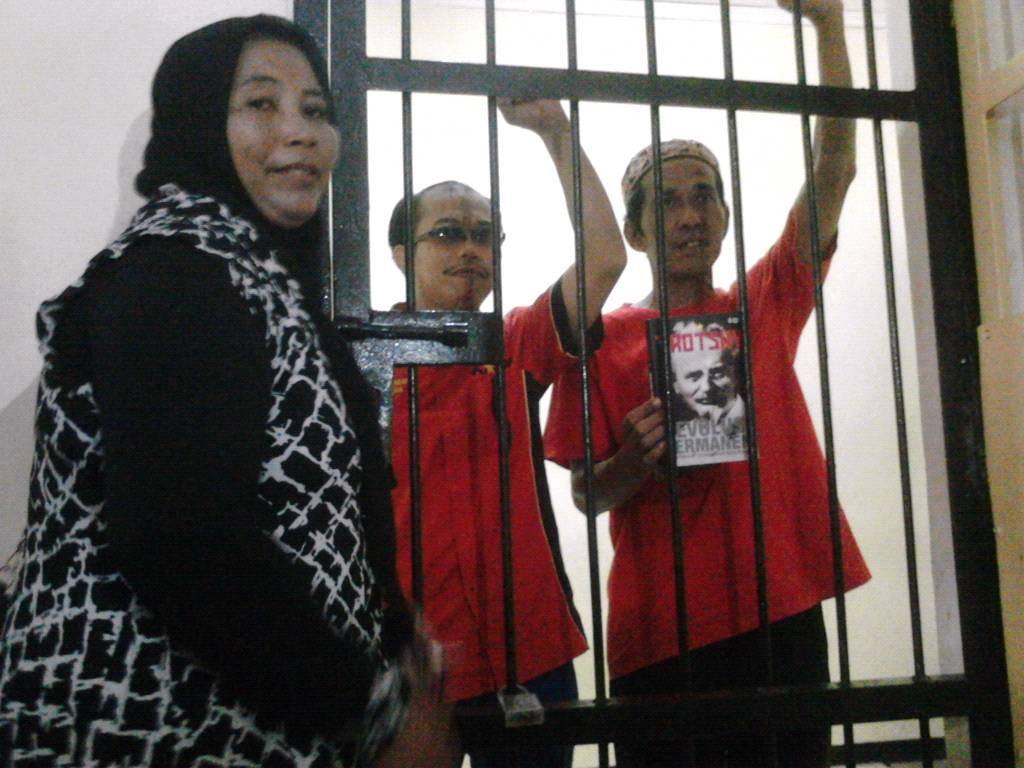 On the morning of April 7th, 2016, comrade Abdul Hakam, a member of Militan Indonesia, the IMT section in Indonesia, was sent to jail for three months for his trade union activity. Hakam is a labour organizer for FSPBI-KASBI Gresik, one of a very few radical trade unions in Indonesia. Along with Agus Budiono, who is also from FSPBI-KASBI Gresik, he is charged under the “Unpleasant Act law” (Read Fight the Criminalization of Workers! Free Abdul Hakam and Agus Budiono). Their only crime is to be on the side of the workers.

FSPBI-KASBI Gresik is very well known amongst the wider masses in Gresik – an important industrial area in East Java – as a radical trade union that fights for the rights of the workers. It organizes many large factories: electronic, instant noodle, petrochemical, and a number of other state-owned enterprises. Moreover, the union is also active in fighting for the interests of the wider masses by mobilizing against price increase in basic food products, mobilizing for free education and other issues. Because of this, particularly because of its organizing effort to fight against outsourcing at PT. Petrokimia Gresik, a massive petrochemical plant, the bosses used the instruments of law to criminalize FSPBI leaders. In December 2013, in a show trial that can only offend anyone with a sense of justice, Hakam and Agus was sentenced with a 3-month jail sentence for provoking workers to demonstrate.

For the past three years FSPBI had been trying to fight this decision by appealing to higher court. Again and again the court upheld the sentence. The lesson is clear. This is not a court that stands above the society in a neutral fashion, but a court that is designed to defend the class interests of the capitalists.

Hakam and Agus are courageous class fighters who have offended the establishment. Unlike many union leaders, they never capitulate to the bosses. In a country like Indonesia where corruption is rampant, where one’s loyalty can be literally bought with a pack of cigarettes, they maintain their class banner clean and spotless. This is why the bourgeois cannot forgive them.

Hakam is a Marxist in a country where Marxism is outlawed. Entering into the jail, he held proudly in his hand Leon Trotsky’s Permanent Revolution. He has also asked to be sent other Marxist books so that he can use his time in jail to sharpen his ideological arsenal.

Hakam and Agus are now behind the bar. Apart from being robbed of their freedom, they have also been robbed of the opportunity to provide living to their family. This is another way the ruling class seeks crush those who dare to fight, by subjecting their immediate family to economic hardship. Militan Indonesia is launching a solidarity campaign to assist our jailed comrades and their family in this time of hardship. We are calling our supporters and readers to generously open their purse. A message of solidarity will also go a long way to lift the spirit of our comrades and highlight the internationalism of workers’ struggle.

You can contribute to “Hakam and Agus Solidarity Fund” by Credit Card (Paypal). This fund will be used to help Hakam’s and Agus’s family, and also help with their legal expenses and other expenses. We have set ourselves a target to raise 1,000 USD.

You can send your message of solidarity to our comrade Hakam and Agus by sending an email to militanindonesia@gmail.com

You can also share your photos on social media with a written message on a placard, such as “International Solidarity for Hakam and Agus”, “Stop Criminalization against Labour Activists”; “Free Hakam and Agus”. Please include a hashtag of #FreeHakamAndAgus