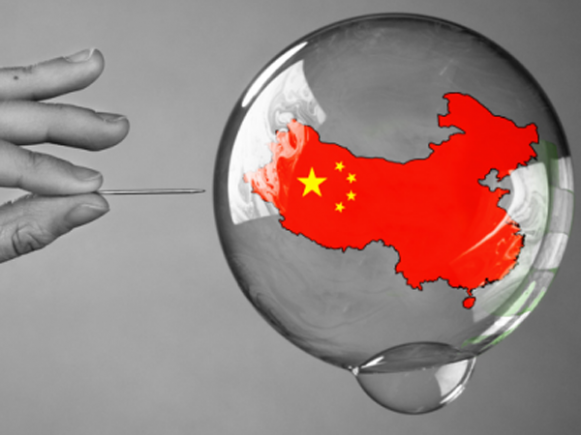 Newly released figures show that the Chinese economy in 2014 experienced its lowest economic growth since 1990. Furthermore, the International Monetary Fund downgraded its 2015 growth projection for China from 7.1% to 6.8%. According to the Financial Times, 30 out of China’s 31 provinces had missed their growth targets for 2014 – the only one which didn’t was Tibet, by far the country’s smallest regional economy.

Shanghai has even declined to project a growth target for 2015, after it fell a considerable 0.5% short of its 2014 target. Such figures illustrate the beginning of the end for China’s 'miraculous' boom, as the reality of capitalist crisis is seeping through to the world’s largest exporting economy.

In 2008, the world economy entered into an unprecedented crisis, yet the economy of the world’s biggest producer for overseas markets, China, seemed to escape relatively unscathed.

After an immediate drop in the rate of GDP increase to 9.6% in 2008 from the previous year’s 14.2%, the Chinese government embarked on a gigantic “economic stimulus package” equivalent to US$586 billion. This represented a pledge comparable to that subsequently announced by the United States, but  coming from an economy only one third the size. The injection of large quantities of funding by the state, especially credit, served to artificially cushion the economy.

The Chinese economy was not, however, immune from the global crisis, which resulted in a sharp fall in her exports. The state again stepped in with massive investments in infrastructure, which kept the economy going, although at a slower rate than before. This nevertheless had major consequences.

The most important was the build-up of massive overcapacity across the economy, and especially in construction and heavy industry. The state kept the process going despite the build-up of speculative bubbles, in property in particular.

The bourgeoisie internationally were mesmerized by the Chinese economy and claimed that it would drag the world economy out of the slump. However, as the Marxists said at the time, this programme only gave temporary relief at the cost of inflating gigantic bubbles in the economy. The property market soared and at its peak in 2010, the average house cost almost twelve times the average household income! This programme sustained the economy above 9% annual growth until 2012, by which point the property bubble was being deflated amid fears of it expanding to even more dangerous levels. Since then, China’s annual growth rate has begun to decline more rapidly.

This decline didn’t appear to bourgeois economists to be too much cause for alarm, as a slower growth rate meant more “stability” and a “healthier” economy, after all. The rate of growth has been decreasing in line with projected government targets as well as IMF projections. Meanwhile wages have been increasing, meaning more money for consumers, thus boosting the internal market which they hoped would make up for the loss in exports.

So far China has avoided a sharp downturn. This is mainly due to the state pursuing a Keynesian policy to keep the bubble inflated. All this simply meant that the crisis had been put off, but not avoided. The longer it is put off, the harder the crash will be when it comes. No “market economy” can avoid the laws of capitalism.

Last July, The Economist happily reported: “Fears of a property crash, corporate defaults and austerity in the age of anti-corruption all came to naught. China’s growth sped up in the second quarter, climbing to 7.5% year-on-year, smack in line with the government’s official target.” (The Economist, 16 July 2014)

Around this time, the Chinese government began to talk more regularly of a “new normal”: the country adjusting to new, lower growth figures previously unthinkable for any of the national target-setters.

It seemed that they had avoided the “heavy landing” down from the peak of the boom that some economists had previously feared. In the past six months, however, investment has continued to fall at an increasing rate, and property prices have continued their downward spiral.

The once “responsible” bureaucracy has had to take drastic measures to bolster growth such as the introduction of quantitative easing by printing an extraordinary 500bn yuan ($81bn) in September. According to The Economist, “The central bank did not actually announce the loan, doubtless because it did not want to look like it was going back on [Prime Minister] Mr Li’s pledge to refrain from stimulus.” (The Economist, 20 September 2014). But call it what you want, the facts cannot be changed. The Chinese bureaucracy is beginning to feel the constraints of the world economic crisis which is forcibly setting the agenda for its policies.

It has tried to deflate the property bubble and other unproductive financial bubbles. But still, before the final quarter of last year, the threat of a “hard landing” – i.e. a full-blown economic crisis – was great enough for the government to adopt the extreme measure of quantitative easing.

However, the result has not been what the government was hoping for. In fact since QE was introduced the Chinese economy has only slowed more quickly. While the state tried to control “a steady decline in growth”, which means that it tried gradually lowering the flow of state funds into the economy, the market reacted by violently cutting back on investments. Thus from October to September investments fell from 1.05trn yuan to 662bn yuan in October. So fast was the fall in investments, that the bureaucracy had to discuss lowering economic expectations for this year.

Further government measures are expected this year to try and stem the tide:“‘While a lag is possible, generally I believe that targeted easing so far are [sic] not effective enough to support China’s slowing growth momentum,’ said Shen Jianguang, chief Asia Economist at Mizuho Securities Asia Ltd, in Hong Kong. Shen said he expected conventional instruments such as RRR or interest rate cuts as soon as December.” (Bloomberg, 14 November 2014)

The cost of excess capacity 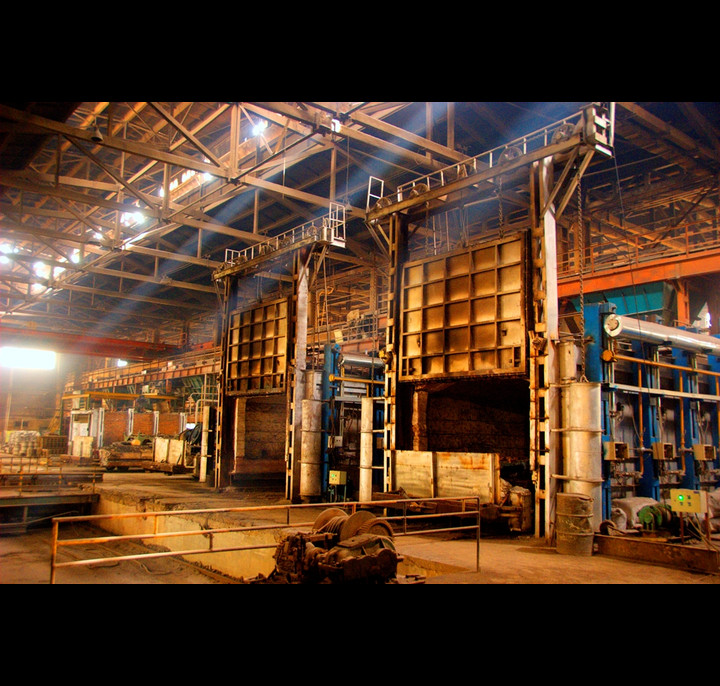 none of these measures are going to solve the main problem which is overproduction . As the growth in the US remains small and Europe is heading towards a slump, Chinese industry will lack a market for its goods. In these conditions, government stimulus can put off a crisis, but only a the risk of deepening it further once it comes.

The Chinese economy is moving inexorably towards a sharp slowdown. It is plagued with overproduction and what has been termed as "zombie factories". Total investment in fixed assets increased last year by 15.7 per cent, the slowest pace since 2001. In December the red lights were blinking as factory profits decreased by 8%. “Excess capacity” (i.e. overproduction) is beginning to impact on manufacturing beyond levels the state can control. A vice-minister at China's Ministry of Industry and Information Technology commented last month, "As the economy enters a 'new normal', the industrial sector faces increased downward pressures, unreasonable structures, (and) weak innovation capability."

This “downward pressure” is mainly due to lack of demand. Productive capacity utilisation is down to 70 percent overall compared with 80 percent in the US. Combined with the immense mountain of debt which has been created by the government programmes, the basis is set for destabilisation of the economy.

For a whole period, like a cartoon figure that walks off a cliff but doesn’t immediately realise, the experience seemed to defy the facts. But the facts were bound to catch up eventually. As much as the government has attempted to whitewash this central problem with even bigger Keynesian experiments and stimulus packages, the brutal contradictions are coming to the surface.

The simple fact is that Chinese production has gone beyond the limits of the world market, and by attempting to expand their own internal market for greater investment and consumption, the Chinese state has rendered even more acute the contradiction between wage labour and capital. Yes, wages in real terms may be increasing, but, as we have reported earlier, the reality for many is that relative wages are now falling.

The majority have benefitted hardly at all from the speculative investments encouraged by the government, apart from slightly better conditions of slave-labour. While property prices have dropped significantly, they are still four times the average household income. The other side of the end of the property boom is that wage shortfalls in the construction industry are now a regular occurrence.

Workers in the coal-mining and steel industries, two of the sectors most affected by excess capacity, will realise the precarious nature of their employment as the government begins an assault on what is deemed as wasteful production. Up until now, what the state had to offer these labourers subsisting in terrible living and working conditions was reliable employment based on cheap credit.

Today, the official jobless rate remains at 4.1 per cent, but this figure lacks any credibility.  Unofficial estimates put the figure closer to 20 per cent. Not least, some 274m rural migrant workers are almost entirely ignored by the job statistics. When most migrant workers lose their jobs they return home to the countryside, thus not appearing in the statistics.

The problem of unemployment is not a secondary question. Since 1989, the bureaucracy has been determined to create sufficient jobs for the millions entering the cities every year in an attempt to guarantee social stability and avoid popular uprisings. But if this begins to reverse, the bosses and the state will soon discover the real consequences of depriving increasingly emboldened industrial workers of their livelihoods.

China is now the world’s largest energy consumer, and only the US can compete in terms of overall industrial consumption of energy. Therefore, the increasing slowdown of its economic growth will have a major knock-on effect on other national economies, and the world economy as a whole. Countries such as Australia, New Zealand and South Africa will all see their raw material exports hit by China’s lowered growth projections and South America will be hit even worse.

China currently buys 40% of Chile’s copper, and already copper prices are down 11% after last week’s lowered projections of the IMF. The New York Times explains: “China’s voracious hunger for Latin America’s raw materials fuelled the region’s most prosperous decade since the 1970s. It filled government coffers and helped halve the region’s poverty rate.That era is over. For policy makers gathered here last week for the International Monetary Fund’s conference on challenges to Latin America’s prosperity, there seemed to be no more clear and present danger than China’s slowdown.” (NY Times, 16 Dec 2013)

The recent fall in oil prices was also closely related to the world crisis and its reflection in the slowdown of the Chinese economy. In the past China’s growth, together with its knock-on effect on Asia and beyond, was a key factor in avoiding a worldwide slump. Now that China has begun to slow down, and with the prospect of further declines in the coming period, it will turn into its opposite, becoming a major contributing factor to a world crisis of capitalism.