Comrades on holiday in France get a taste of the protests taking place there. 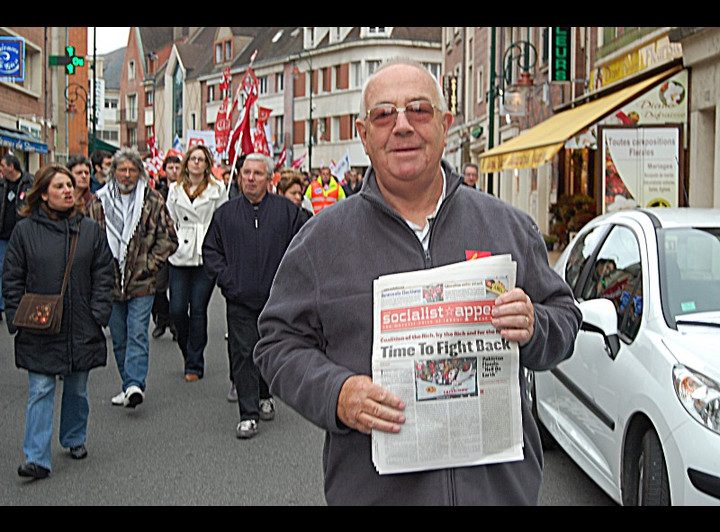 There we were slowly wandering north through France heading home after a great holiday. On arriving in Gien on the Loire in the evening we found that we could not replenish our diesel tank. There was, it seems, a “rupture de gasoile”. Having been informed that it was “possible” that “peut etre” there could be “gasoile” in the morning we settled down for a quiet evening by the river. 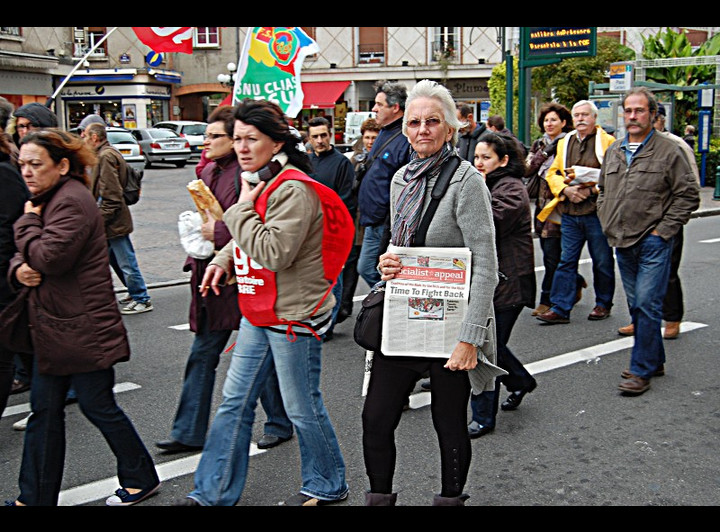 In the morning, after a late breakfast we were preparing to leave when we heard familiar sounds from over the Loire. Loudspeakers were calling out, sirens were sounding and then? Surely not? But, yes, a loud rendering of “here we go, here we go” in excellent English! We crossed the river, parked up and joined the march. Many hundreds of workers and youth were on a very noisy march around this small town. We joined in and were made welcome as we waved a Socialist Appeal and were all able to understand we faced the “meme problem”. 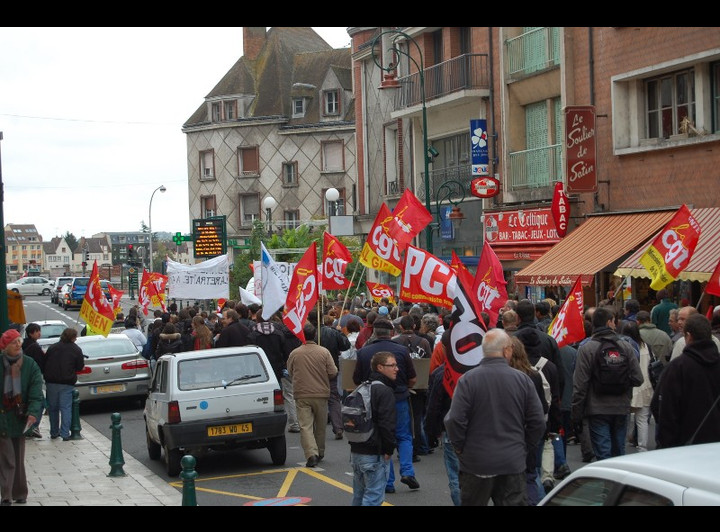 Having been able to fill our fuel tank we could hurry on to get our ferry in Calais. We stopped off at Boulogne to do a bit of shopping and wow! Police diverted us away from the main road so we had to find another way. “Boys bach” as they say in Wales! The streets were blocked with bonfires, barricades of tyres and lots of people. As lorries were turned back the pickets directed us through a chicane of obstructions. Going, as directed, the wrong way round a roundabout we honked our support to the crowds of workers and received a huge cheer in response.

The French workers are clearly a brave and determined lot. I remember some years ago on the occasion of another dispute in France when their tough actions were shown in the British media. A fellow worker said, "Look, these Frenchies don't f**k about! They get on with it!” If the French labour and Trade Union leaders had a tenth of the determination of their members, victory would be nigh!