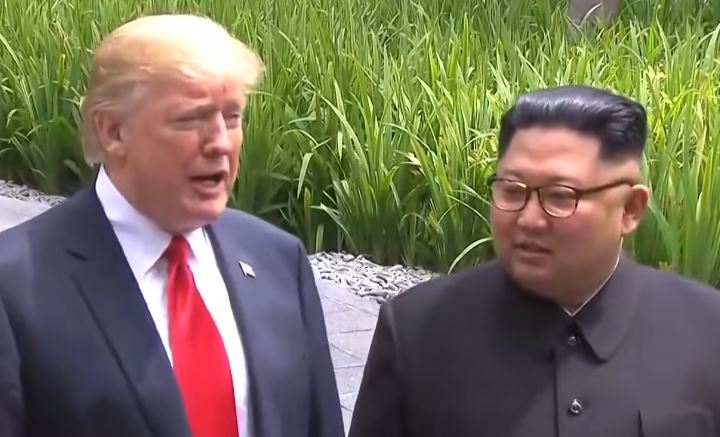 The meeting in Singapore between President Donald Trump and North Korean leader, Kim Jong-un went off without any major bust-ups. In fact, it was all smiles. They even managed to agree to a joint statement, which was more than one could say of the G7. In reality, of course, they agreed hardly anything.

It was slightly-less than a year ago that Trump referred to the Little Rocket Man and compared button sizes with the North Korean leader (“mine’s bigger than yours”). Now, the tone is very different. As we pointed out repeatedly (see this article for example), there was never going to be a war between the two countries, and moreover, no one is interested in continuing the conflict.

A lot was at stake for Trump and his unorthodox method of diplomacy. Over the last few days he has been downplaying expectations, but he needed to get something back from Kim to save face after getting a lot of criticism for agreeing to the meeting. The agreement was not by any stretch of imagination, “comprehensive”, as Trump put it. It’s about a page long. Yet, neither was it a disaster.

Kim promised to work towards a nuclear-free Korean peninsula but made no promises as to when. He agreed to stop tests but he already agreed to that before, and it is doubtful whether they would have continued anyway. He also agreed to close a missile-testing site but that’s hardly earth-shattering news.

The US in turn agreed to stop military exercises with South Korea, which can of course be resumed at relatively short notice anyway. The US also gave “security guarantees”, whatever that means, and in reality none of the imperialist powers are interested in overthrowing the regime regardless.

The question is only what terms the two sides can agree on. The deal that was agreed today says very little about the most crucial point: denuclearisation. The significance of the agreement is that it lays the basis for future negotiations. As Trump puts it, they will “meet again...many times”.

The main obstacle is of course the question of nuclear weapons, but it appears as though Kim is willing to make some kind of deal on that from his present position of strength. Another major obstacle is the fact that the imperialist powers are now jockeying for positions. They all want a piece of the pie.

The Chinese were probably the reason behind the latest bust-up that almost got the summit cancelled a couple of weeks ago. The Chinese were making the point that the US had to play nice with them in order to get agreement with North Korea. The South Koreans quickly rushed to North Korea to resolve the tensions, and succeeded in getting this Singapore summit back on track. In the end, the North Korean delegation symbolically flew to Singapore on a Chinese government jet.

A deal on the Korean peninsula would be a step forward for imperialism. It would set the North of Korea firmly on the path towards capitalism and prepare the way for foreign investment to exploit the North Korean working class. The pace, and details of this remain to be worked out.