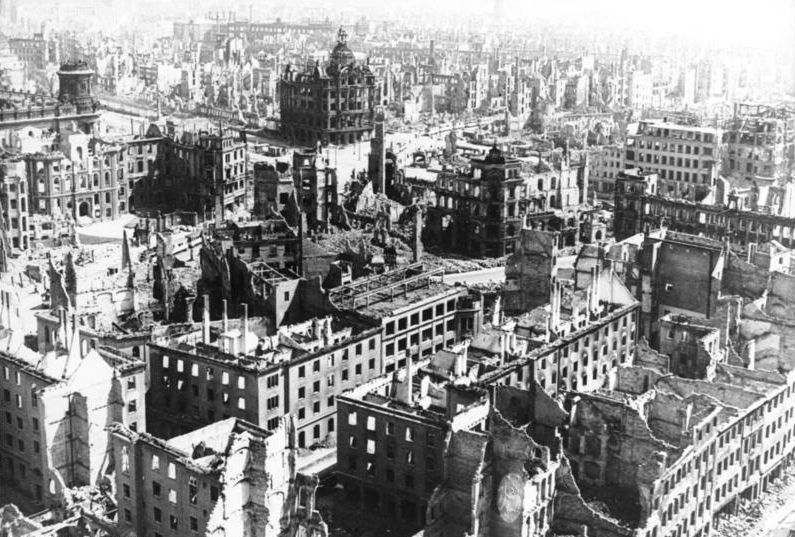 With the invasion of Norway and Denmark the war has entered the stage of active hostilities. The allied press has made great play with the attack on these small countries' independence as further proof of the moral leprosy of the 'German barbarians.' From the purely strategic and economic implications involved, the calculation of the move fills the journalistic hacks with spurious indignation.

The virtuous fury displayed would have had a more genuine ring if the Allied mine-laying in Norwegian territorial waters had not coincided with the German attack. Then the story was different. Said the Paris correspondent of The Times on April 9th: "For the first time since the beginning of the war, in fact, it is seen that the Allies have got in a blow ahead of their enemies, and the result is a feeling of real encouragement, coupled with the belief that at last the conduct of the war is being tackled with the energy it deserves..."

From this point of view it can be seen that the Nazi coup in Norway meant merely that the German imperialists â€˜got in a blow' ahead of the Allies. Both sides manoeuvred for the vantage point to strike hard at one another. The Germans, of course, following the familiar technique, announced that the Allies and Germany have found a battlefield, and that they had invaded Denmark and Norway "in order to protect them" from Allied action.

Whatever the results of the Norwegian conflict, the fighting is likely to be savage. Now Norwegian people are certain to be bitter; Norway will be blown to bits.

One reason for the immunity of London and Berlin, up to the present, is the fear that mass air-raids would engender reprisals, and the fear of the altered mood such havoc would bring in the minds of the British and German workers; plus the fact that such actions would mutually cancel each other out. If decisive advantage were to be obtained, neither side would hesitate before unleashing the most fearful slaughter of civilians. But in the case of Norway no such scruples will be taken into consideration. The belligerent powers will cheerfully tear Norway to pieces. Already the RAF and the German Air Force in Norway are bombing each other's bases, sources of supply and occupied towns without mercy.

The cringing Norwegian capitalist class, sections of which desired to come to terms with Germany as agents in the exploitation of the Norwegian workers, and others who had accepted the support and, implicitly, the domination of the Allies, were not able to save Norway from becoming a slaughterhouse.

But the extension of the war will not stop at Norway. Norway is neither broad enough nor important enough to decide the issue. No matter who wins on this front, the war will not be ended. On some pretext or other Sweden will almost certainly be drawn into the conflict. But even the domination of all Scandinavia cannot mean victory for either side.

The Allies and Germany will look for new battle fronts; hence the impotent terror of all the small neutrals in Europe. Like rabbits caged with rattlesnakes fighting over their prospective prey, they search frantically for a means of escape from the doom which confronts them.

Already Holland and Belgium protest with monotonous regularity to both Allies and Germany against the violation of their territory by aeroplanes. Their protests will avail them little. They have nothing to gain and everything to lose by being involved in the war. But, in this battle of the great powers, the small nations have no alternative but to be forced one way or the other. Scant respect for their desires will be shown by either side under pressure of military necessity. In a matter of weeks, or months at most, the Low Countries will be in the war. The Balkans too cannot escape the holocaust. They can only crouch and manoeuvre desperately while the great powers prepare an extension of the war to South-East Europe.

The attempt to bribe Italy away from Germany apparently has failed. The Italian press once more conducts a virulent anti-British campaign. Simultaneously, the British capitalist press begins to remember the crimes of Italian Fascism, which, after all, is twin brother to Nazism. Forgotten is the praise accorded to Mussolini in the leader columns of The Times, for instance, as a "consistent opponent of Bolshevism," a defender of civilization against the Red menace, during the course of the Finnish War, when a certain amount of support was given to Finland by Italy.

And alas, for the sacred duty of finishing with â€˜aggression,' proclaimed as the war aim of British â€˜democracy,' the British Government has tentatively attempted, already, to arrive at a new agreement with Russia. "Poor little Finland" is quite forgotten in the needs and aims of British diplomacy.

Across the Atlantic the war clouds are gathering as Japan and America prepare to â€˜protect' the Dutch East Indies when Holland becomes involved in the war. North and South, Pacific and Atlantic, over all Europe and the greater part of the globe, the shadow of Armageddon deepens. The world is one economic unit, and the fate of the world is being decided now.