Over the past week, tensions within the Saudi led coalition fighting Houthi forces in Yemen have reached a critical point. Between Sunday and Wednesday, troops loyal to the Southern Transitional Council (STC) took hold of all but a few remaining areas of the port city of Aden and surrounded the presidential palace in which the cabinet was essentially besieged.

The events followed a conflict between the Saudi supported Hadi government and the STC the previous week where the government reportedly cracked down on a rally called by the STC. Following this, and blaming the government for corruption, non-payment of wages and for causing the collapse of the Yemeni Rial, the STC set a deadline for the removal of the cabinet headed by Prime Minister Ahmed Obeid bin Dagher.

Seeing that its demands were not met, troops loyal to the STC quickly swept through the city taking over all but a few of its neighbourhoods and effectively besieging the presidential palace with some reports claiming that the Saudi troops guarding the palace had already been defeated. Significantly, there have been reports of Emirati jets giving aircover for the advancing STC linked forces against Saudi linked troops. 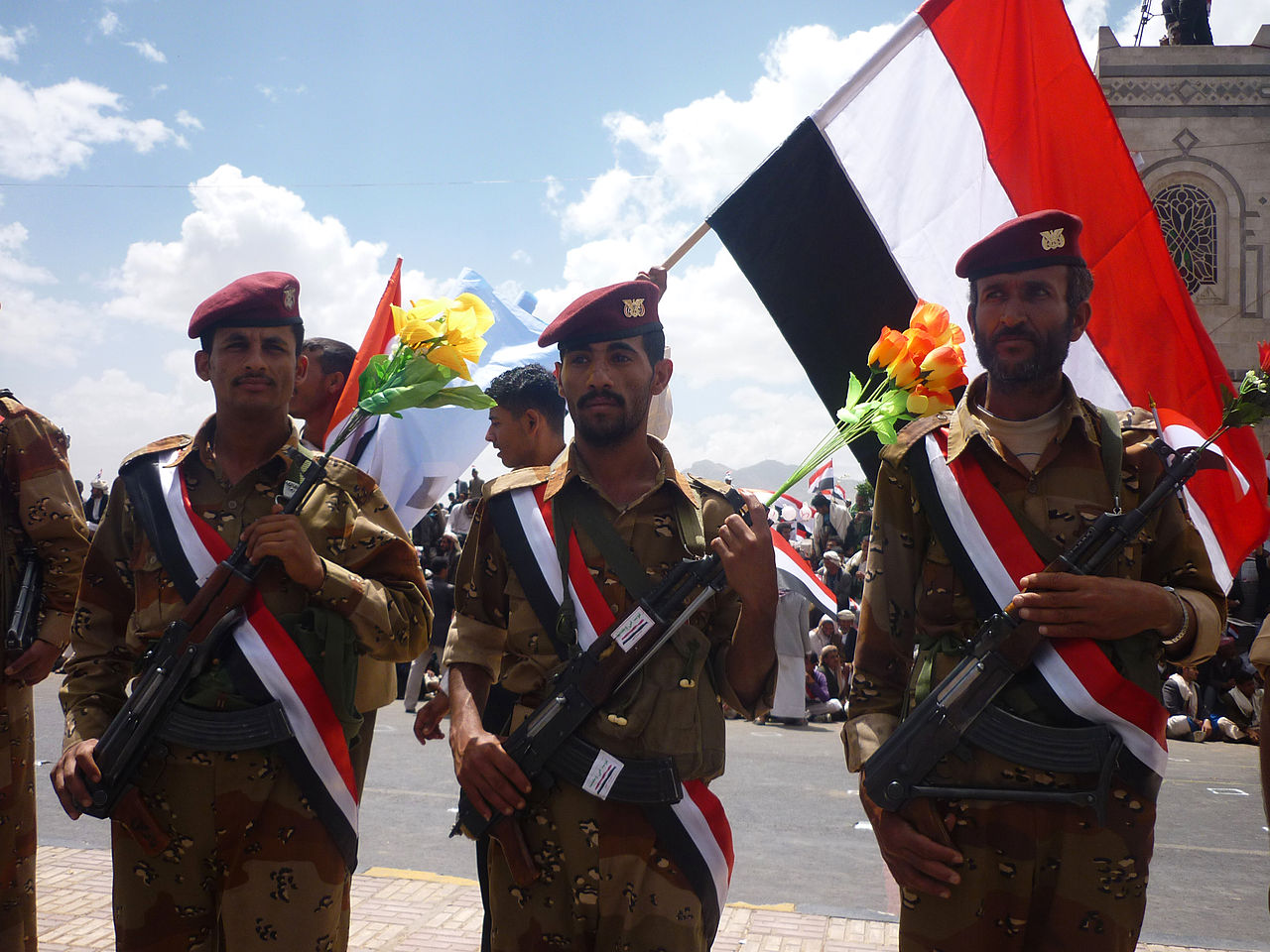 On Wednesday, a deal seems to have been reached which, if confirmed, will mark a full victory for the separatists and a complete humiliation for the Saudis and their puppet regime. According to the reports the deal includes the following points: All of Aden’s security will be left in the hands of Emirati and STC linked forces; the STC will become the recognised entity representing southern Yemen and an equal partner in the Saudi-led coalition; the present government will be sacked and a new one formed where the STC will nominate ministers and governors who preside over the matters relating to the south; the UAE will organise a separate army of South Yemen; the UAE will be responsible for the rebuilding of Aden and supervising services in cooperation with the STC.

Ejected from all the main cities, Saudi troops are being left with little room to manoeuvre. The coalition is now a hostage of the STC which is the only real force wielding power on the ground in the south - at least in the main cities. The Hadi government is reduced to being a government of the frontlines, although even here it is not in control of the myriad of mercenary, Jihadi and tribal forces it has enlisted. The STC has confirmed its intention to continue to support the Saudi effort to fight the Houthis who took power in Sanaa and northern Yemen in 2015, but it is clear that it is far more interested in fighting Al Qaeda and consolidating power in its own areas. Southern forces have little support in Houthi dominated areas, and they are not motivated to wage a war for those areas either. A de facto splitting off of southern Yemen has taken place, falling under the influence of the UAE and not Saudi Arabia.

Since unification with the north in 1990 southern Yemen has rebelled a series of times against northern domination. After the fall of Ali Abdullah Saleh in the 2011 revolution, all political forces including southern Nationalist leaders joined the Saudi promoted transitional regime led by Hadi. But seeing nothing had changed fundamentally, the masses quickly returned to the streets. In the south the movement quickly became the most formidable threat against the government. Disillusioned with the rotten Saudi imposed transitional regime, and lacking a revolutionary internationalist working class leadership, the demands for secession gained ground. In the north, the lack of any revolutionary alternative left a vacuum that the Houthi forces stepped into, taking power in early 2015 and forcefully trying to expand their rule throughout the country. This led to clashes with nationalist militias in the south which became key elements in taking the city of Aden. Whereas the southern nationalist militias officially became a part of the Saudi led war coalition, they were never motivated to go beyond their own traditional areas and they were always mistrustful of Hadi and his government.

No honour among thieves

Having embarked on the war against the Houthi forces after these took power in 2015, the Emiratis and the Saudis thought the war would be a quick affair. But the front lines quickly froze revealing the complete lack of support for the war and the Hadi regime that it was promoting. Seeing the impending defeat, the United Arab Emirates, that have been the closest ally of Saudi Arabia in the past period, changed their focus away from the ongoing war. For Saudi Arabia withdrawal is not as simple.

The Saudi crown prince Muhammad bin Salman (MBS), who is the real ruler of the kingdom, bet a lot of his authority on the war. While imposing austerity at home, he has spent billions in fighting the Houthi forces and achieving nothing. With Saudi society in a deep top to bottom crisis, a defeat would immediately strengthen MBS’s opponents in the royal clique, as well as lead to rising anger amongst the masses. One of the main reasons for starting the war was for MBS to give a concession to the Saudi Jihadi movement, which in spite of being at the heart of the kingdom, is also fiercely opposed to the royal family. But having failed to export these forces, they are sure to come back home to the roost. Finally, a defeat for Saudi Arabia in Yemen would immediately consolidate Houthi rule as well as give Iran, a Houthi ally, an important base on its border. Thus a defeat would spell disaster for Saudi Arabia. 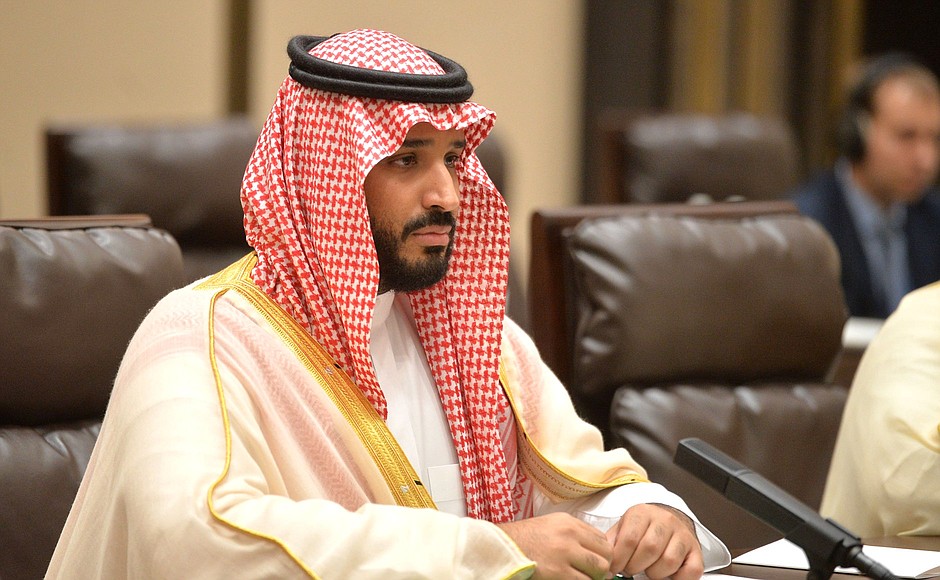 The UAE, on the other hand, has few of such concerns. While it would seem that the move to consolidate power in Aden was done without Emirati approval, it nevertheless is in line with the general trend followed by the Emiratis. That is, to gradually disengage from the war on the Houthis and focus on setting up its own power base mainly centred around Aden which has a strategic position at the Bab-el-Mandeb strait. Furthermore the Emiratis are intent on fighting Al Qaeda, whereas the Saudis are less interested in that. The Emirates, and in particular its ruler Khalifa bin Zayed bin Sultan Al Nahyan, have had a close relationship with MBS and were instrumental in helping him rise in the ranks of the Saudi royal family. In the past period where Saudi Arabia has been increasingly isolated internationally, coming into conflict with Turkey, Qatar and even the US, the Emirates have been the kingdom's closest allies. But the changing circumstances on the ground are damaging this alliance.

It is clear that the war on the Houthis was lost a long time ago. The Hadi regime is never going to rule Yemen. Hadi was appointed in 2012 and his term ran out in 2014. He is completely discredited and his compliance with his Saudi masters and the brutality of the war he supports have left him with no base whatsoever on the ground. The Emiratis are merely pulling out and having built a base on the ground, gaining leverage over the Saudis who now need Emirati compliance to operate in Yemen.

More importantly, it is not certain which side the US will take. US imperialism, although it is deeply involved in the war, has been wanting to pull it back in from the beginning. It is far more worried about the rise of Al Qaeda than defeating the Houthis who have often worked with the US in the past. There has so far been no official US response to the events in Aden. This indicates that Donald Trump's promise of sticking to US allies, are just as empty as Obama’s. In Syria, Iraq, Lebanon, and Qatar, US imperialism has taken decisions which were directly opposed to the wishes of the Saudis. This is because it is not in the US’s interests.

What is taking place in Yemen is yet another part of the existential crisis of Saudi Arabia. Although the war on Yemen was clearly a shortsighted and stupid move from the point of view of the Kingdom’s ruling class, yet there is a logic to it. Like the recent civil wars in Syria and Iraq, the Yemeni war was started partially to combat Iran’s growing influence, but more importantly in order to appease the Wahhabi opposition movement inside the Kingdom itself. The crisis of US imperialism and the economic crisis is upsetting the delicate balance on which the kingdom was built. While MBS is trying to appease the youth and the demands for democracy with small democratic concessions at home, he is trying to appease the clerics with international adventures against a phantom Shia threat. But none of these will satisfy the needs of any of these groups. Meanwhile the royal family itself and the tribes which are connected to it, are in a vicious internal war which so far has seen MBS’s faction succeed. But rest assured that once his star begins to fade, all the knives will be out for him.

The defeat in Yemen will increase all of the pressures which are building up. Many times in history a military defeat has been the forerunner to revolution. In Russia this was the case both in 1905 and in 1917. What the result of a social explosion will be in Saudi Arabia is hard to tell, but it is clear that the status quo is bound to break up at a certain point. 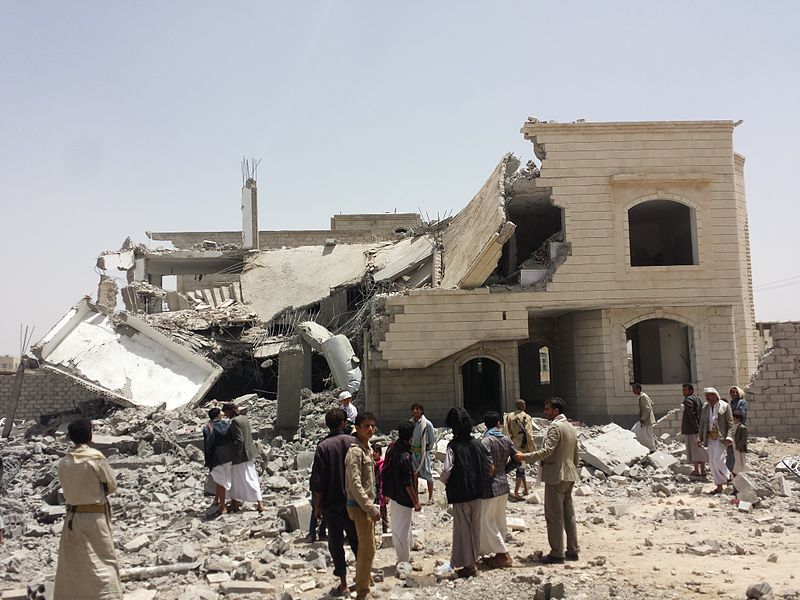 Destroyed house in the south of Sana'a / Image: public domain

This stage in the decline is the most dangerous in the life of any regime. The Yemeni masses are feeling this everyday. The situation does not look bright. The Saudi war has destroyed all of the main infrastructure of the country. It has killed tens of thousands and left millions in a state of starvation. Yemen was already the poorest arab country, now huge parts of it have been reduced to a state of barbarism.

The masses in Yemen rose up heroically during the 2011 revolution, but they were not able to take take power into their own hands due to the lack of leadership. Thus the power vacuum was filled by a whole series of different counter-revolutionary groups who now hold the Yemeni masses hostage to their own reactionary internal conflict. That is a bitter lesson to learn, but it serves to prove that no capitalist force can solve the problems of the masses of the Middle East.