Energy workers in Nigeria recently held protests in Lagos against the privatisation of the sector. Significantly, there were banners calling for the building of the Labour Party as a working class political alternative. 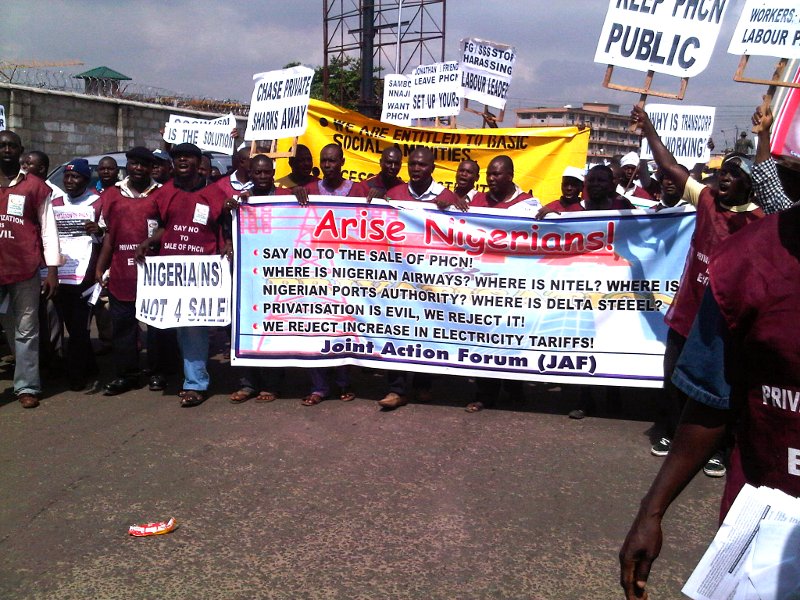 When the Nigerian ruling class commenced its aggressive sale of Nigerian public properties under the IMF-inspired policy of privatisation over a decade ago, the leadership of the Nigerian Labour Congress and Trade Union Congress (the main trade union centres in Nigeria) did not face any opposition as they joined in in the euphoria. The leadership of the trade unions was so free from the pressure to the extent that they rushed to join the government committee saddled with the responsibility of selling all these properties. Over a decade later, Nigerian workers have learnt their lesson.

Unfortunately, they have had to learn it in a very damning and bitter way. Hundreds of thousands of jobs have already been lost without any compensation. The former staff of the Nigerian Telecommunication Company is presently owed 34 months’ salary. Of over 100 parastatal companies have already been sold, and only 10 are still functioning. SO, how else do we expect Energy workers to respond when the touch light of privatisation reaches them? 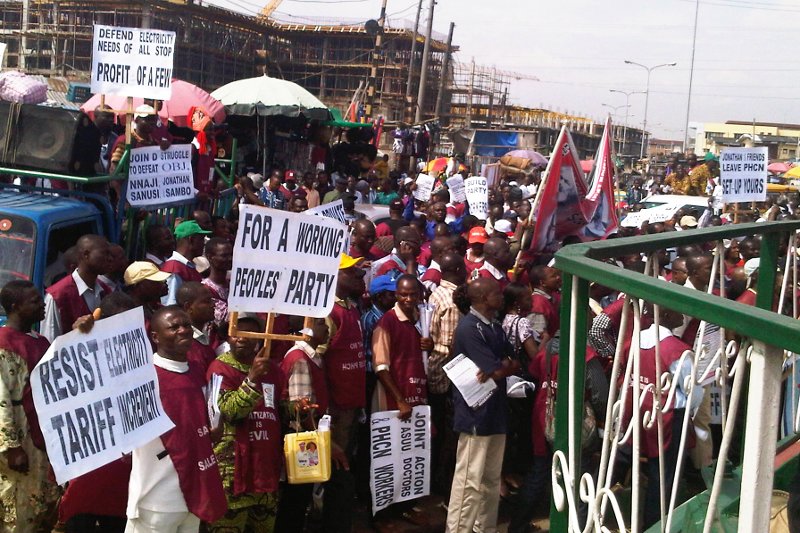 On October 25, workers of the Power Holding Company of Nigeria (PHCN) under the aegis of the National Union of Electricity Employees staged a public street protest in Lagos, the commercial centre of Nigeria, against privatisation. The protest started out from the NLC Secretariat at Yaba and ended at the PHCN National headquarters, Marina. There was a very strong determination displayed by the workers during the protest. It is very significant to note in the protest, that there were a series of placards calling on the leaderships of the major trade union centres to build the Labour Party as a working class political alternative.

The Nigerian ruling class has no other alternative other than privatisation. Only a government of the Nigerian working class can genuinely put a stop to this policy. The Labour Party already exists, but as long as workers are not mobilised to fill its ranks, anti-worker individuals will continue to flood in without opposition. Therefore, the first step is to move in hundreds of thousands to join our party, the Labour Party and take the power away from this inept, inefficient and extremely corrupt Nigerian ruling class.