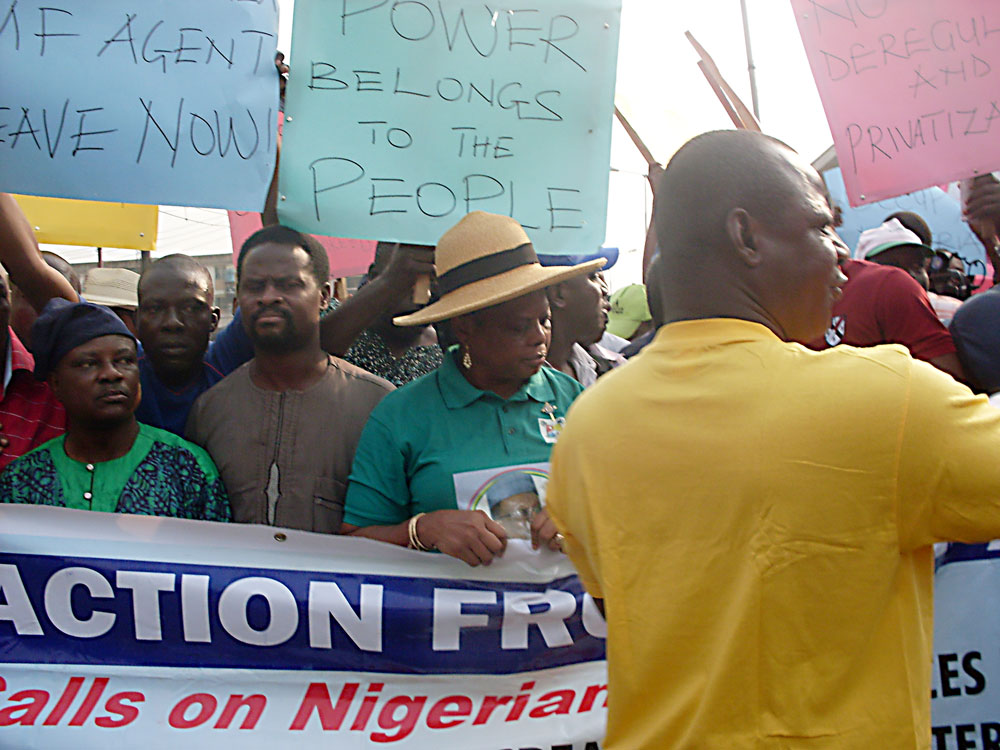 Human consciousness is naturally conservative. People naturally stick to the old ways of doing things, but when a great event occurs, consciousness becomes transformed in a matter of seconds and people begin to question what they have not been questioning before. This perfectly confirms the present Nigerian situation. (3 January 2012)

For decades, many had written Nigerians off; they said they are docile people who cannot stand up for their rights; they even went further to say that the Arab Spring could not happen in Nigeria because Nigerians are too religious, cowardly and extremely tribalistic.

However, what has been happening since Monday, January 2nd 2012, after the announcement on Jan 1st, by the Nigerian government of the increase in the pump price of petroleum from N65 to N141 despite overwhelming opposition to it by Nigerians, confirmed the opposite of these assertions.

Immediately after the announcement, the consciousness of the Nigerian masses became transformed and they started questioning their old believe, even people that voted for this regime nine months ago started clamouring for its immediate removal. On Monday, Jan 2nd 2012, Nigerians came out en masse, irrespective of their religion and tribal orientation in Abuja, Kano, Zamfara, Sokoto & Port Harcourt to express a clear NO to the hike in the price of fuel, among other demands. Some people were arrested in Abuja and they were later released.

On Tuesday, Jan 3rd, 2012, a date chose by the Joint Action Front(JAF), there were protests in Lagos, Ibadan, Abeokuta, Ilorin, Abuja, Kano and Port Harcourt. In Lagos, where we participated, the protest started as early as 8am in the morning from the NLC secretariat in Yaba. Over 5,000 people marched from Yaba through Ojuelegba, Lawanson, Ikorodu Road and terminated at Ojota. Ikorodu Road was paralyzed for many hours.

People left Ojota with the resolution that they will continue the protest in their various neighbourhoods tomorrow. In Ilorin, one protester was killed and many injured. The two main labour centres will also be meeting tomorrow and there is a very likelihood that a general strike will be called soon. It is very difficult for the union leaders to remain silent in the face of all this independent action because they know their credibility is also on line.

What is clear is that “Occupy Nigeria” has fully commenced, Nigerians are beginning to take their destiny into their own hands and they are saying enough is enough. At the end of the Lagos protest we sold 200 copies of the