As the 2011 Rugby World Cup opens up in New Zealand we publish an interesting comment by Miles Lacey on the sharp class divide that was revealed during the 1981 (South African) Springbok Tour of the country. This was at a time when the Apartheid regime was still in power in South Africa. Wherever the – all white – South African team went it faced protests by angry workers and youth, and also the full force of the New Zealand police.

From 9th September to 23rd October, 2011, New Zealand is host to the 2011 Rugby World Cup. By all accounts it is shaping up to be a non-event in New Zealand with less than a third of those polled taking an active interest in the event despite rugby being the national sport of New Zealand. This is a far cry from the days when the nation would grind to a halt for international rugby matches involving the All Blacks. This lack of interest in the Rugby World Cup is not only due to the inability of thousands of working class New Zealanders to attend rugby matches but the fundamental change in attitude towards the national game that resulted from the 1981 Springbok Tour. 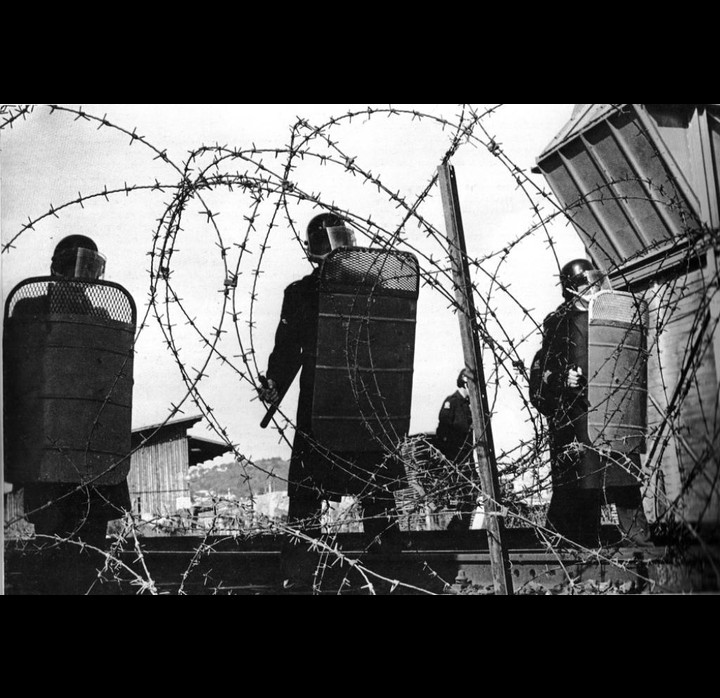 From July to September 1981 the South African rugby team – the Springboks – toured New Zealand. During that brief period the national game did not bring New Zealanders together but divided them to an extent that had not been encountered before or since. This was primarily due to the degree of violence that was deployed by both the state and the reactionary elements of New Zealand against a broad cross section of New Zealand society ranging from academics to workers.

Although the 1951 Watersiders Strike and the introduction of a punitive state of emergency in response to this strike and the riots in the major centres in the early 1930s during the Great Depression had both scarred the national consciousness of the working people of New Zealand the actual impact of both events was confined to a relatively few number of people. In contrast, the Springbok Tour of 1981 and its consequences impacted upon virtually every New Zealander to some extent regardless of their class, political beliefs and race.

Rugby tours with South Africa since the introduction of apartheid, essentially racial discrimination built upon the notion of the superiority of the white race, in 1948 had been highly controversial in New Zealand but especially since 1960 when Maori All Blacks were specifically forbidden on the grounds of their race to participate in an All Blacks tour of South Africa. Later, as a compromise, the Maori were allowed to go to South Africa to play rugby as “honorary whites”: a designation that was deemed to be derogatory and racist by many Maori and non-Maori alike.

Despite this commitment the New Zealand Rugby Union invited the Springboks to tour New Zealand between July and September 1981 and the then National government under Robert Muldoon agreed to let the tour proceed on the basis that “politics must not interfere with sport”, a sentiment that stank of hypocrisy considering that New Zealand was one of many nations that boycotted the 1980 Moscow Olympics in protest at the Soviet Union's invasion of Afghanistan in late 1979.

When the Springboks arrived in New Zealand on July 19th, 1981, they had little idea of how controversial the tour actually was. Thus, they were taken aback by the scale and intensity of the protests that greeted them and would follow them throughout New Zealand, resulting in the cancellation of the Hamilton match on July 25th and the Timaru match on August 19th, and the postponement or delay of others. Protests in Gisborne, Hamilton, Wellington and Christchurch were marked by violence due in no small part to angry rugby fans attacking protesters while the police looked on or protesters being attacked by specially trained riot police squads launching baton charges against protesters. By the time the Tour ended in mid-September the divisions that it had created in New Zealand society would take many years to heal but it also had some surprising results.

Although a major part of the violence that occurred was centred around the ethics of maintaining sporting links with an openly racist regime despite having signed an international agreement not to do so, this was not the only thing that led many people to take to the streets.
The late 1970s and early 1980s had been marked by rising levels of unemployment, wage and price freezes and rapidly increasing rates of inflation that was impacting upon the standard of living of an increasing number of New Zealanders, especially the working class, who were also bearing the burden of factory closures. Major protests had taken place in Auckland and Wellington calling for increases in wages but the protests were increasingly marred by internal bickering between unions and the media presenting the protesters as communist agitators, although the numbers of communists involved in the trade unions were very few in number and fewer still held leadership positions, despite trade union membership at the time being compulsory. 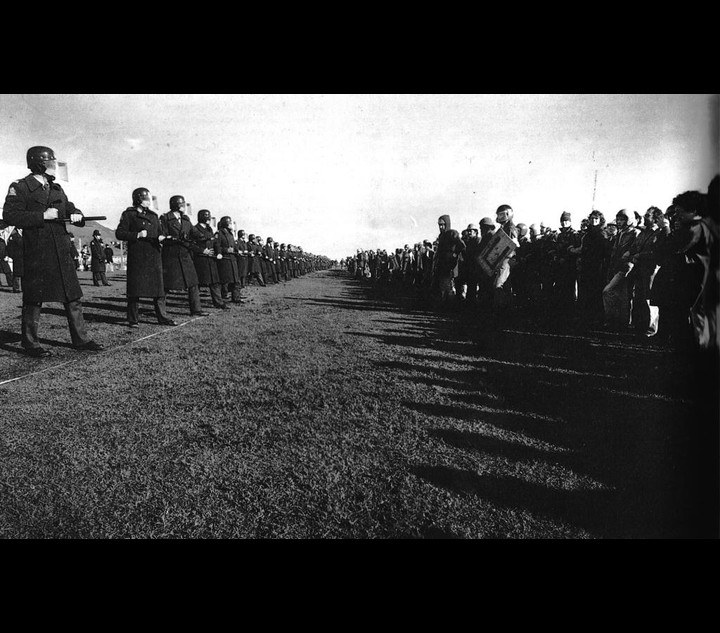 Another major change in New Zealand's political and social landscape had been the emergence of militant Maori activists who saw many parallels between the situation facing the blacks in South Africa and themselves, especially in regards to racial discrimination, marginalisation from their lands, the lack of respect of their language and cultural traditions by the majority of whites and the failure of successive governments to honour the Treaty of Waitangi. Clashes between Maori activists and their supporters and the government over land rights had often been aggressive, but an ominous sign of what the anti-Springbok Tour protesters were to encounter in 1981 were revealed at the end of the 507th day Bastion Point land occupation on 25th May, 1978, when the army and police were deployed to forcibly remove the protesters.

The volatile mix of a conservative, often racist, capitalist establishment that was prepared to allow an illegal and racist rugby tour, people calling for a “fair go” and demanding that New Zealand should not allow a tour to go ahead for ethical reasons, Maori activists who identified themselves with their oppressed brethren in South Africa and workers and others who were angry with how socially backward New Zealand had become, in particular with its “beer, racing and rugby” culture came to a head during the Springbok Tour and changed how New Zealanders saw themselves.
Many of these various groups mobilised under the banner of Halt All Racist Tours (HART) which was led by John Minto, who would become one of the most hated men in New Zealand amongst the rural-conservative elite and devout rugby fans, as he became the public face of the protests.
Despite attempts to portray HART as a rabble of communist and leftist agitators, the organisation was a broad mix of various groups from across the political spectrum united only by their opposition to sporting links with South Africa because of its policies of legalised racial discrimination favouring whites. Primarily because of its broad based membership the organisation initially embarked upon peaceful, non-threatening activities such as petitions and marches but, as the reaction of the authorities and more fanatical rugby fans turned violent, the anti-Tour protesters took to wearing motorcycle helmets and carrying weapons of their own.

The polarisation of much of New Zealand society that resulted from the Tour was a key reason behind the National Party comfortably winning the 1981 General Election but a silent revolution had taken place in New Zealand nonetheless.

For me, as an eleven year old boy, the revolution that swept through New Zealand manifested itself in a subtle but far reaching way. Before the Springbok Tour it was considered to be unthinkable for a boy to play a sport other than cricket or rugby or a girl to play anything but netball. After the Springbok Tour the image of rugby had been so badly tarnished that other sports were offered in schools with the result that soccer, hockey, rowing and tennis – to name but a few – suddenly became popular. With the broadening of options in sports came a much broader opening up of society as a whole with a greater respect for civil and human rights, the legalisation of homosexuality and the criminalisation of rape within marriage in 1986, and the outlawing of discrimination against people on the basis of sexual orientation and illnesses such as AIDS/HIV in 1993. The less savoury aspect of the greater opening up of society was the emergence of neo-liberal economic policies that were introduced from about the time of the election of the Labour government in 1984 that would not have been possible had it not been for the belief that New Zealand was being choked by the micromanagement of New Zealand life by the likes of Robert Muldoon and the conservative, rural-based elite that dominated New Zealand social and political life for most of this country's history.

A silent revolution had taken place in New Zealand between July and September 1981 but it was not one involving bombs or bullets but one in which the hearts and minds of thousands of people were changed forever. New Zealanders were no longer prepared to accept domination of their lives by a conservative, reactionary and rural elite whose world view had been shaped by the “beer, racing and rugby” culture. Once that culture had been challenged and found wanting other changes that were no less radical were able to take place, not least the questioning within many elements of South Africa's white minority of the benefits of apartheid after they witnessed (albeit heavily censored) television images of a country being torn apart by a game that should've united two countries on the sports field.

The days when a game of rugby could be used to foster a sense of national pride and unity – and paper over the many divisions within New Zealand including that of class – had come to an end: a lesson that appears to have been lost on the present National-led government as it hopes to cash in during the November 2011 elections on the “feel good” factor arising from an All Blacks victory.

So, as we tune in to watch the Rugby World Cup in 2011, or not, the media bosses will again try to pretend that the whole nation has come together as one to cheer on the All Blacks as they tried to do in 1981. Then, as now, the many divisions within society that existed then and still continue to exist today will be glossed over. The only difference is that in 1981 people took to the streets to highlight the issues that rugby bosses wanted to brush under the carpet. Today their voice is being expressed through the refusal to purchase tickets to the matches or simply changing the channel.