“Dirty politics” is the name of a book by investigative journalist Nicky Hager. In it he claims that New Zealand government ministers, including Judith Collins, passed on intelligence and other private communications about certain individuals to the controversial right-wing blogger Cameron Slater, known by his blog name Whaleoil. The book has highlighted a lot of the dirty and underhanded techniques used by this National-led government to undermine their critics. 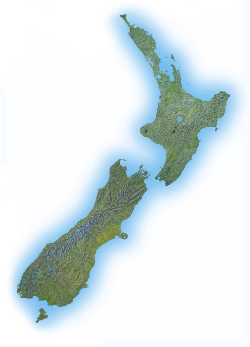 However, it has also created some controversy in that the book has mostly reprinted e-mails that were hacked or otherwise obtained using dubious, possibly even illegal, methods.

There is no secret about the links between the National Party and the bourgeois media in New Zealand. Fairfax, Newstalk ZB and other New Zealand media networks are dominated by right-wing commentators and journalists with the odd token “liberal” person allowed to submit the occasional column to counter the accusation that the New Zealand media is totally dominated by Tories.

What is new has been the confirmation of how the media, in particular right-wing bloggers like Cameron Slater, have been able to gain access to information that is supposed to be confidential or private from Cabinet Ministers who have used these bloggers to undermine critics by doling out dirt on them. It would be easy to sit on the side-lines and argue that this is just typical bourgeois politics.

It is of course true that it is typical of such politics – the dubious link between politicians and media commentators is well known, as are their links with wealthy business interests – but in a country like New Zealand where we have always liked to believe that our politicians are above such behaviour the revelations in Hager's book have come as a surprise and a shock to many. It has served to further undermine confidence in the current bourgeois political establishment.

New Zealand has had one of the highest voter turn-outs for a country that doesn't have compulsory voting. Yet, New Zealand has witnessed a steady decline in the number of people bothering to go out to vote in both local and general elections since the 1990s. To a large extent this has stemmed from disillusionment from the lack of any real choice between the two major political parties and the generally repugnant nature of many of the smaller political parties. Add to this the problem of unpopular politicians being virtually entrenched in Parliament for life, under our Mixed Member Proportional (MMP) voting system, who are relatively unaccountable either to their respective political parties or to the people as a whole and it doesn't take much to work out why voters are becoming increasingly disillusioned. It's also why dirty politics is now able to flourish here.

Traditionally, New Zealand's working class has looked to the Labour Party to represent its interests. Labour's effective abandonment of genuine socialist policies and adaptation to pro-capitalist economic policies, wrapped up in cosy reformist rhetoric, has left workers disillusioned. As a consequence of this, Labour is languishing in the polls at around 26%. This disillusionment with Labour has meant that the minority parties have benefited through utilising left-wing phraseology in some circumstances and populist demagogy. In the final analysis none of these minor parties offer anything concrete to workers, as they all base themselves on capitalism and therefore the misery of capitalist austerity.

While the Labour Party has promised to introduce a few policies that may help some of the more vulnerable members of the working class, particularly those with young children, the reality is that it has failed to either fully understand the issues facing workers or come up with policies that will attract working class people. During a recent road trip around New Zealand's North Island I was struck by the almost total lack of any effort on the part of the Labour Party with their billboards. The only thing that stood out apart from the almost endless number of blue billboards with Prime Minister John Key's face on them with the slogan “Working For New Zealand” was the Labour Party's bland billboards with their slogan “Vote Positive”. What the heck does that even mean?

The slogan “Vote Positive” sounds more like New Age drivel than a call to New Zealand voters, let alone the New Zealand working class, to kick out the government that brought a new low to dirty politics in New Zealand, destroyed tens of thousands of jobs, turned many of the towns in New Zealand's heartland into dreary main streets dominated by either empty or discount stores thanks to large numbers of business closures brought about in large part by declining wages, and which has seen the introduction of appalling working conditions that owe more to Victorian-era sweatshops or slave plantations than a 21st Century workplace throughout New Zealand.

The workers of New Zealand are walking away from the ballot box because the party that is supposed to represent their interests appears to be more interested in playing nice rather than rolling up its sleeves and getting stuck into the government by announcing policies that might actually encourage them to get out and vote. It may come as a shock to the Labour Party's leadership but the working class of New Zealand are thoroughly disillusioned with policies that are only minor variations on what the National Party and its current and potential coalition parties are offering. They want policies that are going to make a real impact on their lives.

The 2014 General Election has provided the Labour Party with a rare opportunity to introduce (and explain) socialist policies because they would provide a genuine alternative to the failed policies of free market capitalism that the conservative (and social democratic) parties have been advocating and which even the more conservative working class elements are now rejecting, having seen that no matter how hard they work, no matter how productive they are and no matter how much they bend over to the bosses, they simply end up with wages that don't pay the bills, no job security and working conditions that kill or injure hundreds of them every year. Rather than capitalising on this, the only thing the Labour Party can extol the working class to do is “Vote Positive”. Given a choice between the lie of “Working For New Zealand” or the uninspiring “Vote Positive” I wouldn't blame the workers if they didn't bother voting on September 20th.

However, not voting is not an option for the working class. Though the only true form of democracy is workers’ democracy, driven from below by the working class, we do not live under such a system yet. The working class must take full advantage of all options available to them under the current bourgeois system. It's a rotten deformed system of politics used to maintain the rule of capital. There is no doubt it is dirty, as proven by Hager's book Dirty Politics, but the end result of not voting is almost certainly a National-led government getting re-elected, possibly even in a coalition with a party made up of religious bigots.

Socialist Appeal (New Zealand) urges all workers to vote Labour and Party Vote Labour on September 20th. Voting Labour, however, is not enough, as their present leaders remain tied to the needs of capitalism. That is why we ask you to join us in the fight for socialism in New Zealand and internationally.