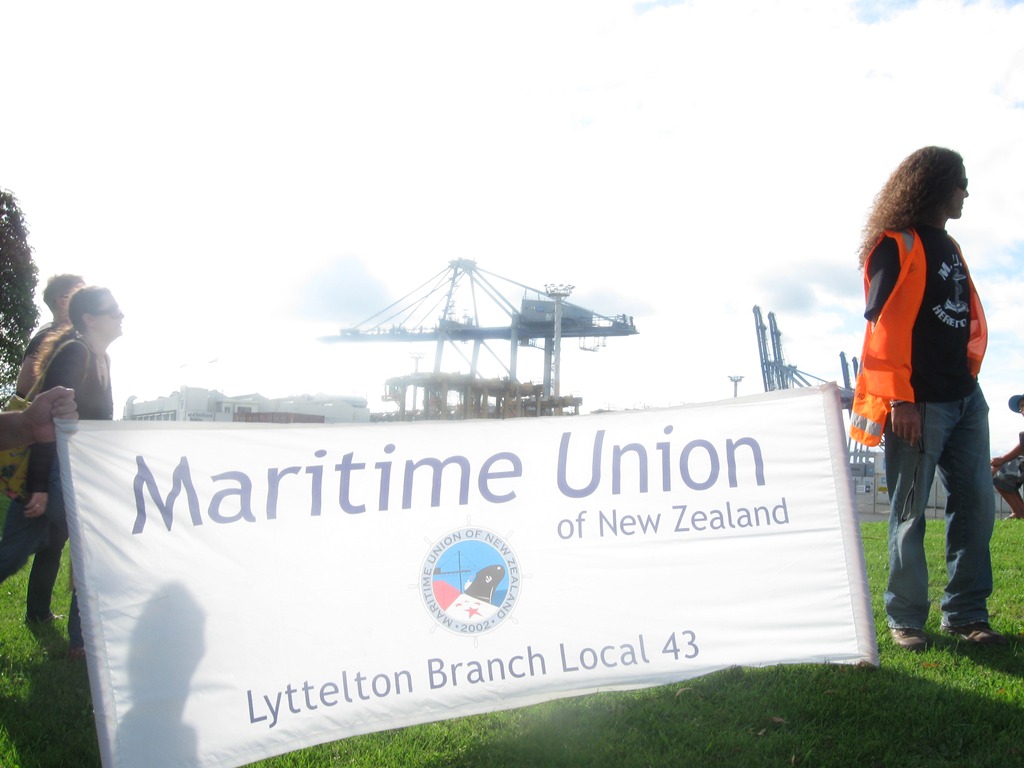 In a major victory for the Maritime Union of New Zealand, the Employment Court ruled on March 21st, 2012, that Port of Auckland were no longer permitted to continue with redundancy proceedings against union workers and they were no longer permitted to advertise for contract workers or hire contract workers from Drake Personnel Limited or Allied Workforce Limited. The Employment Court ruled that the workers who lost their jobs had to be reinstated and their wages backdated to the time strike action began.

In a further development (30th March 2012), after the workers were illegally locked-out by the Ports bosses in response to the 21st March ruling, and with the 6th April Employment Court date looming over this illegal lock-out, Ports bosses caved in under pressure. The employment laws were upheld not because the judge was acting as a neutral arbiter of the state but because the more far sighted representatives of the bosses understood that the Maritime Union was building strong support amongst workers for the dispute and that this was seriously raising the consciousness of workers.

The state machine, and that includes the Employment Court, is not a neutral body. The state is there for one reason: only to defend the interests of the ruling class. In this case from the bosses’ perspective the Employment Court ruling was to gain a breathing space whilst they re-think their strategies on casualising the workforce. 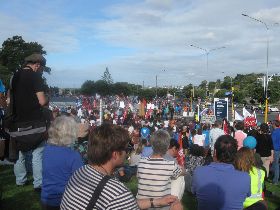 No doubt if the bosses were confident of defeating the Maritime Union, the Employment Court would have found in favour of the Ports bosses on some dubious technicality of law. In this case the balance of class forces was firmly in favour of the workers and the more far sighted bosses understood this, hence the ruling.

This latest ruling from the Employment Court and the subsequent cave in from the Ports bosses marks a major triumph for unionised workers, whose right to strike when employers do not act in good faith has been restored. It also strikes a major blow to the bosses, who believe that it is acceptable to hire scabs, to break strikes and destroy the hard won gains of waterfront workers that have been accumulated over many decades, so that they can pursue super-profits through the super-exploitation of workers. The bosses have had a bloody nose and their agenda to casualise the workforce has had a major setback. 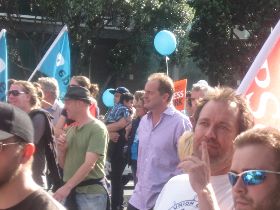 Despite the shameful fence-sitting by the Auckland Mayor, Len Brown – who tried to claim he could not take sides in the Port dispute because of the law – was feeling the heat too. On 29th March he met a delegation of the International Transport Workers Federation from Australia and Britain. No doubt "Brother Mayor Brown" was told which side he should be on! Despite, Mayor Len Brown and the mealy-mouthed response from some of the Labour leadership, in particular its new leader David Shearer, the unionised Port workers were able to show that worker solidarity both in New Zealand and internationally and a steadfast resolve was capable of overcoming any barriers thrown up by the Ports of Auckland bosses and their apologists in the media and the National-led government. 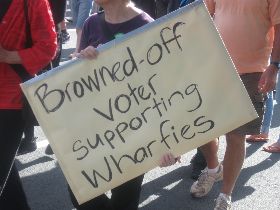 The victory of the Ports of Auckland workers last week will undoubtedly inspire workers through-out the country and internationally. The victory will boost the morale of the freezing workers of the AFFCO meat works who are still fighting to defend their pay and working conditions to hold fast in the face of heavy opposition in their fourth week of being locked out.

The Ports of Auckland has now been instructed to return to mediation in good faith. Maritime Union President, Garry Parsloe, stated the main priority of the union now would be to get a new settlement for a collective contract.  He added, "Whether this board and port management are capable of working constructively to rebuild the battered and damaged relationship with port workers who they have besmirched at every opportunity and settle a fair collective is an unanswered question.”

The Maritime Union knows it has to remain vigilant for the future, as the bosses will no doubt regroup and future battles will happen. Today we celebrate the power of organised labour and union solidarity winning against all the odds; against all that the bosses system could throw at them. 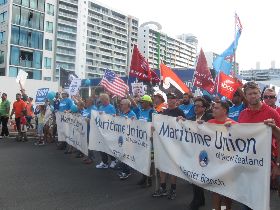 The Ports of Auckland management has tried to put on a brave face by stating they have only “temporarily” put a halt to making unionised workers redundant and they have not backed down. Certainly the Ports of Auckland bosses are licking their wounds and splits in the management are occurring as the resignation of one of the directors the other night shows. Because the Ports management are defeated for the time being the Maritime Union is highly likely to secure the collective agreement and on better terms.

As the Ports bosses head back to the negotiating table with their tails between their legs they have learned that when the workers have their backs against the wall they are capable of putting up a fight when they act in solidarity. The Ports bosses will be more cautious about taking on the workforce in future.

A major victory for the waterside workers has been scored. This is a victory of the Maritime Union of New Zealand over the scabs brought in from Drake Personnel Limited and Allied Workforce Limited and the Ports of Auckland management.  Hopefully, this will be one of many victories that will be enjoyed by the working class in New Zealand. 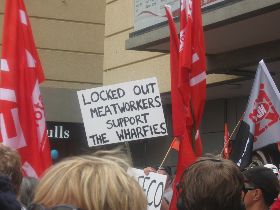 The 30th March 2012 will go down in the history of the labour movement as a day to celebrate. Workers will be looking at this victory and begin to draw the correct conclusions and begin to understand that militancy pays!