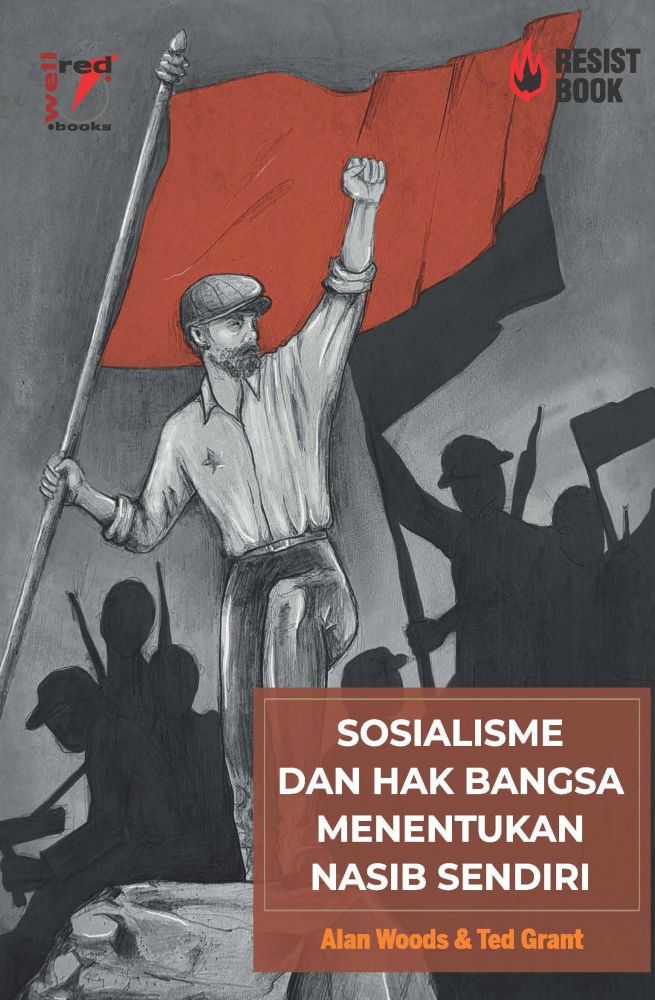 The International Marxist Tendency, along with its publishing house, Wellred, is proud to publish for the first time the Indonesian edition of “Marxism and National Question” by Alan Woods and Ted Grant. Released under the title “Socialism and the Right of Nations to Self-determination”, this work is of a particular significance for the revolutionary movement in Indonesia. It is our hope that the publication of this work will provide class-conscious workers and youth with a guide to navigating the political landmine that is the national question.

In the recent period, the West Papuan national question has rocked the Indonesian political landscape. Last year, the storming of a Papuan student dormitory in Surabaya by heavily armed police and military personnel sparked a wave of mass demonstrations and riots across West Papua (Read Indonesia: the only solution for Papua is an independence referendum). Central to these mass manifestations was a demand for an independence referendum. The people of West Papua have never recognised the sham referendum in 1969, which was held under the brutal military regime of Suharto and overseen by the United Nations. Ironically called the “Act of Free Choice”, this referendum instead robbed Papuans of their free choice.

Home to the largest gold mine and the second-largest copper mine in the world, the people of Papua languished in poverty for generations. It is the poorest province, with a poverty rate of 27.5 percent, which is about three times the national average. But equally unbearable – if not more so – for the Papuans is the constant, heavy military presence on their soil and the accompanying brutality that characterises their daily life. More than 500,000 Papuans have been killed since 1969.

The people of Papua have fought for their independence for more than half of a century. But to this day, they are nowhere close to winning the freedom to decide their own destiny. One thing that is common in all hitherto national liberation struggles in Papua is the absence of a socialist perspective.

But a new generation of Papuan youth is now gravitating toward socialism. They have sensed correctly that genuine independence cannot be achieved without a revolutionary struggle against the economic system that stands behind Indonesian colonialism: capitalism. This new generation of courageous fighters is now looking for a scientific understanding of colonialism, imperialism and capitalism. It is our modest hope that the publication of this work will assist them in this goal.

This work is also an important part of the ideological arsenal of the Indonesian proletarian movement. The victory of the Russian Revolution would not have been possible without a correct position on the national question on the part of the Great Russian proletariat. Revolutionary youth and workers in Indonesia, therefore, have a duty to understand the national question. And there are no better teachers on this question than Marx, Engels and Lenin.

The way forward for the oppressed people of Papua and the Indonesian toiling masses is class unity in a common struggle against the Unitary State of the Republic of Indonesia and capitalism. We are confident that this work – that outlines the ideas of Marx, Engels and Lenin – will be instrumental in forging this class unity.