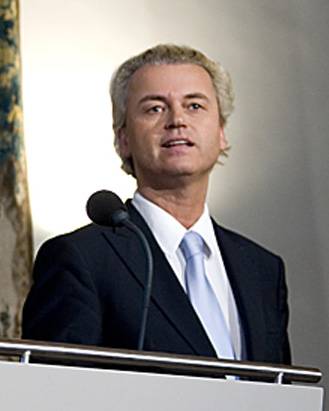 On December 9th, 2016, Geert Wilders was sentenced in The Hague for group defamation and incitement of discrimination. However, the court did not impose any punishment. In their understanding Wilders was already punished enough by the media attention the court case got. The reaction to this from wider society reflects the polarized situation in the Netherlands.

This was the second trial of Geert Wilders. The first, in 2010-11, resulted in his acquittal. The second trial was of a different nature. The 'less Moroccans'-incident of 2014 was the straw that broke the camel's back. Wilders made headlines when he addressed a crowd of supporters with the question: “Do you want more or less Moroccans in this country?” To which the crowd enthusiastically replied “Less! Less!” Wilders replied to the chanting with an ominous “Okay, we’re going to take care of that!”

This incident was met with angry reactions from thousands of furious people, with many Moroccan-Dutch people as well as many others filing complaints against Wilders. At the time there was a relatively strong sense of solidarity and a general agreement that Wilders 'had gone too far this time’. Although there were also many opportunists who suddenly became indignant, when previously they had more or less supported Wilders ("He is coarse, but he does have a point"), the anger over Wilders' statements was genuine and sent a strong signal.

These incidents gave us a clear reflection of the polarization in the country. On the one hand there was the anger over Wilders' statements, on the other, the popularity of the PVV, which has increased significantly since 2014. The party benefited from the dissatisfaction with Prime Minister Mark Rutte’s second term, and has cynically used the terrorist attacks in France and the increase in the number of refugees for a campaign of hatred and fear. The court now has surrendered to social pressure from both sides. Wilders was convicted but received no actual punitive measures. This will actually increase the anger on both sides. Wilders can pose as a martyr. Meanwhile, migrants’ descendants are rightfully angry that they receive a higher penalty for minor infractions like a missing tail light, while these kinds of insults and discrimination have apparently little impact.

The independence of the judiciary

One of the new developments in this case is that Geert Wilders challenged the authority of the judiciary and went as far as not recognizing the court, accusing them of bias. Wilders made a media show out if it, in which he spoke of “fake judges” and pointed out they were members or supporters of Democrats ‘66 (a mid-size liberal political party) and would by default be against him.

Wilders himself meanwhile, is always happy to accuse Muslims of not respecting Dutch values and institutions, but is now opportunistic enough to not recognize the court. Conversely, however, he is always full of pride of the police force, the actual instrument of repression. When Ahmed Marcouch (Dutch Labour MP) recently stated that there would be no place in the police for PVV supporters, Wilders was beside himself with anger. Following Wilders’ logic against the court, one can indeed refuse to recognize the authority of a police officer as well, because he is a PVV supporter. Now wouldn’t that be useful for young people who are harassed by the police because of their ethnic background!

However, the direct party affiliations of people do not determine the functioning of parts of the state apparatus. The institutions of the Dutch state apparatus were built over centuries by the Dutch bourgeoisie. Outwardly they must appear neutral, a power that stands above society, but ultimately the state apparatus is there to defend the interests of the capitalist class. This is masked by terms like 'public interest', the 'stability of the Dutch democracy’  or by implication that certain actions are ‘benefitting the economy’ (meaning large Dutch corporations such as Shell, Unilever and Philips).

In reality, the judiciary is not above society. The pressures of developments in society are reflected in the rulings. It is not the alleged political affiliation of judges, but the polarized situation in the country that has led to the court’s decision regarding Wilders, a decision which pleases neither camp.

Wilders represents a painful dilemma for the Dutch bourgeoisie. On the one hand they are forced to protect him, and he has several times shown his support for the reactionary measures of Mark Rutte's government. On the other hand, his person ensures constant national and international scandals, tension, instability and a challenging of the establishment institutions, especially now with his assault against the justice system.

Some leftist opponents attack Wilders regarding his doubts over the independence of judges, and they  invoke the "independence of the judiciary" and "separation of powers" as progressive pillars. This is very idealistic and naive. It is necessary to explain that in reality both do not exist, and that neither 'liberal democracy' nor Wilders' right-wing populism bring us anywhere.

How do we fight Wilders?

For anti-racist activists, this court ruling might be a small, symbolic victory; in reality there is little change. After the elections of March 15th 2017 the PVV will perhaps become the biggest party in the country. Not every vote however is a racist vote. A large part of the voters see Geert Wilders as the only one standing up "against the establishment." There are many parallels with Donald Trump in the US.

The PVV is a reactionary capitalist party which offers no solution but only divides the working class and calls for repressive measures. On the basis of capitalism, however, there can be no return to the "golden old days" of the postwar boom. That has nothing to do with migration, but is entirely due to the global crisis of overproduction. Even growth in China is declining, which has global consequences.

The only way to fight against Wilders is to link the fight against racism to the common struggle of the working class and young people against the capitalist system. We have to stand for a socialist alternative in which there is a democratically planned production in everyone's interest. The Dutch Socialist Party (SP) meanwhile has no consistent anti-racist program and is desperately trying to present itself as a 'trustworthy party', ready to compromise and form a coalition. Its reformist program is already increasingly watered down. It tried to justified this by claiming that radical rhetoric would only scare off voters. But meanwhile Wilders talks about a 'revolt against the elite’ and he is the one leading the polls. The only answer to this should be a militant leftwing-socialist program.