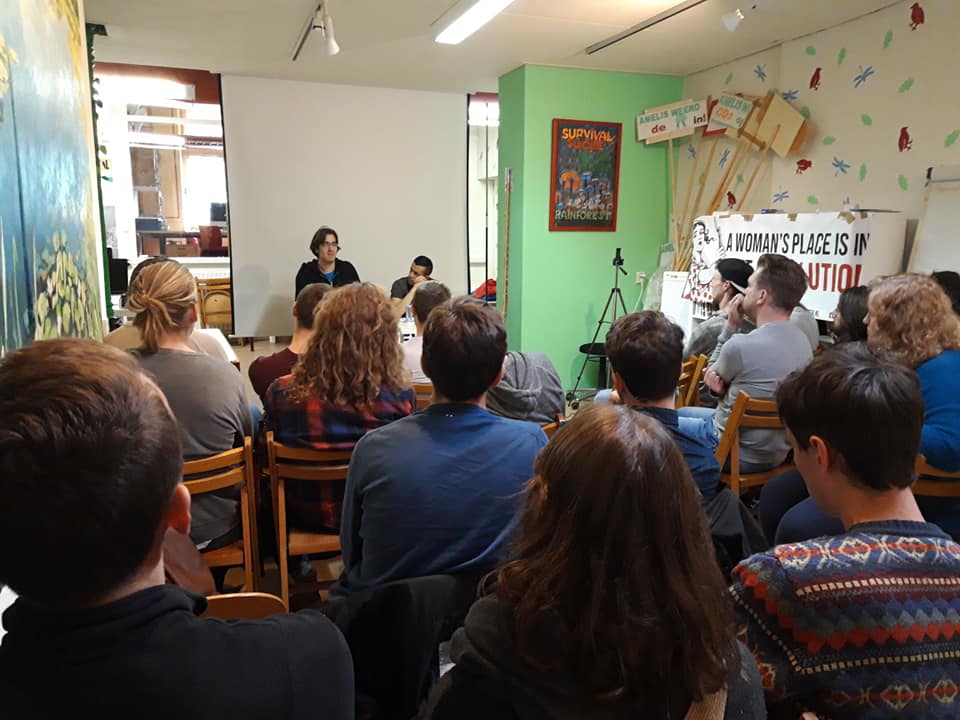 On 5 October, 27 people gathered in the Dutch city of Utrecht for a Marxist day school organised by Revolutie, the section of the IMT in the Netherlands. Our intention was to provide an introduction to the ideas of Karl Marx... in one day!

This day school was a tremendous success. As stated before, the attendees were quite a diverse bunch. Some had found us through our propaganda at the recent climate strike in The Hague, where some 35,000 people showed up. Some were personal friends. There were convinced socialists, Marxists even, but also people who still had questions, which, naturally, we answered gladly.

The first session was given by comrade Ben Curry from the British section of the IMT. He talked about dialectical materialism and how it can help us understand nature, history, and society. We understand that philosophy can be difficult to get into. But without revolutionary theory, there can be no revolutionary movement. It is therefore of the greatest importance to educate people and our comrade did a great job doing this in an accessible manner. The discussion that followed was very high-level and diverse, touching on topics of human nature and the future socialist society. 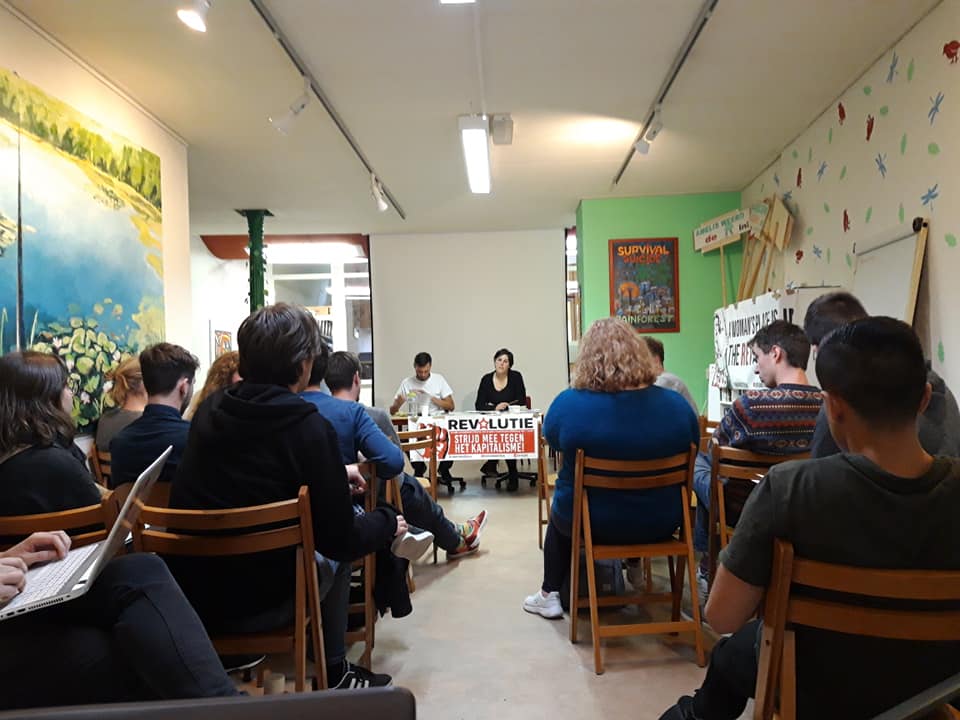 The school was a great success, with 27 attendees and 270 Euros raised / Image: Revolutie

Secondly, Dutch comrade Zowi Milanovi talked about Marxist economics. With crisis looming over capitalism, people are looking for answers to great questions. Marx provided us with a clear, consistent and scientific way of analysing the capitalist system and the comrade gave an excellent introduction to this topic, which was again followed up by a productive and diverse discussion.

Lastly, comrade Kyle Michiels from Vonk, the Belgian section of the IMT, spoke on the issue of Marxism and the environment. The climate crisis is of course one of the most important political issues at this moment. Thousands have marched and struck recently to make themselves heard and to demand change. Marxists of course support this great movement of the masses, which has revolutionary potential, with great enthusiasm. But to provide answers, to provide a way out of the crisis, we need to understand it. Kyle talked about the metabolic rift emanating from capitalist production and the need to interact with nature in a more rational way to avert a climate catastrophe.

This day school was a great success. We raised nearly 270 Euros, and many enthusiastic people showed up and contributed greatly to the atmosphere. Our comrades did great work preparing the school and talking to our guests. We hope that, with this school, we set a new standard for the future. We are building the forces of genuine Marxism in the Netherlands so we will be ready for crises, class struggle, and anything the system throws our way. As Lenin said, “the Marxist doctrine is omnipotent because it is true.” We must therefore spread the ideas of Marxism and build the International Marxist Tendency in the Netherlands, in Europe and elsewhere else, to eventually be able to not just interpret society but change it.