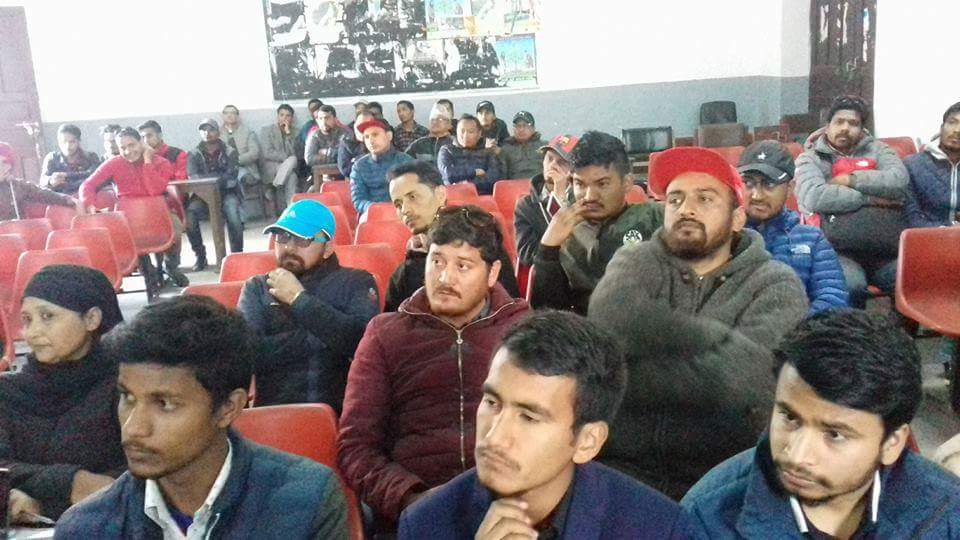 The first ever public meeting held by the IMT in Kathmandu Nepal was a great success. Despite being in the middle of the election campaign, the meeting on the lessons of the October Revolution attracted 100 communist activists, including leading members of the Maoist party and the Young Communists. The meeting was also attended by comrade Gopal Kriti, who is a working-class veteran activist and member of the Executive Committee of the Maoist party: a mass party in Nepal. The meeting was held in the meeting hall of the Law College in Kathmandu and was addressed by comrade Yug Pathak, a communist journalist; and author and comrade Rob Sewell from the IMT.

Rob first of all addressed the audience about the significance of the Russian Revolution, which he described as the most important event in history. The revolution showed that workers and poor peasants could run society without capitalists, bankers and landlords. Rob stressed that the revolution was an international event, not simply a Russian one. He explained the Bolsheviks were internationalists and wanted world revolution, as opposed to the later, Stalinist, anti-Marxist theory of socialism in one country. Unfortunately, the revolutions in other countries were betrayed by the reformist leaders, while the Russian Revolution was isolated in a terribly backward country. This eventually led to the degeneration of the revolution and the rise of Stalinism. 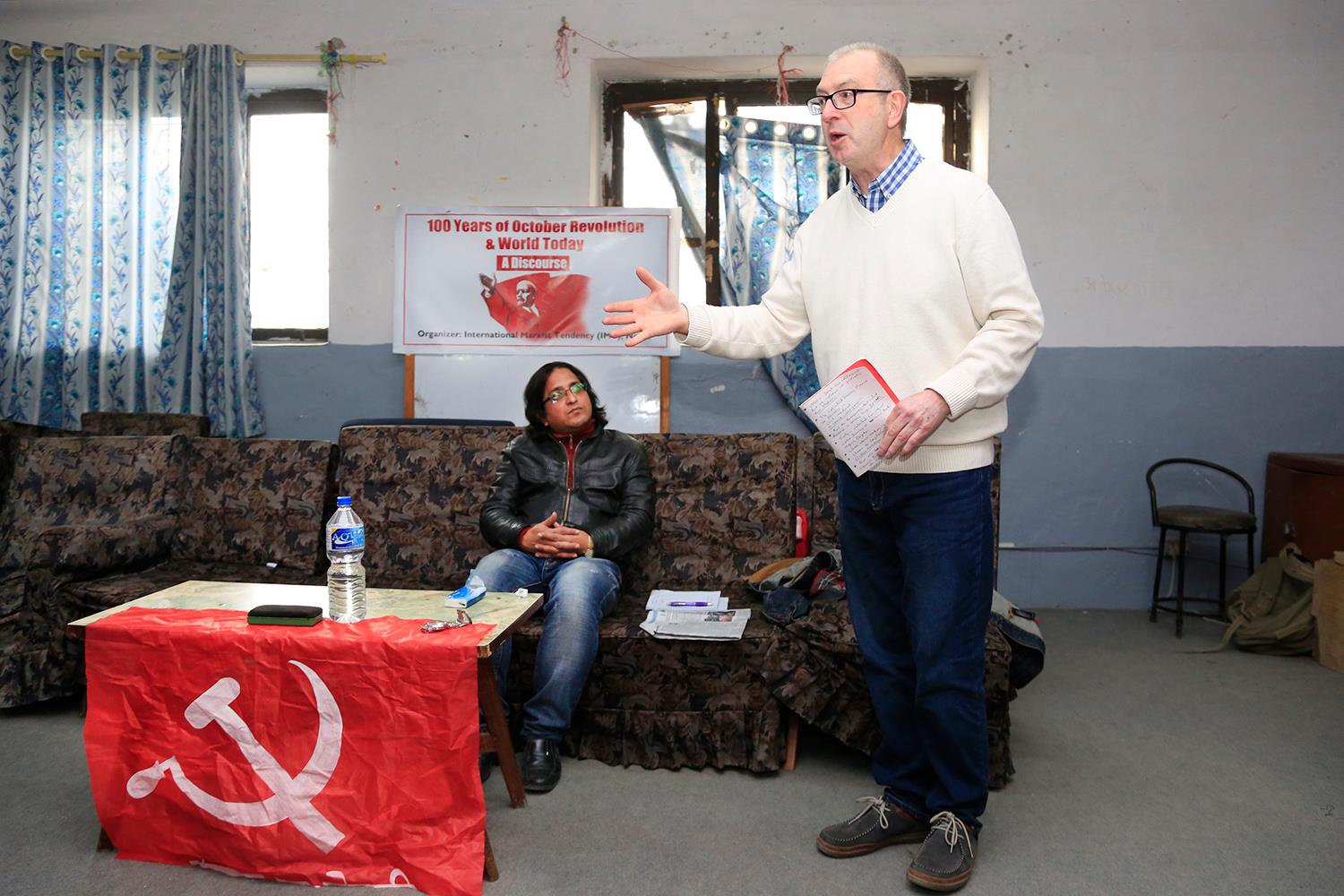 The adoption of the theory of socialism in one country, as Trotsky had predicted, would lead to the nationalist and reformist degeneration of the communist parties, which is evident today. Each looked to their own national ‘road’ to socialism. Today, the leaders of the Communist Parties have abandoned Marxism for reformism. Some have gone over completely to capitalism. We have example in Nepal of the leader of the Maoist party, comrade Prachanda, who recently wrote an article in the newspaper Republiccalling on people to reject the "dogma" of Lenin and Marx. We need, he said, to go beyond Marxism. But this is nothing new. It is called revisionism. 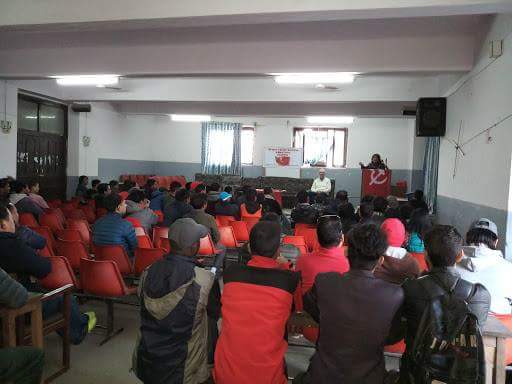 The Nepal meeting was very well attended / Image: own work

Comrade Prachanda's aim is the establishment of a presidential republic, which he says will provide stability for Nepal. This is completely false. There will be no stability for the Nepalese masses on the basis of capitalism, whether under a presidential republic or not. Unfortunately, he has clearly abandoned the revolutionary ideas of Marxism for reformism. But there is no solution to the problems of the masses in Nepal without the socialist revolution. Capitalism is the road to disaster.

Comrade Rob stated that Lenin in State and Revolutionexplained that the state was not neutral but represents the ruling class. In Nepal we have a capitalist state, which cannot be reformed. It needs to be overthrown and a new workers’ state put in its place. The revolutionary workers and peasants of Nepal must then make a revolutionary internationalist appeal to the workers of India and the subcontinent to follow their lead, as Lenin and Trotsky did in October 1917. The Nepalese revolution can only win as part of a world revolution.

The communist movement in Nepal as elsewhere needs to return to the genuine ideas of Lenin and Marx. What we need is a Bolshevik Party as part of a Bolshevik international tendency, explained comrade Rob. This is the aim of the work of the IMT on a world scale.

After, comrade Yug spoke about the situation in Nepal and the need for Marxism to apply to the concrete situation. 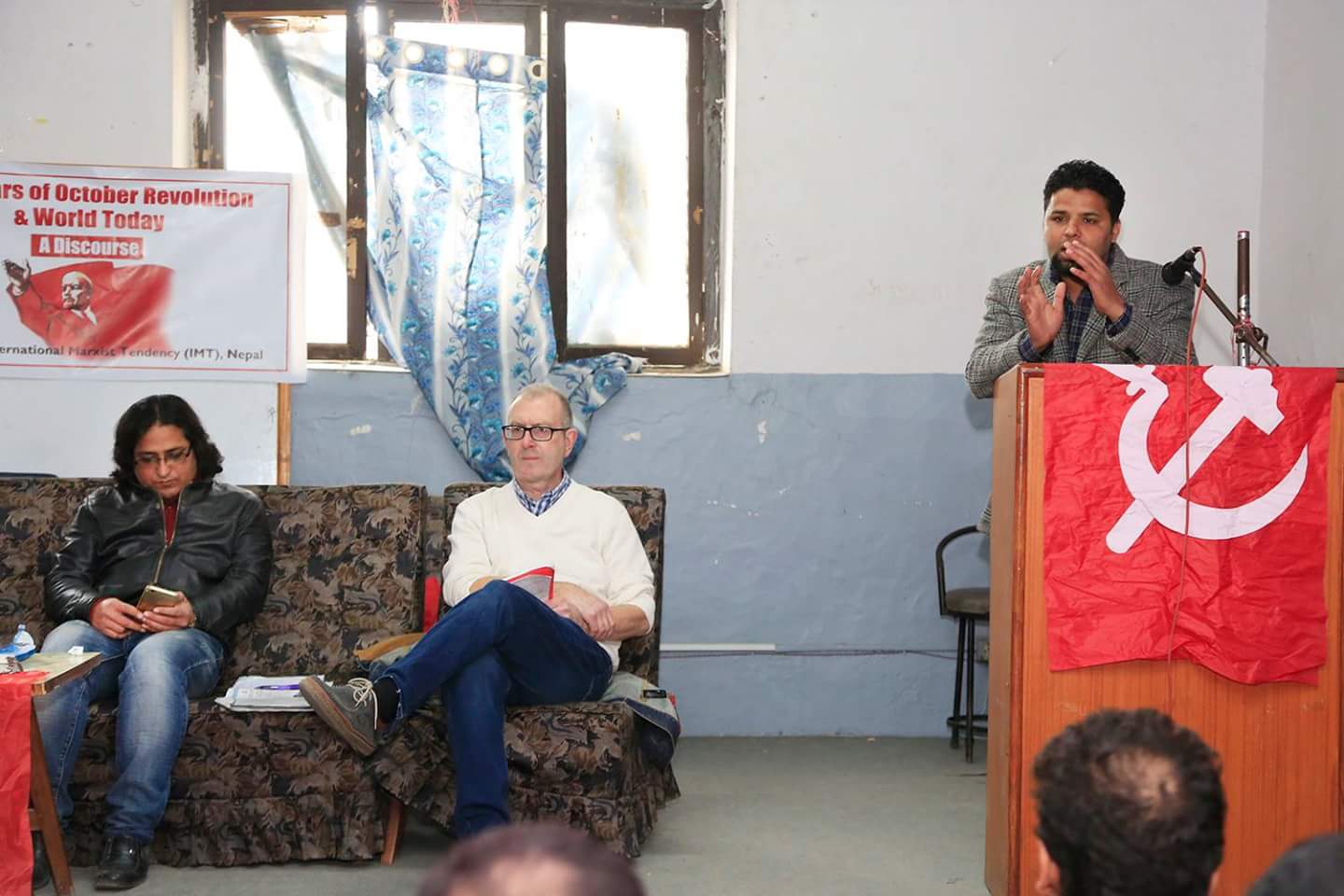 The audience was very enthusiastic about the speeches and applauded throughout. The meeting was then thrown open to questions. There were many questions asked about the plight of the Kurds, the dangers of bureaucracy, reformism, and the importance of theory. There were also questions about the caste system and Marxism. 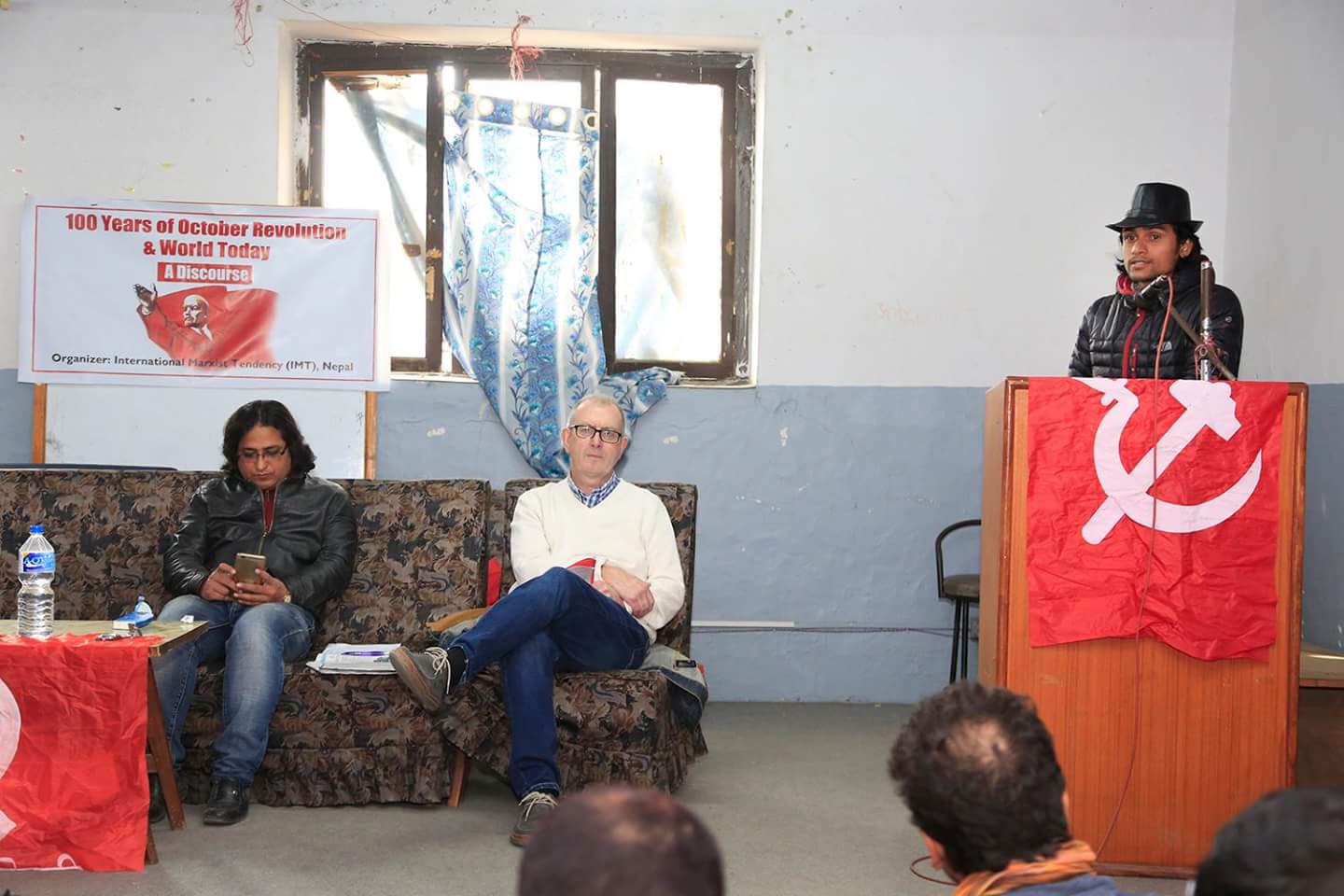 Comrade Rob ended the meeting with an appeal to join and build the IMT, which was greeted with nods and cheers.

There is a powerful communist tradition in Nepal and a thirst for Marxist ideas. We will work to restore the ideas of genuine communism. This meeting will be the first of many. It will help prepare the forces for the Revolution in Nepal and throughout Southeast Asia. Our task remains the conquest of power by the workers and peasants on the lines of the Bolsheviks in October 1917.