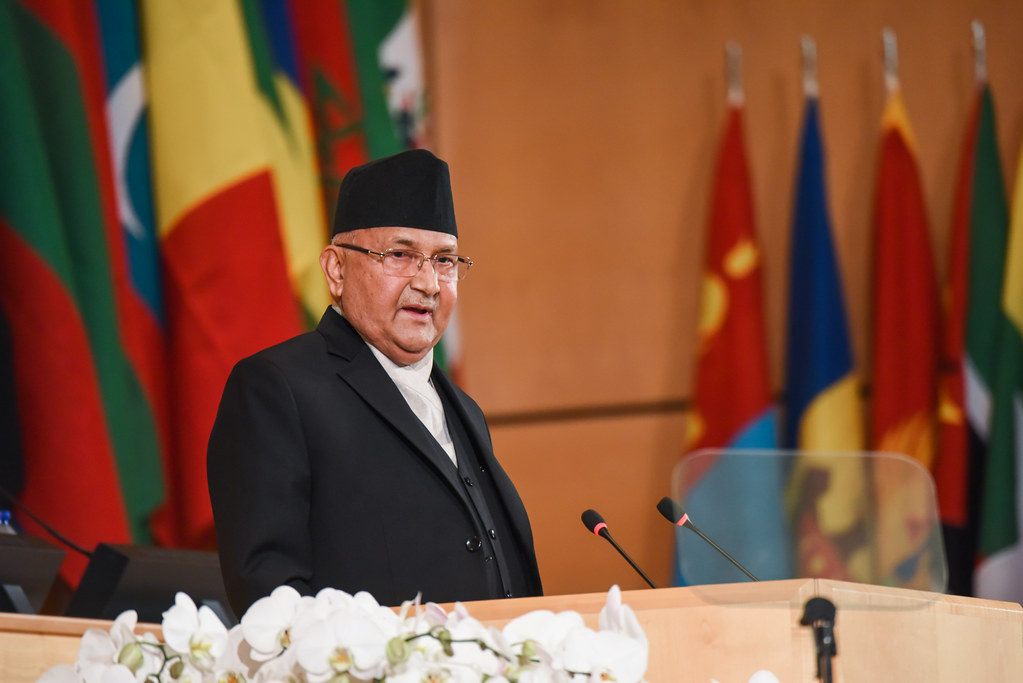 Nepal is no exception as the world faces a new surge of COVID-19. With new cases increasing daily, Nepal’s Ministry of Health and Population claims that the total number of infections stands at 343,418, while reporting 3,362 deaths. For the last several days, 8,000 cases have been reported daily.

However, the Nepalese government under Prime Minister KP Oli (now caretaker premier after he failed to win a vote of confidence in parliament on 10 May) hasn’t expressed much concern about solving this deadly health crisis. While working-class people face misery and numerous new difficulties unleashed by the pandemic, the present government has proven completely incapable of handling the situation, and the crisis has only exposed this government’s incompetence.

The irony of the situation is that the present government is viewed as “communist”, although it has not implemented policies that break with capitalism. The Left Alliance, which is dominated by Oli’s Communist Party of Nepal (Unified Marxist-Leninist) and the Communist Party of Nepal (Maoist Centre), has formed the government since winning in the 2018 elections, and controls both houses of parliament – the House of Representatives and National Assembly.

It was assumed that the devastation of the first wave would compel the government to make preparations before the second wave hit in order to prevent the situation from getting worse. Instead, the government remained indifferent to the warnings and suggestions of groups such as the World Health Organisation and other institutions.

While the number of COVID-19 patients continues to increase, the hospitals are becoming overcrowded, and with inadequate medical supplies and beds, hospital admissions are becoming rarer and rarer. In a country of about 30 million people, there are only about 1,600 intensive care beds and fewer than 600 ventilators. There are 0.7 doctors per 100,000 people, a lower rate than India. With cases rising, this is a disaster waiting to happen. As ever, those who suffer most are the working class. While the rich are enjoying ‘Lockdown 2.0’, which has been in effect since 29 April, the poor are facing tremendous problems.

Those workers who returned to the cities in the past few months after the first lockdown in order to work have again started to flee to their villages. But this isn’t easy. Due to the complete stoppage of public transport, many have been left in the streets and have nowhere to go. Everywhere, people can be found on the pavements without enough money to even eat or drink.

The conditions facing workers staying in their ‘homes’ or in rented accommodation is little better. With no work to be found, they too are having a hard time finding food, water and other essentials. The vaccination programme announced by the government is non-existent in poor communities. Most of the middle-class layers of society are unable to get a vaccine, let alone the working class. Only the rich and upper middle class who have contacts with those in or near to power are getting a share of it.

Meanwhile, the shameless Oli government has been mired in corruption scandals and dirty political games in its desperate attempt to stay in power. Several months ago, the then Health Minister, Bhanubhakta Dhakal, was accused of embezzling large sums of money while buying much-needed health equipment from China. There was widespread media coverage and public calls for an investigation into the case, but they were brushed aside by the government, who simply denied the accusations.

All this goes to show that this is not a government of the people. State and local governments have been accused of similar misconduct, but nowhere has this been addressed. When pressure was building on the government from all sides because of its complete inability to solve the problems people faced, PM Oli feared losing majority support in parliament, and responded by dissolving parliament on 20 December, in violation of constitutional law.

Opposition parties, as well as members of his own party, took to the streets demanding the reinstatement of parliament. On 22 February, the Supreme Court overturned his decision and parliament was restored.

Since exposing its own weaknesses, the government had made numerous unsuccessful efforts to divert people’s attention, including by appealing to nationalism – a shameful position by politicians who claim to be “communist”. The government released a new map of Nepal, including areas like Limpiyadhura, Kalapani and Lipulekh that are disputed with its neighbour, India. None of the territorial issues between the countries have been resolved, and no other country has acknowledged these claims. The ruling class is recklessly attempting to distract from their own failures by whipping up chauvinistic fervour.

The government actually severed diplomatic ties between Nepal and India when Oli brought up the disputed issue of the birthplace of the Hindu god, Rama. He even went on to propose building a new Hindu temple at the god’s supposed birthplace in Nepal, due to begin later this month. This is nothing other than the same reactionary sectarian path that Modi is pursuing in India, in order to appease the majority Hindu population and the backward monarchists for electoral purposes.

The ruling class and their supporters are preaching that Dharahara (a tower in Kathmandu), Rani Pokhari and other luxurious buildings are evidence of Nepal’s development, at the same time as people’s living standards are sliding downhill and the country’s debt is spiralling upward. They have exaggerated everything to emphasise the irreplaceability of their leader, in turn making Oli more arrogant and irresponsible. Despite his claims, however, he has no vision for the development of Nepal. Without the betterment of the working class, there can be no real development. The Prime Minister has lacked any interest in solving the genuine problems of the people he claims to represent. 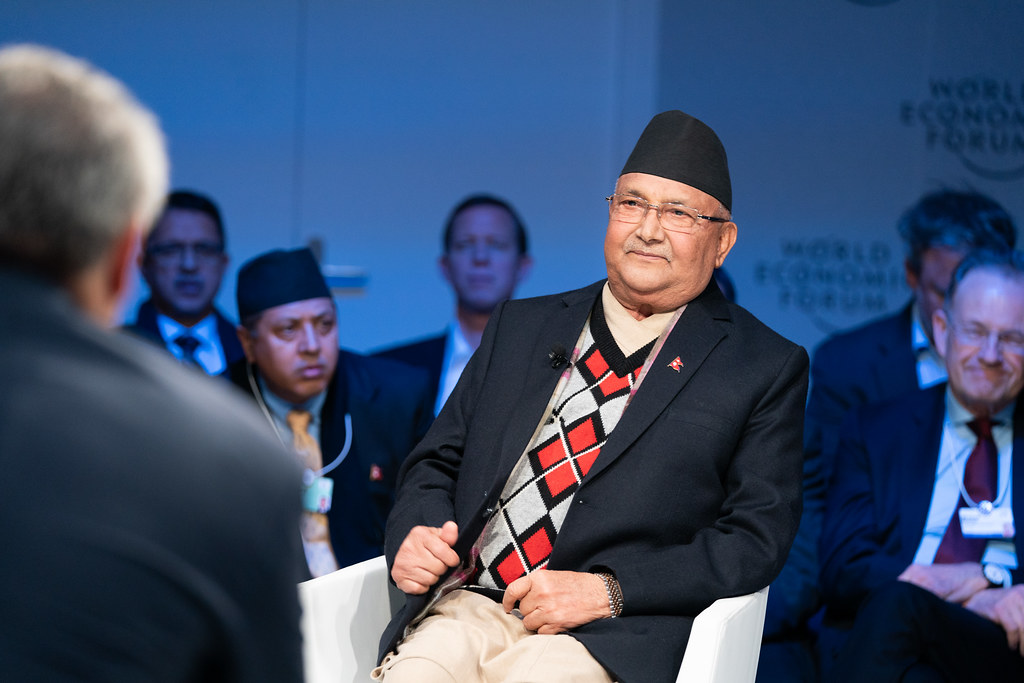 No genuine 'communist' government worthy of the name would respond to this crisis so irresponsibly / Image: Sikarin Fon Thanachaiary, Flickr

Since the beginning of the pandemic, large numbers of people have taken to the streets demanding the government be held to account in this period of crisis. Their demands include guaranteeing people’s security as crime rates continue to soar, an increase in the rate of COVID testing, an increase in the number of hospital beds and medical supplies in hospitals, and the guaranteeing of patients’ and health workers’ safety. They have also demanded the government introduce relief packages for poor households. These demands have not been met and the police have instead attacked protesters with water cannons and batons, injuring many despite the peaceful nature of the protests.

Various other street protests have followed, including civilian demonstrations against the dissolving of parliament, incorporating wider demands around the COVID crisis. The political character of these protests has been very mixed, but among them were many Marxist workers and youth, who firmly believe that this system is a failure and cannot solve the problems faced by the people today.

This is not only true of the COVID crisis. No government can solve the deep economic and political problems that prevail in Nepalese society on the basis of this crooked capitalist system. The ongoing crisis has made this clearer than ever. This is a recipe for revolutionary developments.

What we lack at present, however, is leadership with an adequate grounding in Marxist theory, a bold perspective of class struggle, popular demands and slogans, and a clear objective of socialist transformation. Nonetheless, the developments of the current period are causing more and more young people to step up and to take initiative.

The tragedy facing the Nepalese masses is that they voted massively for parties who claim to be “Communist” back in 2017 – the CPN (Unified Marxist-Leninist) won 121 seats and the CPN (Maoist Centre) 53 seats, giving them a majority in the 275 seat parliament – they have had a government which has limited itself to managing the system instead of overthrowing it.

The failure of these “Communist” parties to radically change society makes it even more important to learn the theory and be able to know the objective conditions of society, so that we may form a revolutionary party based on the genuine ideas of Marxism. This will obviously take some time but until then, the genuine Marxists will always be on the front lines of the class struggle, fighting shoulder-to-shoulder with the working class.