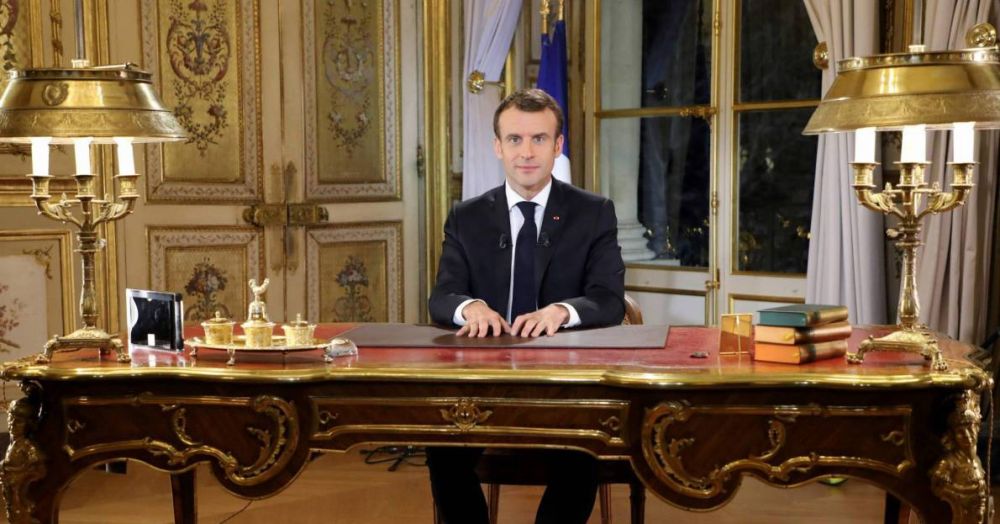 Faced with the spread of the coronavirus in France, the government and mainstream media are calling for national unity. But this hollow slogan, however many times it is repeated, cannot indefinitely hide the class contradictions that are becoming more apparent each day.

To try to reassure markets (in vain), Macron announced that the state was ready to inject €300bn into the French economy if necessary. He mostly posed the question in terms of the hardship faced by small businesses; but it is big business he is really thinking of. He fears a collapse of the banks, to whom small businesses (among others) are indebted.

The €300bn sum is only an indicative one: Macron is mostly just trying to calm the market with his reassurances. What is certain on the other hand is that the final bill, whatever its magnitude, will be presented to the workers, youth, pensioners and middle classes, in the form of drastic austerity policies, budget cuts and increased fiscal pressure on the most modest households. Big business on the other hand, will be spared. The big bosses will even have the opportunity to make profits, just like they did after the 2008 crisis.

At the same time as he announced to the capitalists that their wealth would be “guaranteed” by the state, Macron called on the workers to keep working, full stop. These are merely two sides of the same coin: “Production must continue! Profits must keep coming in!” From a health and safety point of view this is absolute madness, but it’s consistent with the infernal logic of the capitalist system.

In the essential sectors (healthcare, food, energy, etc.) the workers are alarmed by the deplorable sanitary conditions in which they are working. They often have neither surgical masks nor hand sanitiser, or not enough of them. Sometimes, they don’t even have gloves. They are thus demanding drastic measures. In the economic sectors that aren’t essential, more and more workers are demanding to stay home and receive the entirety of their wages for the duration of the epidemic. By staying home, they want to contribute to the ebbing of the epidemic. The government’s answer to these basic demands made by our class has been a damning silence. So the workers are taking matters into their own hands. Like in Italy, Spain and elsewhere, strikes are erupting in sectors where production has only continued in order to satisfy the capitalists’ thirst for profit.

Instead of falling into the trap of “national unity”, the leaders of the left and the trade unions must demand loud and clear that these demands be met. They must defend all those workers whose lives and families are being put in mortal peril by the government and the bosses. In a statement issued on 17 March, the leadership of the CGT demanded “the immediate halt of all activity that doesn’t contribute to the production of goods and services fulfilling the basic needs of the population.” This demand must be taken up tirelessly by the entirety of the left and the unions.

The bankruptcy of capitalism

Calls for “national unity” will not stop millions of young people and workers from radically challenging the economic and social system we live in, as its bankruptcy comes to the fore.

The possibility of such a virus was known well before it appeared. Scientists were expecting it. They had issued warnings. But successive governments did nothing. Or they did: they got rid of beds in hospitals. Generally, they subjected the public healthcare system to draconian austerity measures. Ironically, healthcare workers were mobilised for several months in France, denouncing the asphyxiation of their sector. The government responded with contempt, silence, and lies but also with police batons and tear gas. And now Macron has the audacity to praise “the heroes in scrubs”... He and his class of parasites will pay a high price for this nauseating hypocrisy.

It will come in the form of an enormous intensification of the class struggle. When this epidemic is behind us, the workers will present their own bill to the government and the capitalist class. The bosses will do their best to make the masses of youth and workers shoulder the cost of the economic crisis, which will become even deeper. In other words, the two main classes in society, the bourgeoisie and the proletariat, are moving at full speed towards a head-on collision.

Throughout the great struggles to come, our class will take up its revolutionary traditions. The genuine ideas of Marxism, which have been marginalised for a long time, will once again find a mass audience. The collapse of capitalism will aggravate the crisis of reformism. The programme of breaking with capitalism and replacing the current system based on the blind pursuit of profit with a democratically planned economy will win the hearts and minds of millions of people. To help us build the movement that is fighting for this programme, join the International Marxist Tendency, join Révolution!