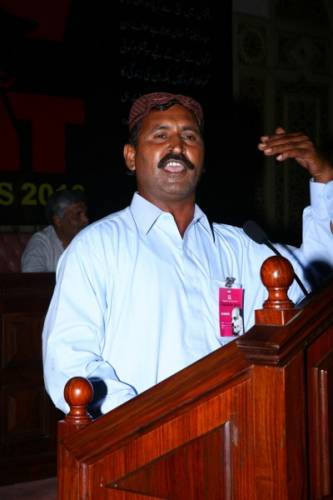 Details
Our Correspondent in Lahore
23 March 2010

The Second Day of the congress was dedicated to a discussion on the approach of Marxists to the mass organisations and also on the work of building the forces of Marxism in Pakistan. In spite of attacks on the tendency, the comrades have made important gains, and the mood is one of determination to build. 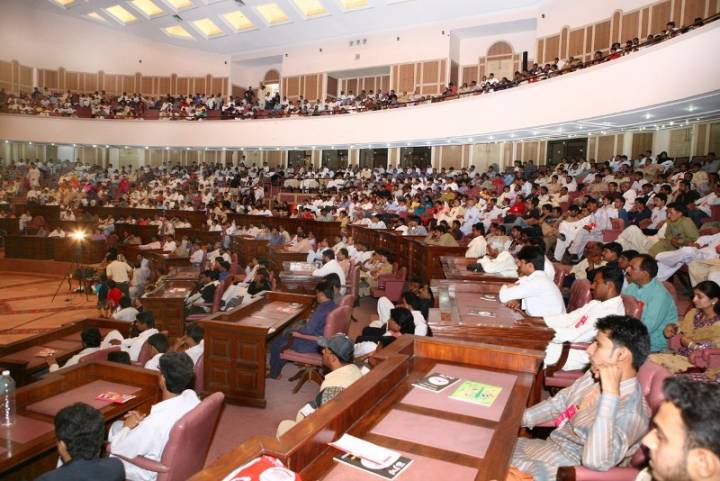 Details
Our Correspondent in Lahore
22 March 2010

On Saturday, March 20, the 29th Congress of The Struggle opened with sessions on the world crisis of capitalism, followed by a discussion on the impact of this crisis on Pgakistan, as the country is ravaged by war, rising unemployment, power cuts, and terrorist attacks. Economic collapse is causing widespread misery among the masses, leading to growing social protest. In these conditions, over the two days the total figure attending was 2,183 people. 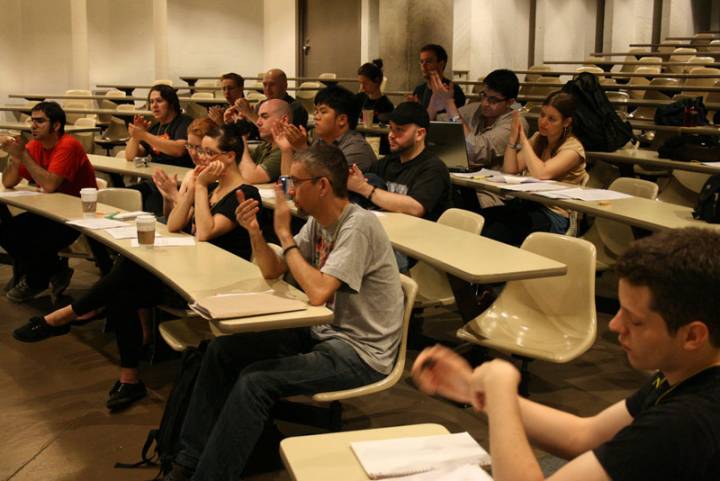 On the weekend of June 5-7th, working class activists from across Canada travelled to Montreal to discuss the way forward for Canadian revolutionaries. Representatives of Fightback from BC and Ontario joined, together with the militants of the International Marxist Tendency of Quebec, in an incredibly enthusiastic meeting of solidarity and struggle.

The second day of congress was dedicated to elaborating on the Perspectives for Pakistan, as well as a discussion on the building of the Marxist tendency, followed by a report on the work of the IMT around the world. After the congress the more than 2000 comrades left the conference hall and organised a protest rally in the streets of Lahore.

Details
The Struggle Editorial Board
10 March 2009

The North Punjab Regional congress of the IMT's Pakistani section was held on March 8, in Rawalpindi. More than 120 comrades from Rawalpindi, Islamabad, Attock, Taxila-Wah and Abbottabad areas participated in the gathering, including trade union comrades, the PTUDC, People's Youth Organization and JKNSF.

On June 7 the BPJ held its third national congress, but this time there was something new on the agenda, the proposal to affiliate to the International Marxist Tendency. This was agreed unanimously by all those present, and it marks a major turning point both for the BPJ and the IMT.

Over the weekend, June 13-15, the Venezuelan Revolutionary Marxist Current (CMR) held its 5th Congress at the Inveval factory - presently being run under workers' control. One hundred comrades attended the congress, where all the reports confirmed significant growth over the past year, both in terms of numbers and influence within the Bolivarian movement and the wider workers' and youth movement.

This coming weekend the El Salvadorean BPJ (Peoples' Youth Block) is holding its third congress, where affiliation of the organisation to the IMT will be ratified. Marxists all over the world welcome this new addition to the forces of the International Marxist Tendency at a crucial moment in the history of El Salvador.

On the weekend of May 17 and 18, nearly 30 members of the Workers International League gathered in Minneapolis, MN for the WIL National Congress, the most important event in the political life of the organization. Comrades were present present from Portland, San Francisco, Minneapolis, Madison, St. Louis, Nashville, New York, Pittsburgh, Providence, and Washington DC.

Last week, (May 1-4) the Marxist Tendency in Italy, gathered around the journal FalceMartello, held its national conference. More than 175 comrades took part in the four-day event. One could feel that the comrades are on the verge of another leap forward in their development.

Last weekend the Socialist Appeal held its national conference, the proceedings of which revealed important steps forward in the development of the tendency in both the youth field and the trade unions. The mood was one of enthusiasm and determination to build even further on the past year's successes.