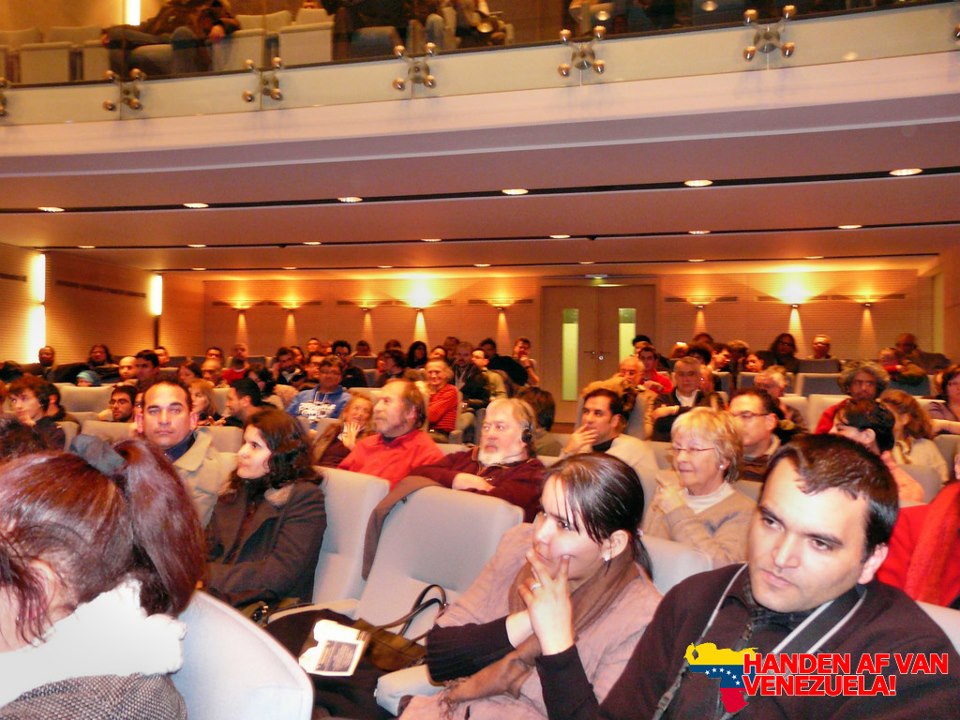 Despite a harsh blizzard and traffic disruptions 250 people braved the weather to gather in Brussels, at the buildings of the Christian trade union CSC/ACV, to pay homage to the recently deceased President of Venezuela, Hugo Chavez. Erik Demeester of the Hands Off Venezuela (HOV) campaign and Veronique Coteur of Intal explained the political significance of the gathering: ‘Hugo Chavez was not only a president of Venezuela. He was above all an international revolutionary leader.

He inspired all those who struggled against capitalism, for social justice, for the transformation of society, for socialism. We are not only referring to the social reforms implemented in Venezuela. Above all he gave a voice and hope to the poor and the oppressed from Caracas to the Bronx over Gaza and the West bank.  The rich, the oligarchs, the multinationals, US and EU imperialism will never forgive him for this…Those who think that the death of Hugo Chavez will mean the end of the revolution make a big mistake. The revolution we inherit from him will be completed. Our role as a solidarity movement is to continue his struggle against capitalism in our own country’.

A dozen people (trade unionists, writers, activists in the solidarity movement, members of Parliament, etc.)  spoke about the political and personal impressions that Hugo Chavez and the Bolivarian revolution had made on them, with the final speaker being Ambassador Antonio Garcia, who had just returned from Chavez’s funeral in Caracas.  The speeches were interspersed with musical performances, videos and poetry and the HOV campaign distributed a bilingual leaflet explaining their work defending the Bolivarian revolution in Venezuela. The homage was concluded, not with one minute silence, but with one minute of loud and defiant applause in honour of Hugo Chavez.