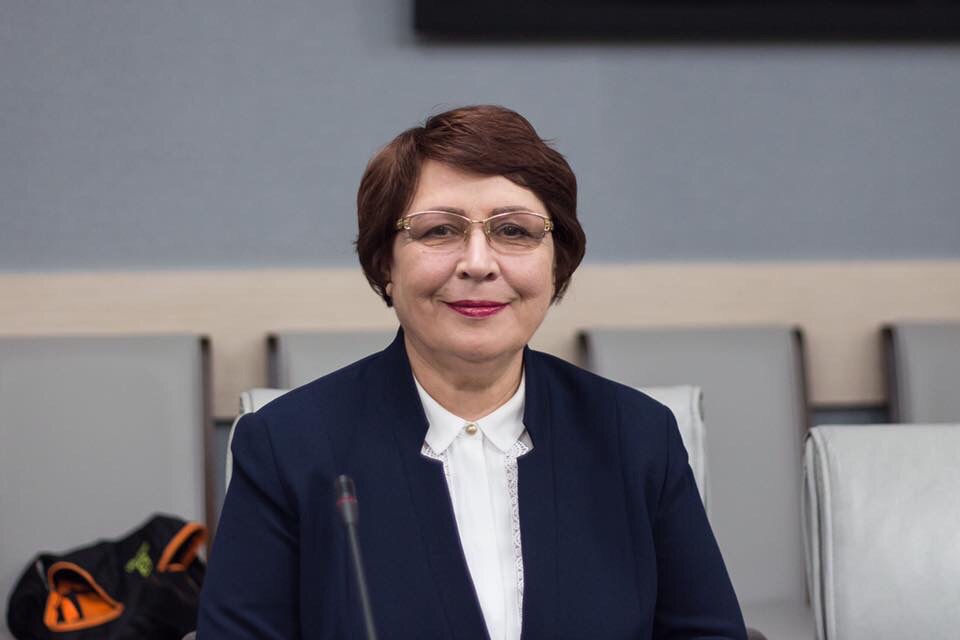 Elections to the Moscow City Duma (city council), despite the typical vote manipulation and skullduggery, inflicted a crushing defeat on United Russia in comparison with previous contests. The opposition received almost half of the seats in the city Duma, while some districts were taken by United Russia, thanks to bureaucratic measures and the actions of pseudo-communist wreckers. It was only due to these underhanded methods that the government was able to maintain a controlling stake in the local Duma.

Also responsible were those on the left who chose to adopt the sectarian tactic of an electoral boycott. By refusing to participate, they have abdicated from responsibility for the ongoing political struggle.

We can say for sure that the working-class outskirts of Moscow (especially the Eastern District) are giving no-confidence vote to those in power. The Communist Party of the Russian Federation has become a leading force of opposition after a long period of retreat. This is no thanks to its higher leadership (including Zyuganov and his clique), but to working people who are fed up with the authorities and have been politically mobilised by the ongoing crisis. 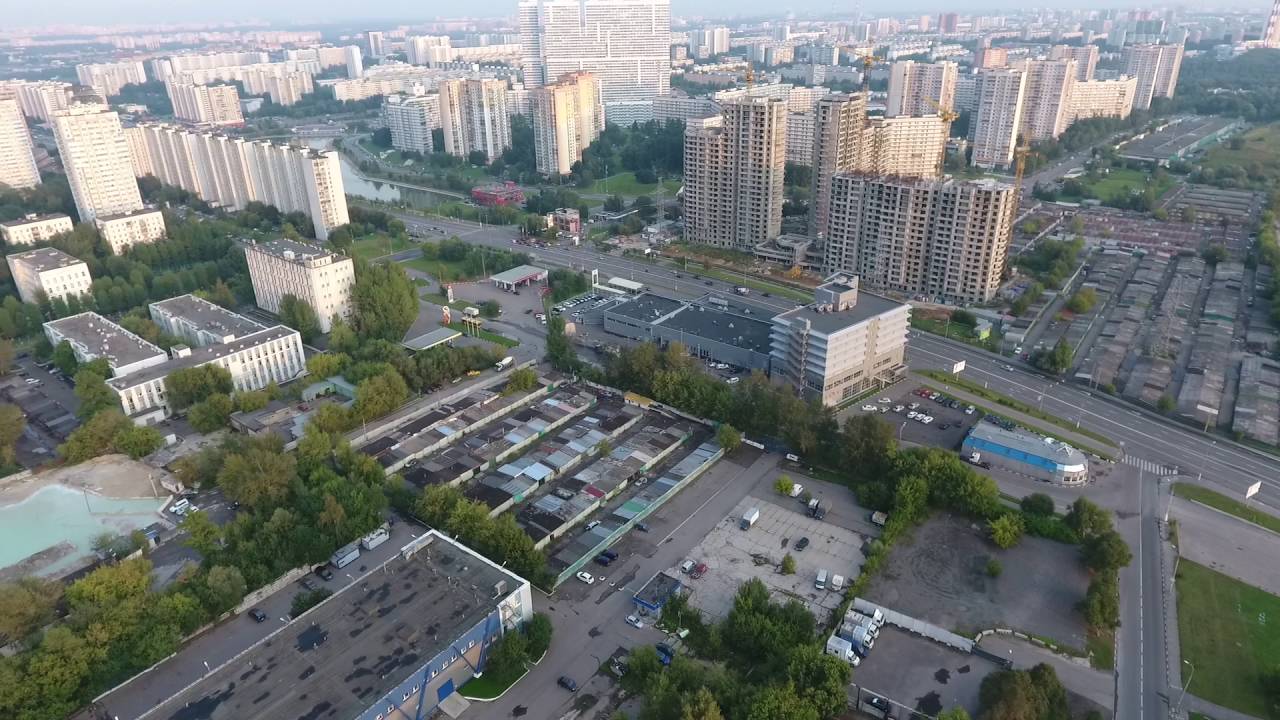 Our comrades focused on the 31st District in Moscow, where voters chose socialism over United Russia! / Image: IMT

Although this is not a total victory, it certainly opens up new prospects for the struggle in Russia’s capital city and shows that the monopoly on power enjoyed by Putin’s capitalist gang can no longer be maintained, even within the framework of mostly decorative and highly controlled elections.

A victory for the united front tactic!

In one of the constituencies (Zyuzino, Nagorny, Chertanovo), a sensational political breakthrough was made by Lyubov Nikitina – a CP candidate endorsed and supported by the local IMT. During a tremendous political mobilisation, we managed to kick United Russia Sergei Zverev (who had been elected deputy for the district for more than 15 years) out from the Moscow Duma, winning more than 45 percent of the vote. And this was despite the fact that, in all previous elections in the district, candidates from the Communist Party won an average of no more than 16 percent! 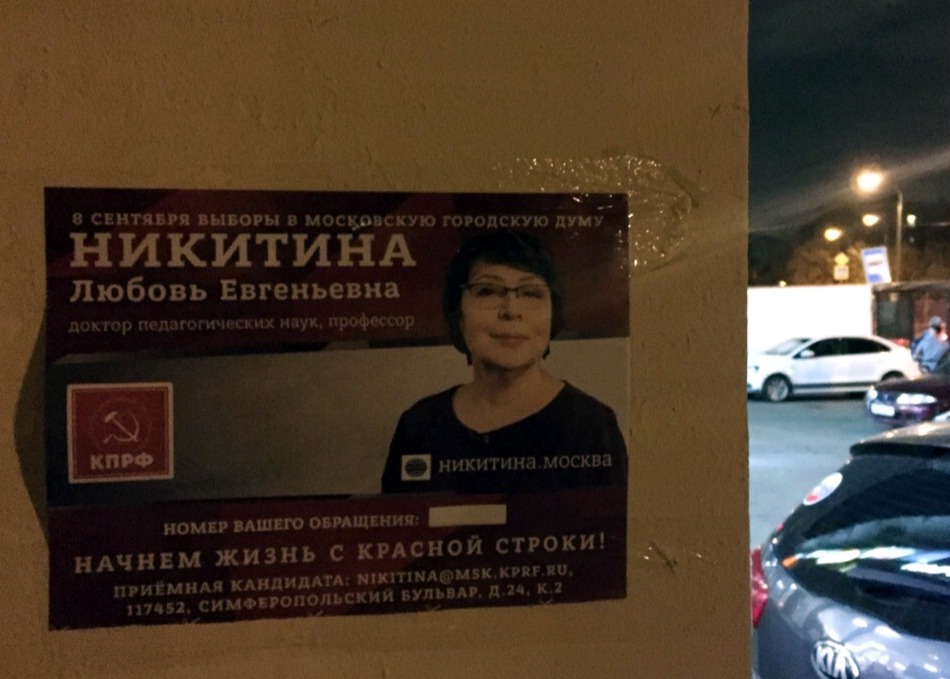 Lyubov Nikitina – a CP candidate endorsed by the local IMT – won a seat in the Moscow Duma / Image: IMT

Furthermore, this was accomplished despite the wrecking activity of the Just Russia party, and the so-called “Communists of Russia” party in the constituency, which was carried out in such close collaboration with United Russia and the local authorities that we observed the same individuals campaigning for UR, JR and CR! The authorities very clearly discerned the power of the united front policy here and made every effort to ensure a victory for their candidate. And yet - they failed. Residents of the area have chosen socialism.

Due to the objective limitations of our resources, we were obliged to make a concrete choice on which district to focus our efforts in the struggle against United Russia. We decided on the 31st District and Lyubov Nikitina became our candidate. This decision was made based on the experience of our activist work in the area, during which this particular candidate showed herself truly worthy of support and qualitatively different from many candidates nominated in recent years by the Communist Party, who have in many cases been bluntly pro-capitalist.

During campaign rallies and meetings, we emphasised that voting in the constituency raises the question, not only of confidence in the next parliamentary candidate, but of working people raising their voices for their legitimate rights, for socialism, and for a democratic, working-class perspective. In addition, we conducted propaganda for rank-and-file workers’ democracy, which enjoyed a lively response among the inhabitants of the districts.

The result was a triumph for the united front policy. The Moscow region, which was deep blue for many years, has turned red!

What’s next for Moscow? 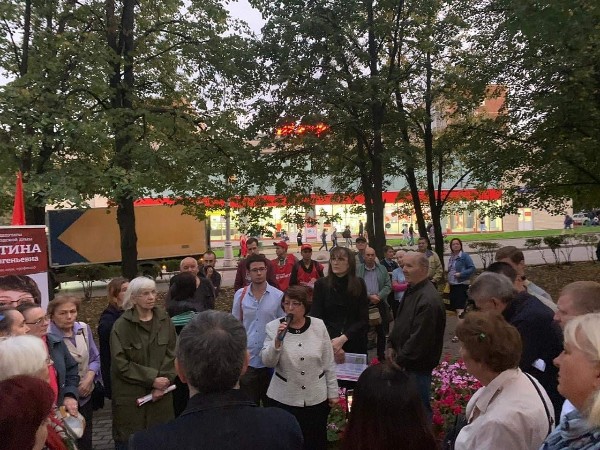 This breakthrough is a small step in a long struggle / Image: IMTHowever, this victory should not give us illusions in solving Russia’s problems through parliamentary methods alone. This victory is only the small, first step in the grand struggle that lies ahead. The working people of Moscow are only at the beginning of a major battle for our rights, for workers' power and for the socialist transformation of society. The opposition still does not have an absolute majority in the local Duma, but it can already exert tangible pressure on the authorities.

In addition, we must continue to advance along the path of putting grassroots, workers’ power on the order of the day. We should not simply take the word of left-wing opposition parties at face value, no matter how good their individual representatives are.

In this regard, we can only repeat what we already wrote in a previous document concerning our position on the elections in Moscow:

“[W]e cannot completely and solely rely on the loyalty and consistency of nominees from the Communist Party of the Russian Federation, the higher leadership of which has repeatedly shown its capacity to cynically betray the interests of workers; and therefore, our objective should be to use the present moment to exercise constant grassroots self-organisation and control over the activities of those representatives who are elected. Any delegates should be subordinate to the will of the working people, and not vice versa, but this will not be possible without our own efforts and grassroots structures, which are political bodies in their own right and, at the same time, a mechanism for such control – the workers’ councils.”