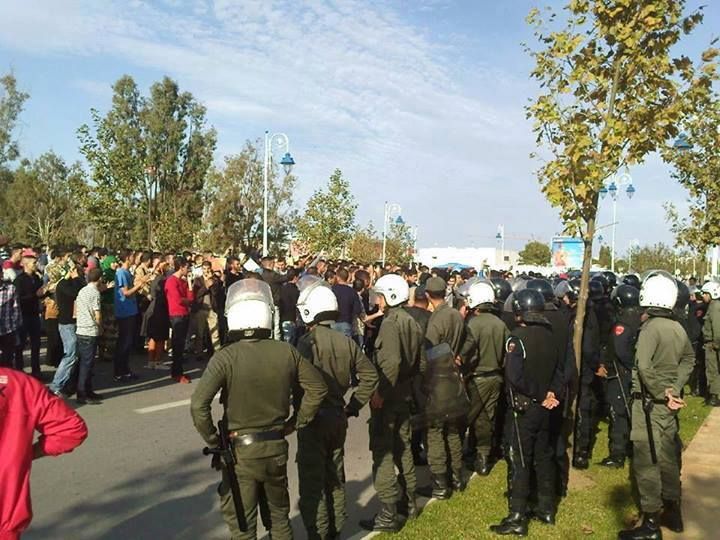 Yesterday a 300-strong police force attacked the students of the Abd Elmalik Essadi University in Martil.

The attack was the answer of the Moroccan police state to the students’ demand for lower transport fares. Bus fares have increased four  times already since the beginning of the year. Too much is too much say the students. 14 students have been arrested and 10 have been injured by the police brutality (see video below). The student union Unem (Tendance Basiste) is actively intervening in the movement and giving it a revolutionary direction. Please send your messages of solidarity to contact@marxy.com