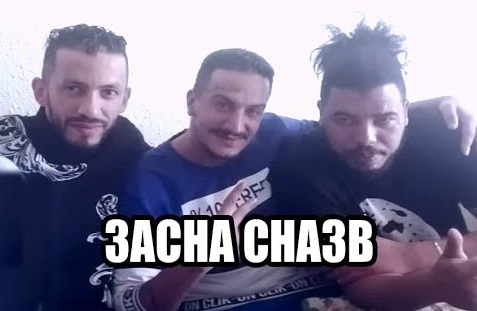 Suddenly, and without any warning, a rap song appeared on social media, produced by three young men – who were unheard of up to that moment – and racked up millions of views in record time. The track was entitled "Long Live the People", based on the slogan of the revolutionary youth (especially notable in the 20F’s manifestations) directed against the monarchist slogan: “long live the king”. The track topped the list of most-watched Moroccan videos on YouTube. This is unprecedented for an agitational song, as the top spot has typically been occupied by pop trifles.

This is a song by three young men from the margins of society, (Gnaoui, Ould el-griya and Lezaar), originating from poor neighbourhoods, bearing all the physical and psychological scars of their backgrounds. These three young people – with their manner of dress, hairstyles and language – represent the majority of poor, young Moroccans. In this song, they say they speak on behalf of all the oppressed, popular layers: those who fought for the independence and still don’t feel the results, the mothers whose children died at the sea trying to immigrate, the downtrodden, the unemployed graduates, political prisoners, etc.

Read the original in Arabic |

They chant: “Long live the people and long live the downtrodden. Mom, I am indignant that you don’t want me to speak”. Then the song continues, reflecting the tragic situation experienced daily by the youth in terms of poverty, injustice and unemployment. It is no accident that millions of young people saw these three artists as their legitimate representatives.

This five-minute song shatters the stereotype (popularised by the Moroccan media) that rap artists are all spoiled, middle-class rebels (armed with musical instruments gifted them by their parents on their birthdays) who use their soapboxes to rail against the patriarchy, insult the ignorant masses “that do not deserve [the rappers’] sacrifices”, or threaten unfaithful lovers.

The track also breaks from the tradition of protest songs that are limited to criticising the cops and their district commanders, together with warnings to “His Majesty” about his nefarious advisors. This new song’s straightforward messages hit home like bullets. Not even preoccupied with criticising the government, the artists’ ire is turned directly on King Mohammed VI, with lyrics such as: “He who is supposed to protect us is the one who plunders us.” The track uses wordplay to twist the title “Commander of believers” (used by monarchists to describe the king) into “Commander of the addicted”, in reference to Mohammed’s involvement in international drug trafficking, and his own addictions to drugs and alcohol.

The track also references the songs and chants of the Moroccan youth at the football stadiums, such as the song “In my country they oppressed me,” favoured by the fans of Raja of Casablanca; "This is a country of humiliation" by fans of the Union of Tangier; "Oppression and darkness" by the Black Army Ultras, and dozens of other songs that are all defiant and angry, expressing the desire for freedom, dignity and social justice.

The success of this song created a wave of fear among the security services, as well as the various defenders of the regime and its journalists-for-hire. They reacted with absurd levels of confusion, with the police arresting one of the three singers (Gnaoui), before attempting to arrest the other two men, who then went to ground. But in the face of overwhelming public solidarity with the members of the band – with thousands of young people at football stadiums singing the words "long live the people" – the authorities retreated, announced that they are not looking for the other two men, and that the arrest of Gnaoui has nothing to do with “Long live the People”, but was related to the charge of "insulting an organised institution", namely, the police department!

The media mercenaries in the "independent" press were ordered to distort the image of these three young men, accusing them of being "scum gangsters", "drunkards" etc. But unfortunately for the regime, this slander campaign and the charges levelled against Gnaoui have only increased the popularity of the song.

The government’s reaction was ridiculous. The Minister of Human Rights, Mustafa Al-Ramid said that the lyrics were “revolting, provocative and abusive to state institutions.” Spokesman Hassan Abiaba, said that the government has decided to “prohibit all artistic activities involving rap songs” (but only revolutionary songs: all others are, of course, welcome). We are eager to see how this slave of his majesty will manage to silence the songs that disturb his master’s royal peace!

The ruling class and its state cannot see the real causes of this discontent in society, so they interpret it as a product of conspiracies, which can be eliminated by repression, imprisonment, containment, etc.

They are not necessarily stupid (although there are many stupid people among them) but their view of reality is determined by their class position. They consider their system to be the best possible system, and their world the best possible world. How can it be otherwise when they enjoy everything they want and more? Meanwhile, poverty, unemployment and oppression are normal and natural. The pious among them interpret this state of affairs as "divine will", while secularists interpret it as the product of eternal objective laws.

The ruling class often blames the victims for the life they endure. The unemployed and poor are so because they are stupid, lazy, etc. Therefore, they see in the songs of football fans only “impudent rioting” and a "lack of decency". They consider “Long Live the People” only a whim of "scum and drunkards".

But the real reasons for this song's popularity are the harsh living conditions faced by the majority of young Moroccans, who endure unemployment, poverty, marginalisation and repression. It is the situation that theHigh Commission for Planning itself has already confirmed when it revealed that 1,685,000 young Moroccans aged between 15 and 24 years (or about 25 percent) are unemployed and not in education or training. The situation was also confirmed by aUnited Nations report, when it pointed out that 60 percent of Moroccans live in poverty and marginalisation, making the country one of the poorest in Africa, along with Zimbabwe, Mali, Somalia and Gabon. 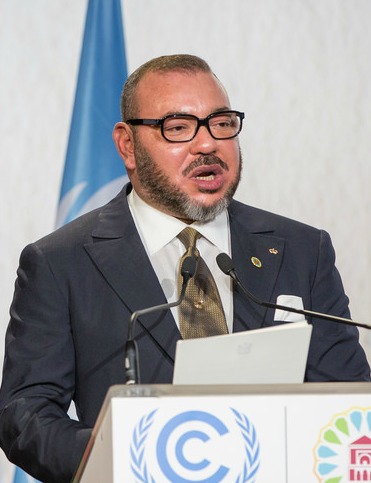 "Long Live the People" is a scathing attack on King Mohammed VI, which has electrified the Moroccon youth / Image: public domain

The result is that millions of poor, marginalised youth, deprived of their most basic rights, are angry and want immediate change. When they find no way to express this desire, they destroy themselves with drugs, ride death boats in a desperate attempt to flee abroad, or commit suicide.

But still, many continue to seek a way out of their situation and receive every bold and sincere message with great enthusiasm. So, even if the regime suppresses these three youths, or forces them to remain silent or emigrate (as it has done with artists like El haked, ‘the Vindictive’), many songs, slogans and other forms of protest will rise to the surface, expressing the deep discontent that is boiling underneath, just waiting for the opportunity to explode in the form of a great revolutionary youth movement.

“Long Live the People” is an indication that the boiling mood among young people is approaching a revolutionary pitch. The Moroccan revolution is coming, this is the perspective we must prepare for. The demands of these young people – for good education, decent work, freedom and well-being – are revolutionary in nature, because capitalism and its dictatorial regime cannot provide them.

This bankrupt and dictatorial capitalist system has nothing to offer these millions of young people but more poverty, unemployment and oppression. This means the youth are a real base of support for the revolutionary left, and we should address our slogans, programme and efforts to wherever they are (be it in poor neighborhoods, universities or workplaces), and convince them that only the working-class programme – the revolutionary socialist programme – can eradicate poverty, unemployment and social exclusion at their roots and build a Morocco based on freedom, dignity and social justice.