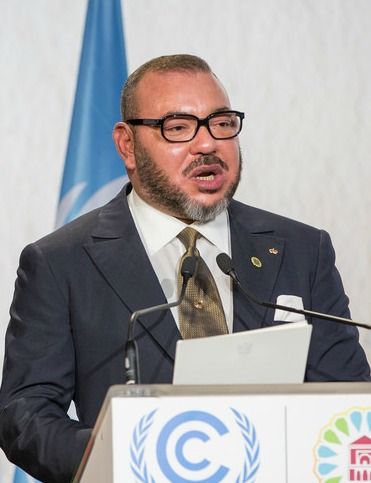 On Tuesday, 29 January 2019, the MAP (Maghreb Arabe Presse) announced that the Kingdom of Morocco expressed its official support for Juan Guaido, who has proclaimed himself “interim president” of Venezuela. By doing so, Morocco became the first country in all of Africa and the second in the Middle East to express its support for the American-backed coup against the democratically elected President Maduro. Israel (headed by the child-murderer Netanyahu) has also recognised Guaido as a "legitimate president", just because he declared himself so.

This move represents a blatant criminal interference in the affairs of a sovereign country and shameless complicity with American imperialism, which has been working for many years to topple the regime in Venezuela and install a government favourable to its interests. The actions of the Moroccan government are a treacherous stab in the back of the Venezuelan people, who have always expressed solidarity with the peoples of the world and the peoples of our region, and in particular against imperialist and Zionist aggression, especially with regards to the Palestinian and Iraqi peoples.

This mutual recognition by an adventurer seeking to impose himself as president without being elected, and a dictatorial regime, is an all-around disgrace. But, as the saying goes: birds of a feather, flock together.

It is ironic that Moroccan Foreign Minister Nasser Bourita, who offers the certificate of legitimacy to Guaido, has never won a single vote in an election. He has been appointed by the king, who also has never been elected by anyone, and represents a system that has never witnessed any fair, democratic elections in its history.

As if this is not enough to constitute a scandal by every standard, we find in the same statement that the Foreign Minister Nasser Bourita expresses “[...] the support of the Kingdom of Morocco for all the measures taken by Guaido to respond to the legitimate aspirations of the Venezuelan people for democracy and change." 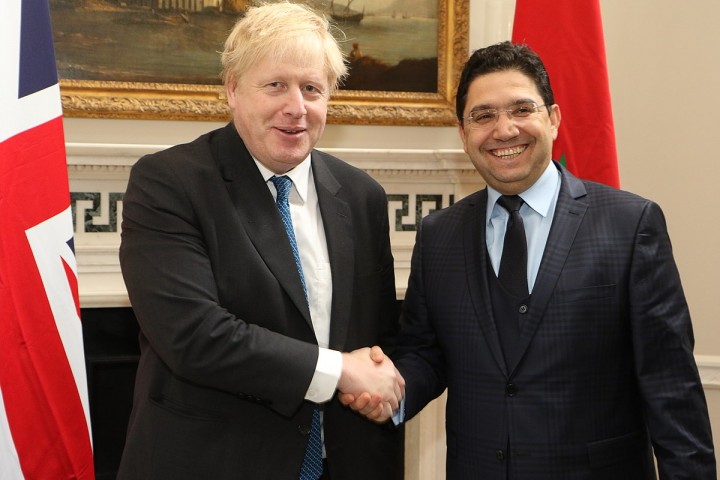 (Unelected) Foreign Minister Bourita, has recognised Guaido. He was appointed by the (unelected) head of state, and represents a regime that has never witnessed democratic elections / Image: Foreign & Commonwealth Office

Thus, the same Moroccan dictatorial regime, which has never hesitated to kill unarmed demonstrators, or arrest and imprison them for years, simply for demanding bread, freedom and social justice, has now become concerned with "the aspirations of the Venezuelan people for democracy and change"!

Now, in order to ease the anxiety of the kingdom’s officials towards the situation of the Venezuelan people, let’s make some comparisons.

Education in Venezuela is much better than in the “Happy Kingdom”. 95 percent of the Venezuelan people are educated and more than 92 percent of Venezuelan children benefit from primary-level education, all thanks to the Bolivarian Revolution, and all despite the imperialist siege and the sabotage of the bourgeoisie. In Morocco, the only siege is the one imposed on it from within by an oligarchy of parasites that absorb all wealth with unparalleled greed. The proportion of educated people here is 70 percent, according to official figures, and we will not reach 67 percent of children in primary education until 2021-2022. This figure, despite its modesty, is impossible under the existing regime.

While there are only 14 universities in Morocco, Venezuela has about 100 institutions of higher education and one million students studying for free. As for the health sector, while Venezuela records 16 infant deaths per 1,000 new births, Morocco records 26 deaths among males, and 21 among females among every 1,000 new births.

Therefore, the people who deserve solidarity in their struggle for democracy and change are the Moroccan people, not the Venezuelans!

A dictatorial regime has the effrontery to support a US-backed coup, led by an unelected adventurer! / Image: fair use

The justification given by the regime's puppets for this treacherous gesture against the Venezuelan people is the aim of serving Morocco’s "strategic interests" – i.e, to punish Venezuela for its position on the issue of Western Sahara. But this justification does not justify anything, because Venezuela's position on the issue of Western Sahara is the same as that of the most of countries of the world. It considers the region a zone of conflict and supports the Polisario's efforts to achieve a referendum to determine the fate of the region and its people. It is the same position adopted by the United States and France, as well as the African Union, which Morocco has recently joined, and therefore the "Happy Kingdom" is duty-bound to support every adventurer who crops up in any of those countries and declare himself president in future.

This is all nonsense, but the one positive thing about this development, along with other events, such as Morocco participating in Saudi aggression against the Yemeni people, is it will exacerbate the regime's isolation and expose its criminal and reactionary nature everywhere.

The only real reason behind this support for a coup against a legitimate government is a desperate attempt by this regime to win favour from the Trump's administration, whose ire it provoked by supporting Hillary Clinton during the election campaign, sending millions of dollars of money from the impoverished Moroccan people to help with her presidential bid.

The message is now: "Hello, my lord, you can see that I am an obedient dog and you can count on me!" But it is certain that this will not win any hearts or minds in the White House.

In preparation for this crime, Nasser Bourita invited some members of the Republican Zionist coalition, which is a pro-Israel US lobby group, to visit Morocco on 23 January, including Elliott Abrams: the same person assigned by US Secretary of State Mike Pompeo to assist with what America calls "restoring democracy" in Venezuela. Moroccan officials must have received orders to support Guaido at that meeting.

We Marxists are still a small force, but our numerical weakness does not prevent us from declaring our position on what is happening to the revolutionary youth and working-class of Morocco, and the world.

Workers and revolutionary youth of Morocco, let us raise our voice with the slogan: “Imperialists and reactionaries hands off Venezuela! Let the Venezuelan people decide their destiny themselves!”