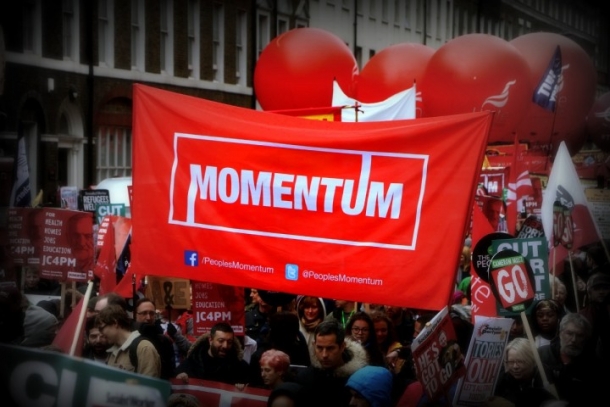 On July 1, elections for Momentum’s leading body produced a victory for the grassroots slate, winning on a promise of democratic change and socialist policies. This should empower activists to get organised and fight the right.

Momentum members have elected a new leadership in the wake of Jon Lansman’s departure. Activists from the Forward Momentum slate – standing on a promise to democratise the labour movement and fight for socialist policies – have swept the board.

This demonstrates the real fighting mood that exists amongst grassroots Labour members. The task now is to turn this victory into a platform for a determined fightback against the Blairites and the Tories.

Forward Momentum candidates ran a bold and positive campaign, pledging to put power back into the hands of grassroots activists.

As part of a comprehensive programme, the slate called for open selection and “an end to selection stitch-ups and backroom deals”. These calls for greater democracy come alongside socialist demands for public ownership, and important efforts to scale up political education and trade union organisation.

Notably, the slate itself was selected through a process of open primary elections, on the back of online meetings held across the country. As a result, amongst those now elected onto the Momentum NCG (National Coordinating Group) are rank-and-file trade unionists and community activists with roots in local labour movements.

By comparison, candidates for the rival Momentum Renewal slate were chosen precisely through the sorts of opaque ‘backroom deals’ that Forward has promised to put an end to.

Indeed, the only transparent thing about Renewal was how clearly they were the ‘continuity’ faction, effectively promising ‘Lansmanism without Lansman’. Rather than renewal, they offered ‘replace and repeat’. But this did not wash with Momentum members, who have grown tired of the deadend down which the ‘left’ bureaucracy has led the Corbyn movement.

In all other areas, the Forward slate secured a clean sweep, winning almost 60% of votes amongst the far-larger pool of rank-and-file Momentum members. Turnout overall was over 8,500, representing a sizable chunk of Momentum’s total paid-up membership of around 25,000.

This disparity shows the clear divide that exists between ordinary members of the labour movement and those in official positions, highlighting once again the need for open selection and genuine democratic accountability.

Forward Momentum’s promises are a breath of fresh air for left-wingers, who have been suffocated by the stale Lansman leadership of the past five years.

These election results should provide enthusiasm to grassroots activists, empowering them to regroup and go on the offensive. With a new dynamic leadership at the helm, Momentum can once again become a reference point for Labour lefts looking to get organised and fight.

This changing of the guard comes at a key moment for the movement. With Labour’s official democratic structures paralysed by the pandemic, the new right-wing leadership have been looking to rush the party to the right.

Straight off the bat, Starmer replaced all the Corbynistas from the Shadow Cabinet. The one tokenistic remaining left-winger – Rebecca Long-Bailey – was sacked in a provocative move last week, over trumped-up charges of anti-semitism. This has rightly been seen by left-wing Labour members as a declaration of war.

Starmer had already replaced pro-Corbyn general secretary Jennie Formby with Blairite bureaucrat David Evans. And whilst suspending local members such as the ‘Wavertree 4’ on the basis of anti-semitism smears, nothing has be done to bring the racists and bullies named in the leaked report to justice.

Now the Labour leader has crossed the Rubicon, and is looking to finish the job of reclaiming the party for the right – and for the big business establishment they represent. But in the way stands an army of rank-and-file members, who have wrested control of local parties in recent years. And they are not going to give up these gains without a fight.

Organising this fightback must be the central priority for the new Momentum leadership.

For grassroots members, Momentum was always seen as a vehicle for transforming the Labour Party. But under the authoritarian control of its founder Jon Lansman, the organisation ossified and became a barrier to the valiant efforts of Corbyn supporters.

Instead of helping to transform Labour, the Lansman leadership actively sabotaged the movement. Momentum’s democratic structures were shut down. Endless compromises were made with the right wing. And, with the help of the trade union bureaucracy, attempts to bring in open selection were blocked.

Now, with a new leadership at the helm, one drawn from the rank-and-file of the labour movement and not a bureaucratic cabal, we have the opportunity to turn Momentum into what it should always have been – a weapon for organising the Labour left in the fight against the right.

What remains to be seen, however, is whether the Lansmanite bureaucracy around Momentum Renewal will willingly hand over the reins. After all, Momentum is officially not a political organisation, but the personal property of its owner Lansman – a man who had no second thoughts in centralising all control in his hands the last time grassroots activists looked to assert themselves.

Lansman himself has stated that he will step back, to focus on his role on the Labour NEC – a position that he owes precisely to his dictatorial control over Momentum in the past.

But new NEC elections are now approaching. The immediate focus for the left is therefore on putting forward a united slate that can seize control of Labour’s ruling body back from the right wing. Will Lansman and his gang, however, allow the newly-led Momentum to take the lead in drawing up this slate?

After all, in the NEC by-elections that took place earlier this year, the right wing was able to narrowly secure victory thanks to the Lansman bureaucracy’s insistence on running their own candidates, in opposition to those backed by the grassroots left.

With the left vote divided, the Blairites were able to sneak in. This has subsequently provided Starmer with a slim majority on the NEC, which he has used to push his preferred replacement for general secretary; and now, this week, to vote down attempts to bring in online democracy for CLPs, which would have allowed members to hold the party’s leadership to account.

At today's NEC I proposed an amendment that CLPs should be allowed to meet formally online, as well as nominate for local govt selections and the NEC. It was defeated by one vote. Your new leadership does not want our CLPs meeting other than on its own narrow priorities.

The left’s attempts to regain control of the NEC have also been complicated by this week’s decision to introduce Single Transferable Voting (STV) for NEC elections, in place of the previous ‘first past the post’ system. The result is that the left will need to be far more united and organised going forwards, in order to gain the necessary majority of votes. 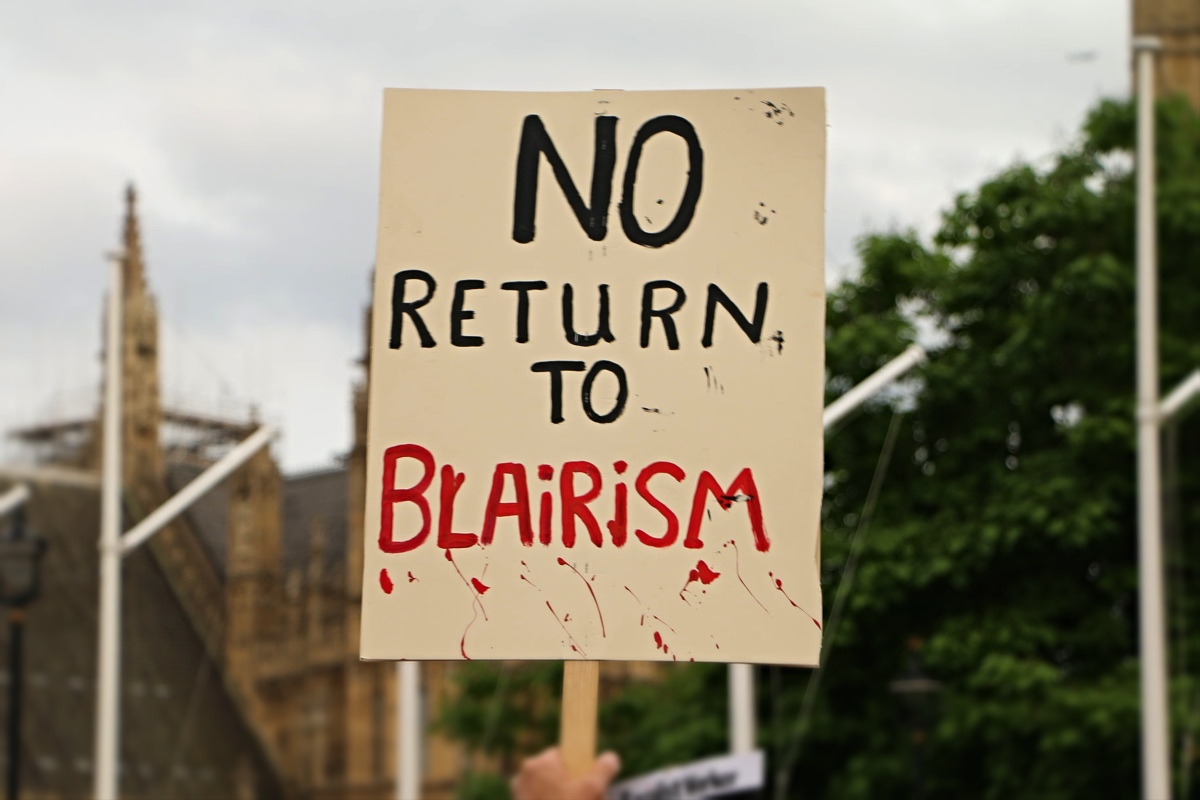 The potential that exists for organising and fighting back against Starmer and the Blairites / Image: fair use

Many left-wing Labour members are understandably demoralised by recent events: from the election defeat in December 2019, to Starmer’s leadership victory, to the rapid shift to the right. Some are tearing up their cards in disgust, turning their back on what they perceive as being a move to New Labour 2.0.

But these Momentum election results should give grassroots activists hope. They show the appetite for radical change amongst rank-and-file members, and the potential that exists for organising and fighting back against Starmer and the Blairites.

Momentum must once again become a banner for the Corbyn movement to rally behind. In order to do this, however, the new Momentum leadership – and those who voted for them – must draw the necessary conclusions from the past five years.

Forward’s promises of democracy and socialist policies are an excellent starting point. But these must be taken to their logical conclusion.

The biggest mistake of the old left leadership – including both the Lansmanite and the trade union bureaucracy – was to believe that there could ever be peace between Labour’s mass left-wing membership and the right-wingers in the PLP and at the party’s HQ.

The left leaders constantly held out an olive branch to their opponents, only to have this used as a stick to beat them with. Compromises and appeasement led nowhere. Indeed, they were worse than useless; they were positively harmful, sowing confusion within the movement and sapping morale.

Even now, as Starmer sticks in the knife, Rebecca Long-Bailey and Len McCluskey are appealing for ‘unity’. But weakness only invites aggression.

The right wing, meanwhile, have shown that they are ruthless in their determination to regain control of the party for the establishment. It is time for the left to show the same resolve.

Under its new leadership, Momentum must begin to regroup and organise activists for the struggles ahead inside the party. In combination with the Socialist Campaign Group in the PLP, Momentum must rebuild the Corbyn movement and give left-wingers confidence to stay and fight. 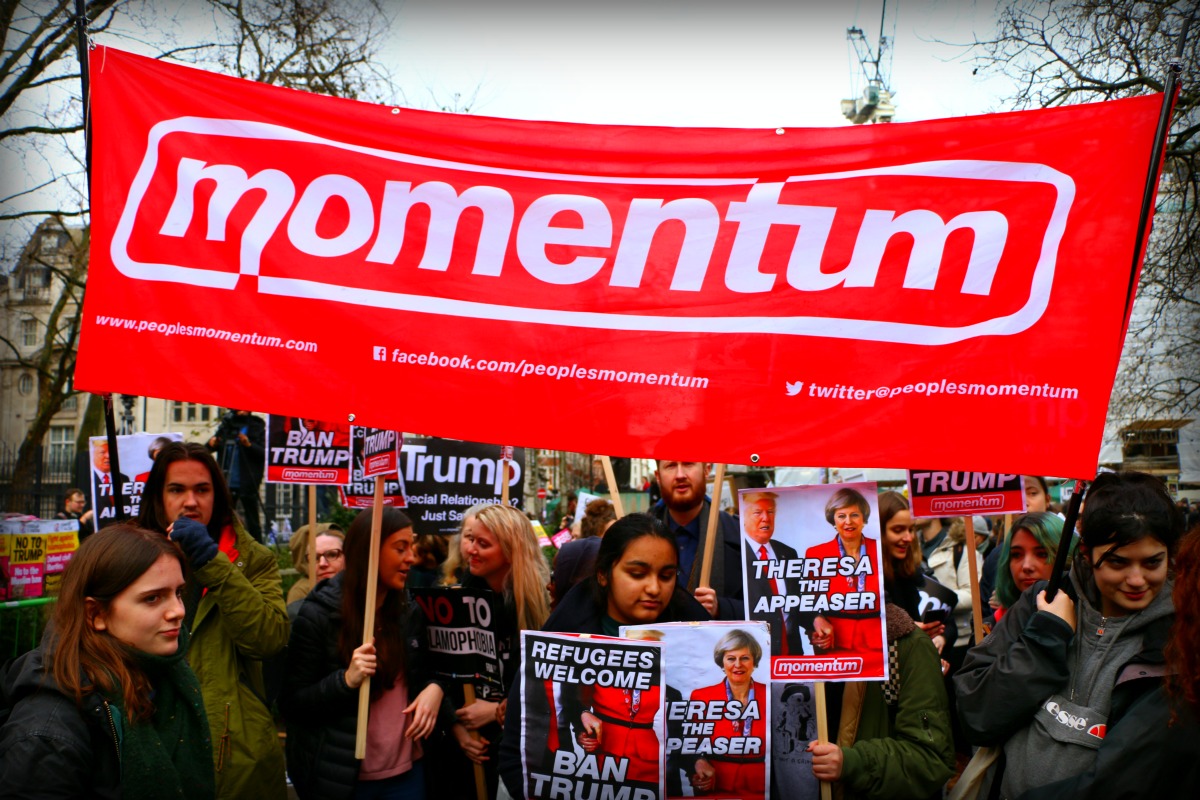 Momentum must begin to regroup and organise activists for the struggles ahead inside the party / Image: fair use

As the lockdown lifts and party structures reopen, we will have a battle on our hands to retain control of CLPs. The need for grassroots organisation has never been more important. As a first step, local Momentum groups should call immediate online general meetings to begin organising the fightback.

The left has an army of hundreds of thousands of radical activists. Grassroots members have consistently shown their willingness to fight against Blairite sabotage and Tory attacks. But we need the generals to match.

The way to rally the troops, prevent a hemorrhage of left-wing members from the party, and go on the offensive is to put out a clear socialist clarion call: No return to Blairism! No more compromises! Fight for a socialist Labour Party!

The past few months have underlined this urgent need for leadership: for a Marxist tendency that can organise workers and youth – inside and outside the Labour Party; in the labour movement and on the streets – around bold socialist demands. This is what Socialist Appeal is building. We urge you to join us in this struggle.