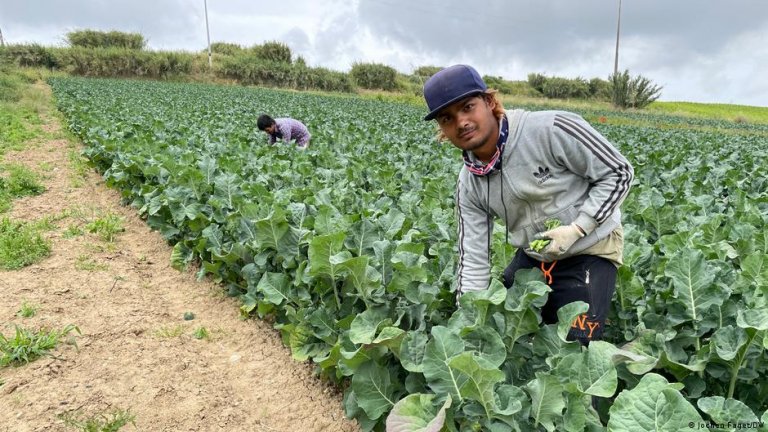 The recent outbreak of COVID-19 in the town of Odemira, which led to a lockdown being imposed upon two local parishes, has exposed a festering wound on Portugal’s social fabric. The outbreak has brought to light conditions of modern slavery, involving human trafficking and the exploitation of migrant workers, living under extremely precarious conditions, which contributed to the outbreak of the disease.

The conditions in Odemira are emblematic of both the complete indifference of capitalism towards human dignity and the hypocrisy of the government and local authorities, who had been aware of this issue for years but had ignored it until it blew up in the media.

In late April, the government placed two parishes of Odemira under lockdown, after a rise in the number of COVID-19 cases. Yet despite travel restrictions imposed on the area, it was noticed that authorities were still allowing companies to bus in migrant workers. This was despite the fact that the local outbreak had occurred among the same migrant agricultural labourers working in the town.

Further investigations by the media exposed scandalous conditions, ideal for the spread of the disease. It has also exposed the complicity of the authorities: in allowing these labour conditions to persist for years, and in their inaction once the outbreak began. However, so deplorable were the overcrowded and unhygienic conditions that the workers were exposed to, that the government was forced to announce the requisitioning of properties to temporarily house those unable to self-isolate.

It is clear that these shocking conditions are the rule amongst migrant workers who have arrived in Portugal to take up seasonal jobs in Alentejo’s farms. Although the authorities had been fully aware of what was unfolding for years, the issue had been largely ignored until it made headlines in early May. Until the outbreak, the government and media had turned a blind eye to the suffering of thousands of migrant workers. Yet as the emergency response to the outbreak in Odemira proves, the resources were there to put an end to this situation all along.

Lenin wrote that “capitalism is horror without end”. There are no more fitting words to describe the now widespread reports about the working and living conditions of these migrants.

It has emerged that Portugal’s border patrol police force (SEF) – itself engulfed in scandal over its treatment of migrants, most notoriously the murder of a Ukrainian national at Lisbon airport – has 32 ongoing investigations into suspected instances of human trafficking.

A total of 134 victims have been identified, 11 suspects arrested, and charges have been brought against 37 people and 14 businesses. These cases have been well known to authorities at least since 2018, and most of them concern the agricultural sector, where migrants, mostly from India, Pakistan, Nepal, Romania, and Moldova, come to work on a seasonal basis.

In 2018, SEF identified an additional 255 migrants working under conditions similar to those exposed in Odemira. In reality, SEF’s investigations are the tip of the iceberg. In 2020 alone, 155 suspected cases were pinpointed, according to the latest annual homeland security report. In Odemira alone, there are over 9,600 documented migrants. The growing demand, particularly from increasing numbers of greenhouses, has led to a rising number of migrants entering Portugal as seasonal labourers.

These workers are ruthlessly exploited at every step of their journey. Migrants are attracted to Portugal by the promise of a better life. Human trafficking networks bring them to Portugal under the guise of being legitimate temporary work agencies. The workers are forced to pay such networks an average of €10,000 each in their home countries just to ensure they can migrate to Portugal legally. But once they arrive, they find they have no labour or social rights. Although given the minimum wage on paper, these workers are forced to pay part of their wage as “fees” to intermediary agencies (in reality gangmasters). After sending a portion of their wages home as remittances, the workers are left with nothing, trapping them in a cycle of effective modern slavery. These very serious human rights violations serve to generate massive profits for the large companies that own the intensive farms of Alentejo.

None of this has taken the authorities by surprise. The 2018 homeland security report already contained warnings about human trafficking for purposes of labour exploitation. According to the trade union federation CGTP, although a law was passed nearly five years ago in an attempt to curtail forced labour and other forms of exploitation, its enforcement has been deficient and no penalties have been imposed on those found to be in breach of it. This trade union has decried the inaction of the authorities, cautioning that ACT – the regulatory body in charge of monitoring working conditions – has been deprived of the necessary human and technical resources.

Besides the working conditions faced by these migrants, their living conditions have also been in the limelight. Countless instances of people living in overcrowded derelict houses, without privacy or proper sanitation, have been reported in the last few weeks. In Alentejo, some migrants pay 100 euros per month for a bunk bed in a 20-person bedroom. Other examples reported by the media include more than 30 workers living in the same two-bedroom house and a former coffee shop being used to ‘house’ an estimated 15 to over 30 migrants.

The local council of Odemira estimates that at least 6,000 out of 13,000 migrant workers living in the town do not have suitable housing. Many of them live in converted containers, a ‘solution’ shamefully supported by the government.

Overcrowding and a lack of basic hygiene are not only an attack on these workers’ dignity, but also on their health during a pandemic, which requires physical distancing and the frequent sanitising of shared surfaces. It is thus no wonder that this ticking bomb was at the heart of the COVID-19 outbreak in Odemira.

In order to handle the outbreak, the government requisitioned Zmar, an insolvent luxury camping business, in order to house a few dozen people who needed to self-isolate but who were unable to do so at their habitual residence. Even when isolating them, the authorities showed their utter contempt for these workers. More concerned with sweeping the problem under the carpet without attracting too much attention, a strong-arm police operation was deployed to forcibly rehouse the workers in the early hours of the morning. The owners of Zmar hypocritically maintained that the requisition would make it harder for them to resolve its insolvency. As ever, profits come before human lives for the capitalists.

Some private property owners within the premises of Zmar, whose dwellings were not appropriated, still sought an injunction to thwart the requisitioning. The workers are not even located at the same part of the compound as the proprietors.

The court case was undoubtedly motivated in part by xenophobic prejudice, but also by fear that this sets a dangerous precedent for requisitioning the private property of the capitalists. In the end, the Supreme Court granted the injunction, leading to some migrants being removed from the facilities.

The government then responded to the injunction and a court battle proceeded, with migrant workers being treated as mere pawns amidst this legal dispute. The requisitioning was eventually dropped after the government struck a deal with the owners of the camping business.

This debacle around Zmar is a textbook demonstration of the antagonism between the interests of private property and the rational use of resources. The requisitioning of hotels and other tourist accommodation currently sitting empty for the temporary housing of people infected with COVID-19 is common sense and something that should have been part of the government’s strategy since the beginning of the pandemic. But under capitalism, private property is the highest law, ranking higher than the right to health, to dignity, and indeed to life itself. 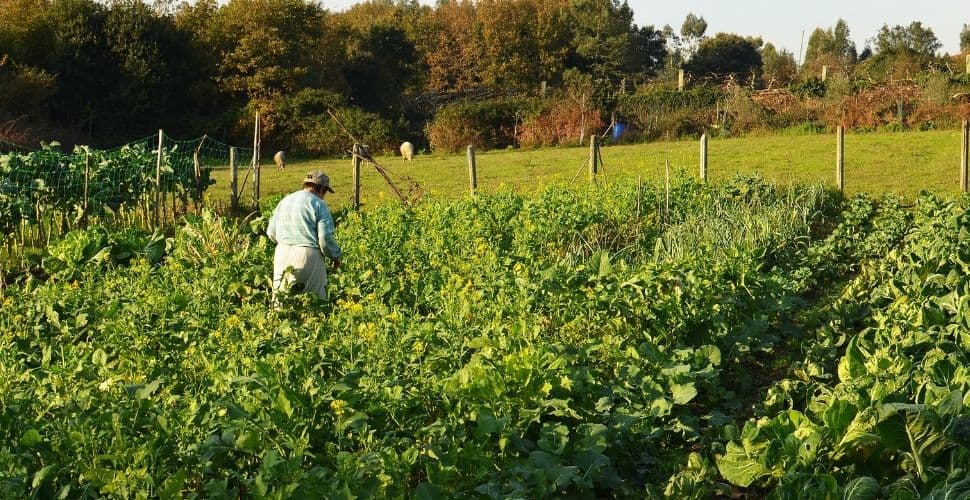 This scandal surrounding the migrants who work in farms across the Alentejo region has shocked the country and led many to search for answers. The degrading conditions in which these people are made to live and work are not simply the result of particularly depraved employers and landlords.

The enterprises that force these migrants to work under conditions of modern slavery do so to maximise their profits in the arena of global competition, in order to gain an edge over their rivals. The profit motive, which is at the core of a capitalist economy, is the cause of brutal labour exploitation. It is the profit motive which causes the bosses and landlords to extend the working day to its upper limit; to push workers’ wages down to their lower limit, and to charge extortionate rents. Ultimately, the government authorities serve these same interests, hence their inaction.

What is clear is that this is a systemic problem produced by capitalism, not of ‘bad’ bosses and landlords. Their callous behaviour is merely a reflection of their role in a rotten system.

Solidarity amongst all workers

As with every discussion involving the question of migration, right-wing opportunists will do everything they can to weaponise the suffering of these workers. Although human trafficking is a heinous crime that we condemn without hesitation, we reject the notion that some people are ‘illegal’ due to the way they have entered the country. Migrant workers must be granted the same rights as every other worker. We repudiate any attempt to whip up xenophobia and sow divisions among workers along national lines. We call for international solidarity amongst all workers.

These migrants have arrived in Portugal because the enterprises that own the farms in Alentejo create a demand for their labour, which they proceed to relentlessly exploit. Stark global economic disparities force workers to migrate from poorer nations to the imperialist nations in search of better living standards. Instead, they often end up becoming victims of super-exploitation, living as second-class citizens with few or no rights. In the last analysis, only a world socialist revolution can bring an end to these inequalities. We demand:

We further demand that trade unions offer their fullest support to migrants and all workers in particularly vulnerable situations, organising migrant workers so that abuse such as was reported across the Alentejo region can never be repeated.