Details
In Defence of Marxism
03 December 2019 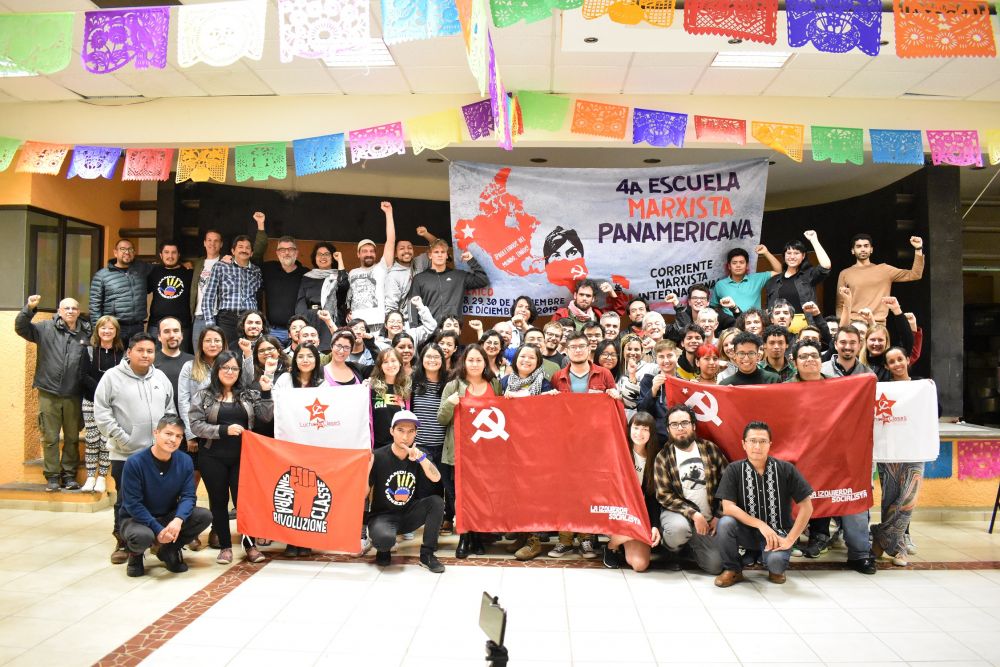 Over 90 comrades from nine different countries on the American continent participated in the 4th Marxist Panamerican Cadre School of the International Marxist Tendency, held in Mexico on 28 November to 1 December. The meeting, taking place at a time of turbulence and mass uprisings in Latin America, was a success, being the largest Panamerican school we have ever held: revealing the advances of the IMT across the continent. For additional detail about the first day, click here.

The school was opened with a public meeting at the Trotsky House Museum in Mexico City. Gabriela Pérez, the Museum's director, greeted the participants and highlighted the importance of the meeting. We are very thankful to the Museum for hosting the session and for the warm welcome to the school. Alessandro Giardello, a leading comrade of Sinistra Classe Rivoluzione, the Italian section of the IMT, spoke about the centenary of the founding of the Third Communist International, which was the main theme of the school.

After the meeting, comrades were transported to Hidalgo, where the rest of the sessions of the school took place over three days of intense political discussion, always in the spirit of comradeship. There were comrades present from Canada, the US, Mexico (from Mexico City, Mexico State, Queretaro, Quintana Roo and Puebla), Honduras, El Salvador, Cuba, Venezuela, Colombia, Brazil, Argentina, Chile, as well as visitors from Sweden and Switzerland. The school discussed a whole range of issues, starting with a discussion on “Populism and bonapartism in Latin America”, led off by Ubaldo Oropeza from the Mexican Izquierda Socialista. 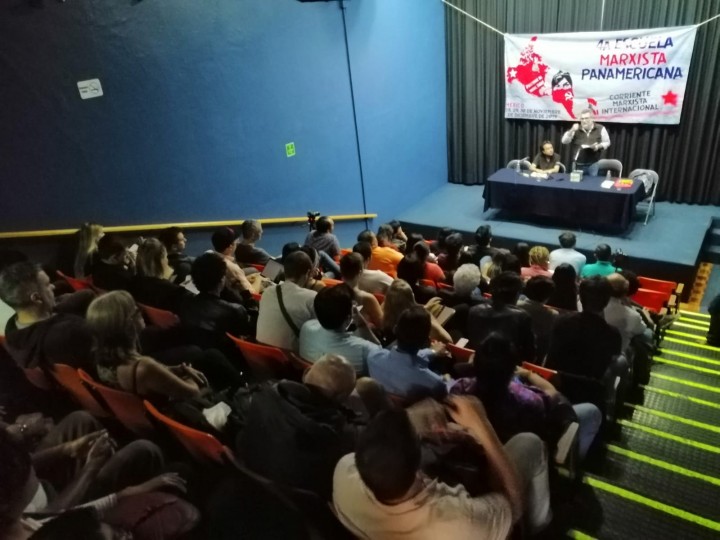 This was followed by a discussion on “Marxism vs identity politics”, which was introduced by Sharon Mayren, also from the Mexican section and organiser of the Revolutionary Women's League. The discussion highlighted the importance of mass movements for women's rights, for equal marriage and against violence towards women, which have brought millions onto the streets in country after country. These movements have an enormous revolutionary potential, and Marxists have a duty to participate in and encourage them, but at the same time we must do it on the basis of a class policy and combating all the petty-bourgeois and bourgeois ideas, which play a negative role. 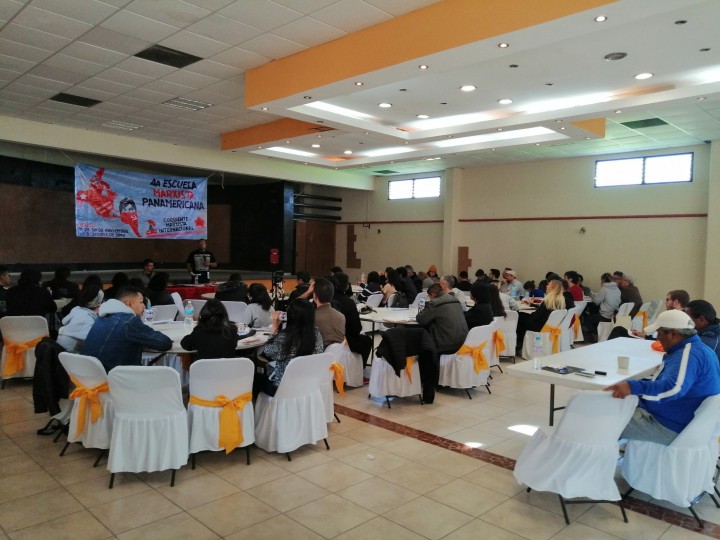 This was the largest Panamerican school we have ever held / Image: La Izquierda Socialista

In the evening, we had a very interesting session on Cuba, where Frank García, a Cuban Marxist who had coordinated the first-ever conference on Trotsky in the island, explained his views on the current situation of the revolution on its 60th anniversary. He explained the debates around the constitutional reform and the dangers posed by an emerging bourgeoisie. 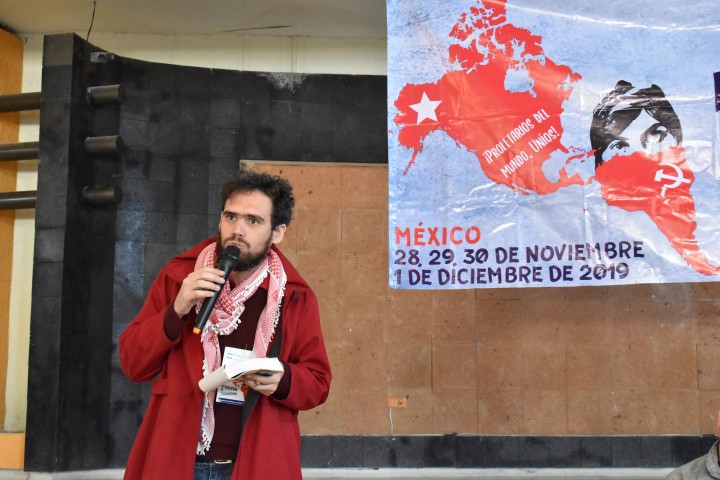 On Saturday, we had a discussion about the building of the International Marxist Tendency in the Americas, where a detailed report of the work was given by comrades from the different countries. 20 years ago, in 1999, the IMT had only one section in the whole continent: Mexico. Now we have sections in eight countries (Canada, US, Mexico, El Salvador, Venezuela, Brazil, Bolivia and Argentina) as well as comrades starting to build the organisation in another three countries (Honduras, Colombia and Chile) and sympathisers and contacts in several others.

That was followed by a discussion on the current situation in Latin America, led off by Jorge Martín. He explained the wave of uprisings throughout the continent, starting in Puerto Rico in July, in Haiti, Ecuador, Chile and now in Colombia. These are not just protest movements, raising grievances with governments, but genuine uprisings questioning the system as a whole and posing the question of power. The discussion also covered the recent coup against Evo Morales in Bolivia and comrades analysed how the policies of the MAS in power, of making concessions and alliances with agri-business, capitalists and multinationals had failed. On the one hand, these policies had alienated the social base of the government, while on the other hand, the same oligarchy Evo Morales had attempted to placate with concessions and pacts have now carried out the coup. 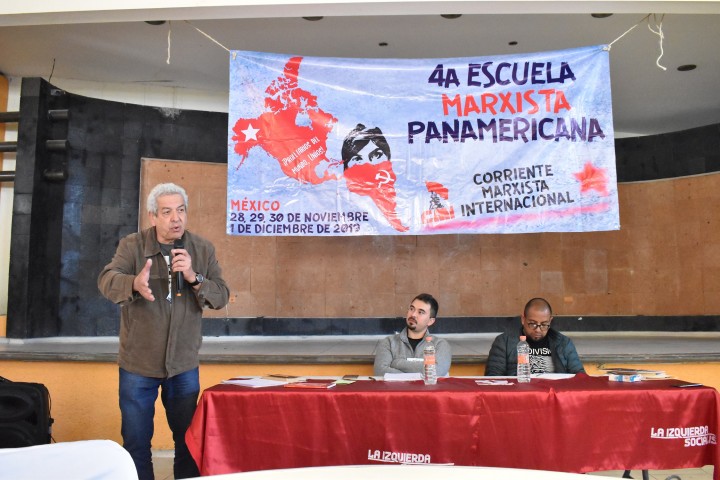 Serge Goulart, from the Brazilian section, Esquerda Marxista, led off in the discussion on the united front and the colonial policy of the Communist International / Image: La Izquierda Socialista

Sunday was opened with a discussion on the revolutionary traditions in the US. John Peterson from Socialist Revolution (the IMT in the States) explained the real meaning of the war of independence and the US civil war, as well as dealing with the development of the workers' movement and the situation today, where there is widespread interest in the ideas of socialism, particularly amongst the youth.

Serge Goulart, from the Brazilian section, Esquerda Marxista, led off in the discussion on the united front and the colonial policy of the Communist International. He explained how the united front is a tactic that goes back to Marx and Engels, the aim of which is to achieve the necessary unity of the working class in order to take power. 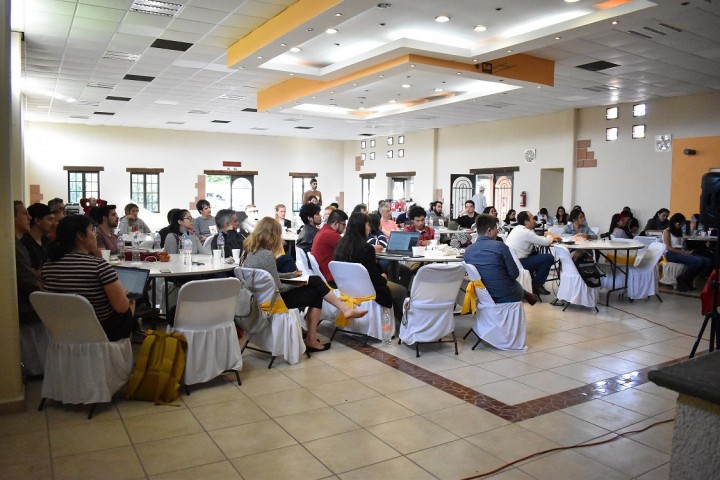 There was a mood of enthusiasm and determination over the three days / Image: La Izquierda Socialista

All the discussions in the school were very lively and of a high political level, with many comrades intervening, raising points, asking questions and contributing to the debate. The mood of enthusiasm and determination was shown in the collection, which raised over 140,000 Mexican pesos (over 7,700 US dollars) from comrades present and others who had contributed to the appeal online. 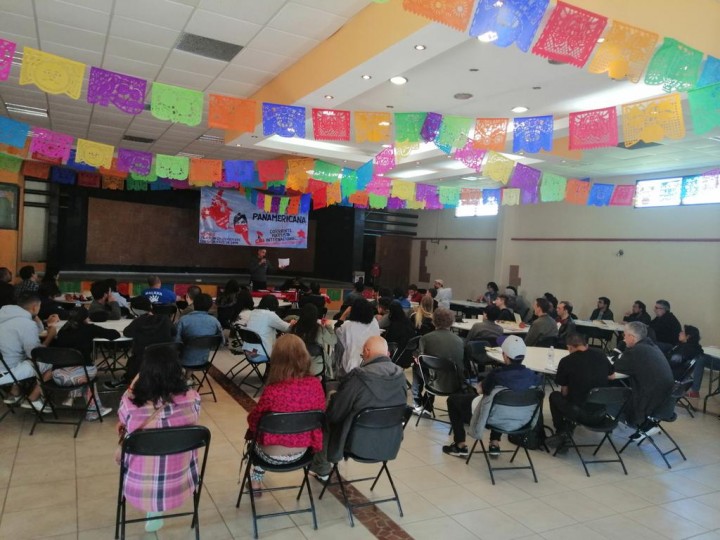 All the discussions in the school were very lively and of a high political level / Image: La Izquierda Socialista

The Panamerican School also sent messages of support to comrades in Canada, who are suffering police harassment because of their anti-racist and anti-far-right activities, to comrades in Brazil who are suffering police harassment and threats on their lives, as well as to the nines Venezuelan comuneros (communards) from the Barinas Socialist Axis, who have been in jail for over a year for their struggle for agrarian revolution. 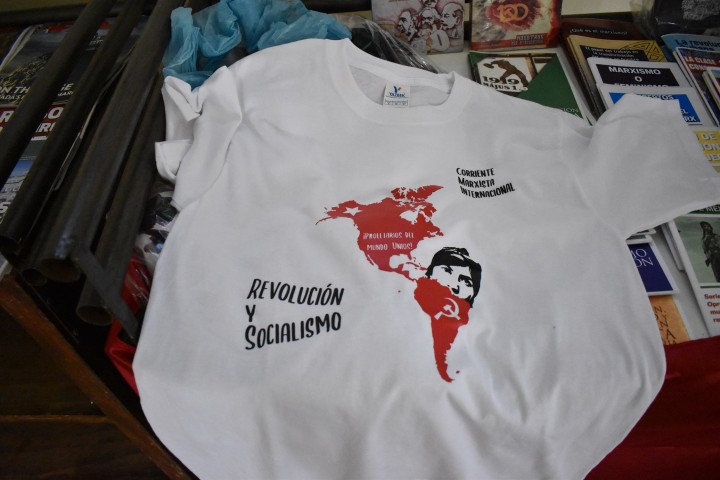 This successful event took place as the winds of revolution blew across the Americas / Image: La Izquierda Socialista

The school ended with a heartfelt rendition of the Internationale and Bandiera Rossa, and a mood of confidence that we will build the forces of the IMT across the continent, to rise to the challenges posed by the movements of workers, peasants and youth.

We would like to thank the comrades of the Mexican section who hosted the event and dealt with all the logistic and organisational details, the comrades of the FEDEP who helped us with some of the legal aspects, and all comrades who made an effort to participate in this extremely successful event.