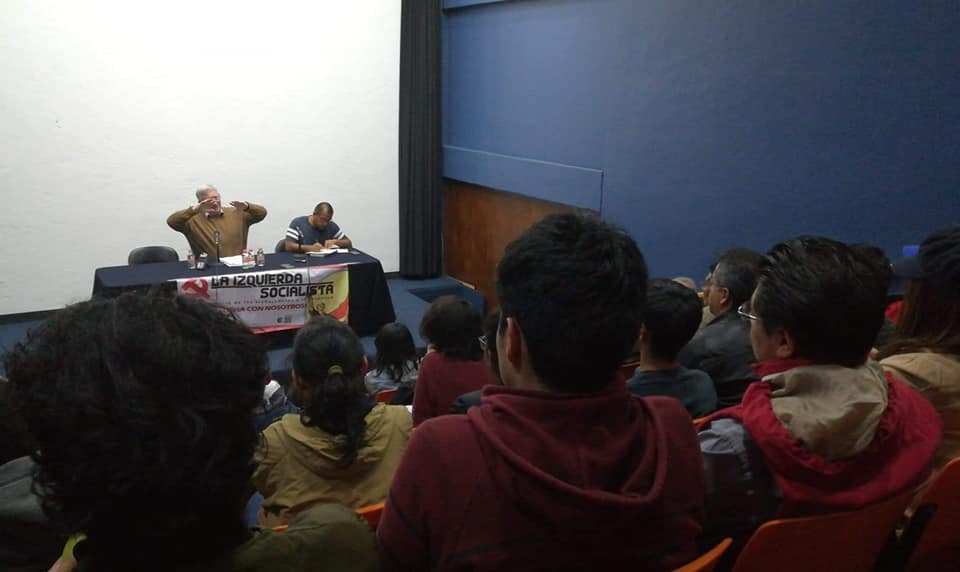 On 22 November, at the Leon Trotsky House Museum in Mexico City, Alan Woods began his talk on the English Revolution by saying that, while postmodernists claim there are no laws in history and that it is impossible to understand, there are recurrent processes and even familiar characters across the centuries. Similar material conditions provoke historical phenomena with certain similarities.

Charles I and his French wife were a lot like King Louis XVI of France and his Austrian wife, the famous Marie Antoinette; and there are also similarities with the Russian Tsar, who was overthrown in 1917, and his German wife. These individuals had very similar characteristics, which cannot be a coincidence.

Alan Woods noted that, although the English, French and Russian revolutions had different class characters, they went through very similar phases. One difference is that, at the time of the English Revolution, religion played a very important role, much more than it plays now. Everyone believed in God and the Devil. But the different religious tendencies actually played a role similar to that of today’s political parties. Alan explained that the revolution took place during the decline of feudalism. The Catholic Church represented the stronghold of reaction and, before conquering power, the bourgeoisie had to confront this mighty religious adversary to earn its place in history. 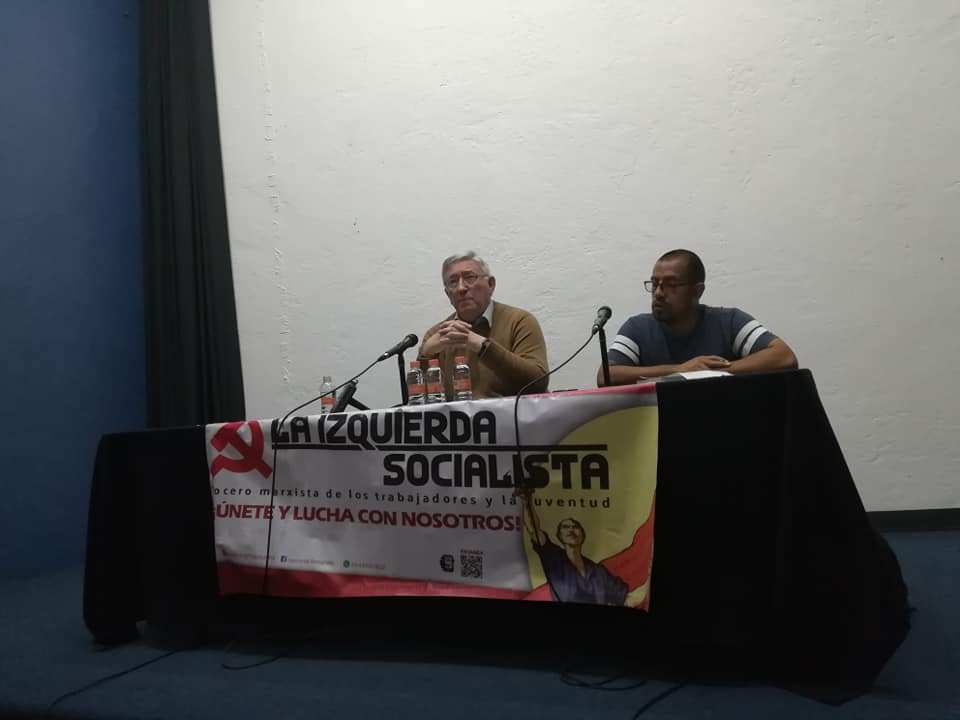 The topic was almost unknown in Mexico and as such was fascinating for the mostly young attendees / Image: la Izquierda Socialista

Woods explained, one by one, the different tendencies that emerged in the revolution, which represented the interest of different classes: from Catholicism and Anglicanism on the right, along with the Presbyterians (the bourgeois party that had a majority in parliament); passing through the Independents (the centre party, representing the petty bourgeoisie, including Cromwell) to an endless number of religious sects, representing the most radical wing of Puritanism, based on the popular classes. On the extreme left were the Levellers and the Diggers, the latter being proto-communists and our ancestors.

Dual power and the role of the masses

Alan explained the events and the development of the revolution, which started with a rebellion in Scotland. At the beginning of the civil war, we saw the first expression of what Marxists call dual power: on the one hand, the parliament representing the bourgeoisie; and on the other hand, the monarchy. The nation was divided into two antagonistic camps.

Alan explained the decisive role of the masses in the English revolution: a fact usually ignored or undervalued by bourgeois historians. The civil war did not occur until all other options were exhausted, since the bourgeoisie was afraid of the masses and tried by all means to reach an agreement with the king. 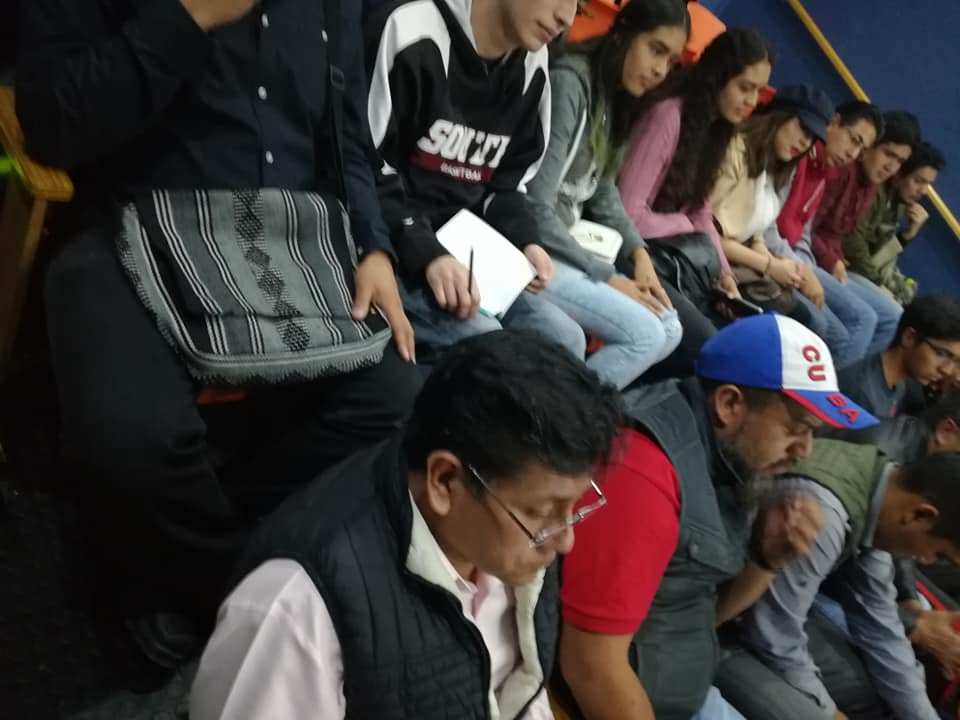 The students listened attentively to Alan and later participated with their own opinions and questions / Image: la Izquierda Socialista

In fact, the English Revolution only succeeded when the task of guiding the struggle was removed from the hands of the bourgeoisie in parliament and was assumed by the radical petty bourgeoisie led by Oliver Cromwell. Alan described Cromwell's New Model Army as a mixture of the Bolshevik Party, the Soviets and the Red Army. It was democratic and there were important debates within it, in which very radical ideas, including early communist ideas, were expressed.

After the defeat of the king in the battle of Naseby, a new dual power arose between the parliament and Cromwell's army. The bourgeoisie was frightened and tried to reach an agreement with the king as a means of defending private property. It tried desperately to dissolve the army, provoking an open confrontation.

In the ranks of the army, the influence of the left grew rapidly. The soldiers wanted to kill the king and also the parliament, which they saw as the main obstacle to the triumph of the revolution. The Levellers had the support of most of the rank-and-file. But these ideas were seen as a danger by Cromwell and most of his officers.

Cromwell was a revolutionary, but a bourgeois revolutionary. He had leaned on the left to crush the king. But he had no intention of handing over power to the masses. Finally, he crushed the Levellers, ending all hope of an authentic, democratic revolution.

Once the left was defeated, Cromwell relied on the army to defeat the right, purging parliament and putting the king on trial, and finally on the chopping block.

Oliver Cromwell managed to dominate the country, being dictator for the rest of his life. The English Revolution succeeded, and established the basis for the development of capitalism in Britain. But when Cromwell died, the cowardly bourgeoisie, frightened by the "excesses" of the revolution, invited the king's son, Charles II, to return to England. They saw the monarchy as a bulwark in defence of private property and a guarantee against a new revolution.

Today, although Britain has a reputation for democracy, as Alan pointed out it still has a monarchy and an unelected second chamber. A second edition of the English revolution will be necessary to erase from the map these barbaric relics of feudalism, paving the way for an authentic workers' democracy and the triumph of communism, which so many years ago was the glorious vision of our true ancestors, the Diggers in the English Revolution.

Alan's speech was strongly applauded, and was followed by a very animated series of questions and interventions. The discussion aroused great interest in a topic that until now has not been well known in Mexico. 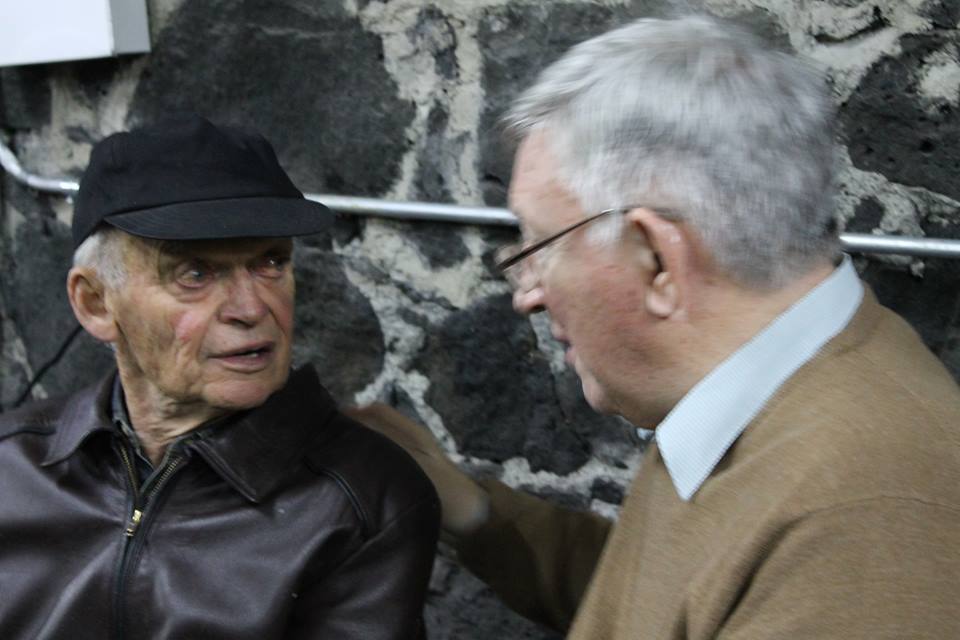 It is noteworthy that, among the attendees, there was a number of students and their teacher, Dr. Alejandro Calcinó, of the Autonomous Metropolitan University. As in the other events starring Alan Woods, Esteban Volkov – the grandson of Leon Trotsky – was present, along with Gabriela Pérez Noriega, the current director of the Leon Trotsky House Museum, who very generously invited the participants to enjoy some refreshments at the end of the conference in the museum garden.