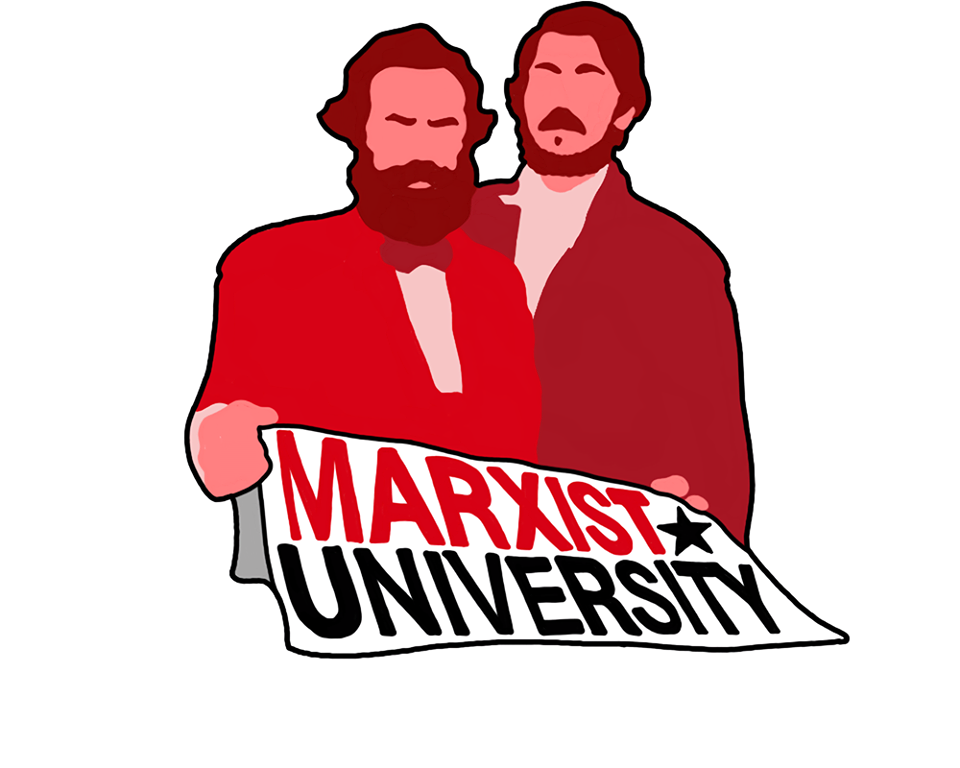 In Defence of Marxism is proud to announce the launch of Marxist University: the ultimate source of Marxist theory and analysis on a range of topics – from dialectical materialism to the national question, from women’s oppression to the role of the state. There is no better way to spend this period of enforced isolation than by educating yourself in the only ideas capable of changing the world!

In tumultuous times such as these, it is the duty of revolutionaries to study theory. These ideas serve as both our roadmap and our compass, allowing us to find our bearings amongst the chaos of politics and steer surely towards the socialist transformation of society. Every Marxist should aim to become a cadre: ready to offer clear-sighted analysis to the workers and youth, and win new class fighters to our cause. “Without revolutionary theory, there can be no revolutionary movement!”

There have always been those in the labour movement who doubt the importance of ideas in the workers’ struggle. Back in 1846, Marx entered into a furious debate with the German utopian communist Wilhelm Weitling, who argued that “ordinary workers” had no interest in obscure, theoretical questions, and that communists ought to focus on bread-and-butter demands around workers’ rights, conditions and pay. In reply, Marx furiously hammered the table and declared: “Ignorance never helped anybody!”

Indeed, the COVID-19 pandemic has exposed the bourgeois and reformist commentators’ total ignorance. They have been completely blindsided by this turn of events, and are attributing the resulting crisis entirely to the virus. But Marxists, equipped with theory, have long argued that any disturbance would sooner or later provoke a major social and economic collapse. The COVID-19 crisis was an accident waiting to happen.

Even before the current emergency, we witnessed a year of back-to-back insurrectionary movements in Europe, Latin America, Africa and the Middle East. This wave of revolt was the inevitable consequence of a decade of brutal austerity following the 2008 crash. The working class and youth across the world were forced to shoulder the consequences of an organic crisis of capitalism, in the form of cuts, attacks on public services and diminished living standards, creating deep resentment against the status quo, which finally began to erupt.

On top of this, imperialist wars and counterrevolution after the 2011 Arab Spring created a humanitarian crisis in the Middle East, resulting in a flood of displaced people seeking refuge in Europe, only to find barbed wire fences. And an impending climate catastrophe – caused by rapacious exploitation of the planet, and evident in floods, wildfires, and storms – brought an entire generation of young people onto the streets to protest against the system.

And now, this pandemic has taken a wrecking ball to an already fragile world situation. The bankruptcy and ineptitude of capitalism’s political leaders has been exposed and the economy has nosedived. Austerity-ravaged health services are struggling, and millions – even billions – of people who were never ‘political’ are beginning to question the established order. The pandemic was not the cause, but only the catalyst for an inevitable crisis that was prepared in the last period.

Lacking theory, the bourgeois and reformists only see things at a surface level. They react to every dramatic shift empirically, without understanding its connection to the underlying processes. Marxism allows us to penetrate deeper, analyse the prevailing currents in world politics, and intervene effectively to win the politically advanced workers and youth to our banner. When everything seems to be falling apart, the masses are hungry for an explanation, which only scientific socialism can provide.

At Marxist University, you will find a treasure trove of Marxist theory and analysis. We have curated the best material by our own writers, coupled with classic texts by Marx, Engels, Lenin, Trotsky, Ted Grant, and other important authors in the Marxist tradition. These are organised by topic. If you want to learn more about, say, historical materialism, then the articles collected in that section are the ideal place to start.

Marxist theory represents the distilled, collective experience of the toiling classes throughout history. It is our connection to a lineage of class fighters. It records their victories, defeats and the lessons they have learned. These ideas are also our best weapon in the fight against the rotten capitalist system. They are not academic curiosities but living ideas, which we need to put into practice in the struggle for a socialist future for humanity.

In the immortal words of Marx: "The philosophers have only interpreted the world... The point, however, is to change it."