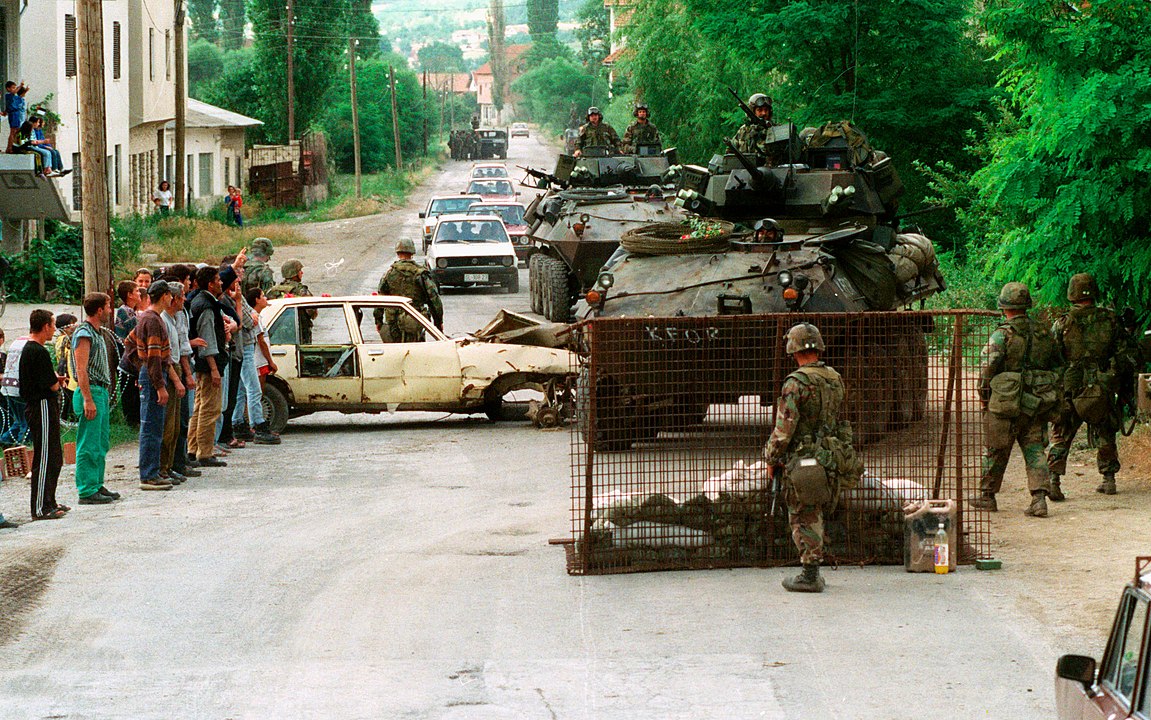 At the dawn of the 21st century, the two fundamental barriers to human progress are on the one hand the private ownership of the means of production and on the other hand the nation state. With the development of imperialism and monopoly capitalism, the capitalist system has outgrown the narrow limits of private property and the nation state which plays approximately the same role today as did the petty local princedoms and states in the period prior to the rise of capitalism.

No country - not even the biggest country - can withstand the crushing domination of the world market. In a broad historical sense, this is a most progressive development because it means that the material conditions for world socialism are now established.

But here we see a striking contradiction. Precisely at this moment in time, when the world market has become the dominant force on the planet, national antagonisms have everywhere acquired a ferocious character and the national question far from being abolished everywhere assumed a particularly intense and poisonous character. In Spain, Ireland, Belgium, Palestine, Kurdistan, the national problem is unresolved. The national question in the Balkans dragged Europe to the brink of war. What is the answer to this problem? The present article will briefly restate the position of Marxism.

Marxism and the national question

While waging a pitiless war on all forms of national oppression, the first principle of Leninism was always the need to fight against the bourgeoisie -  the bourgeoisie of both the oppressor and of the oppressed nations. This is no accident. The whole idea of Lenin was that the working class must put itself at the head of the nation in order to lead the masses to the revolutionary transformation of society. Lenin explained:

"Bourgeois nationalism and proletarian internationalism - such are the two irreconcilably hostile slogans that correspond to the two great class camps throughout the capitalist world and express two policies (more than that - two world outlooks) in the national question."

In another work he writes:

"The interests of the working class and of its struggle against capitalism demand complete solidarity and the closest unity of the workers of all nations; they demand resistance to the nationalist policy of the bourgeoisie of every nationality."

In a brilliant, dialectical way, Lenin's position of the right of nations to self-determination was not meant to divide Russian from the oppressed peoples of the tsarist empire, but on the contrary to bring them together in the revolutionary struggle against landlordism and capitalism. As far as the proletariat is concerned, there was absolutely no question of dividing workers' organisations on national lines.

For Lenin, the right to self-determination did not mean that workers were "duty bound to vote for separation," but exclusively to oppose all forms of national oppression and to oppose the forcible retention of any nation within the boundaries of another state - that is, to let the people decide freely on the matter. That is an elementary democratic right, which the Bolsheviks defended. But even then, the right was never considered as something absolute, but was always subordinate to the interests of the class struggle and the world revolution.

Lenin's policy was not separation, but voluntary union. The Bolshevik programme on the national question was intended as a means of uniting the workers and peasants of all the nationalities of tsarist Russia for the revolutionary overthrow of tsarism. Once the Russian workers took power, they offered the right of self-determination to the oppressed nationalities, and in the great majority of cases the people decided to stay together and to participate voluntarily in the Soviet Federation. Unfortunately, this has been forgotten by many who consider themselves Marxists today. This was shown in the recent Kosovo crisis.

The break-up of Yugoslavia was carried out under the slogan of "self-determination" for Slovenes, Croats, Bosniaks, and now Kosovars. What attitude should we take towards this?

It is only necessary to pose the question concretely to get the right answer. Eight years after the commencement of hostilities, what is the real balance sheet of the dismemberment of Yugoslavia? Has it led to a strengthening of the working class and the revolutionary movement? Has it brought the peoples closer together? Has it resolved any of the problems? Has it developed the means of production? No. The break-up of Yugoslavia is an absolute catastrophe and a disaster from the standpoint of the working class. And this crime against the working class can never be justified by references to the right of any nation to self-determination..

It is true that the Kosovars were nationally oppressed by the Serbs, and of course our sympathy is always on the side of the oppressed. But this by no means exhausts the question. The Kosovars have the right to self-determination, just as the Serbs have, or the Bosnians, or the Kurds, the Macedonians, the Palestinians. But how is this self-determination going to be exercised in practice? The Serbs will not voluntarily renounce control of Kosovo, they regard it as an inalienable part of Serb territory.

The KLA looked to American imperialism to help them. America clearly aims to establish a US protectorate in Kosovo as part of a wider plan to dominate the whole area. The so-called "self-determination" of the Kosovars was merely a fig-leaf to cover up the bullying of a small Balkan country by US imperialism. What did NATO's military adventure solve for the Kosovars? Nothing. It made their situation a thousand times worse. The apparent "solution" to the Kosovo problem has solved nothing. The situation in the Balkans is even more unstable than before.

The only way out consists in the revolutionary overthrow of the monstrous regime of Milosevic. This can only be achieved by the fighting unity of the workers and peasants of Yugoslavia. The national question in the Balkans can only be solved by the proletariat, standing firmly on the programme of class independence, socialist revolution and internationalism. The only way out of this bloody impasse is a Socialist Federation of the Balkans, with the fullest autonomy for all the peoples and the right of self-determination. Only when the working people have power in their hands can the national and democratic rights of Serbs, Kosovars and all the other nationalities be guaranteed. Any other solution will be a nightmare for all the peoples.

From an historical point of view, the overthrowing of local particularism and the gathering together of the productive forces into one national state was a colossally progressive historical task of the bourgeoisie. But now the entire situation has changed. The nation state has become a reactionary fetter on the development of the productive forces. The future of civilisation depends on the radical abolition of all frontiers, not the erection of new ones.

It is a measure of the historical backwardness of the Spanish bourgeoisie that it never succeeded in really uniting Spain or solving the national question. The attempt under Franco to overcome the national question by forcibly denying the national rights, identity and aspirations of the Galicians, Basques and Catalans merely exacerbated the problem and inevitably led to an explosion of centifugal tendencies after the death of the dictator.

The marvellous movement of the working class in Ferrol, Pamplona, Barcelona, Madrid and Seville in the 1970s posed the question of the socialist transformation of society. This would have been possible, had it not been for the class-collaborationist policies of the leaders of the main workers' parties, the PCE and the PSOE. The absence of a genuine revolutionary leadership led to the abortion of the "transition" - the victory of counterrevolution in a democratic guise, and a botched constitution that, while granting certain concessions under pressure of the working class, preserved intact the rule of the bankers and capitalists, the old state apparatus, the monarchy, the privileges of the Church, and all the rest.

On such a basis no lasting solution of the national question is possible. The only way forward for working people is the struggle for the expropriation of the big banks and monopolies, the overthrow of the Spanish oligarchy and the socialist transformation of society. In the case of the Spanish State, it would mean the creation of a voluntary union of all the peoples of the Iberian Peninsular, including Portugal, in the Socialist Federation of Free Iberian Peoples, as a step towards the Socialist United States of Europe and a Socialist World Federation. The national oppression of the Iberian peoples will be solved by socialism, or it will not be solved at all.