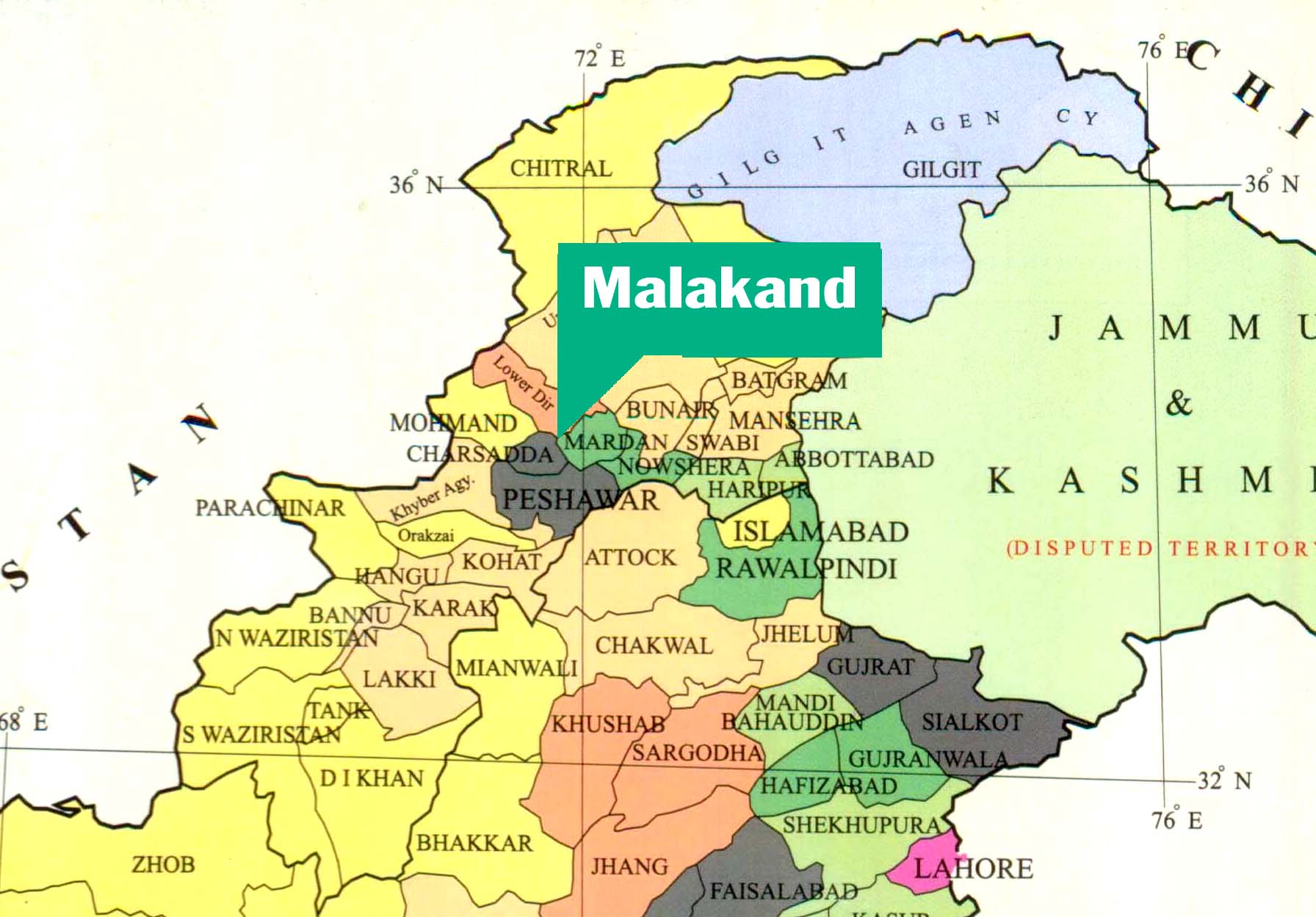 The notion that Islamic fundamentalism, religious terror and neofascist black reaction can be crushed or eliminated without challenging the status quo is not only false, but also deceptive. It actually amounts in practice to supporting the rotten bourgeoisie in the name of “democracy”, “secularism”, “human rights”, “women’s emancipation” and “freedom”.

In the last analysis, it is tantamount to supporting the reactionary bourgeois states whose role is first and foremost to crush the workers and divert the class struggle. It is often claimed that the serene and beguiling Malakand and Swat valleys were freed from the despotic rule of the so-called “Taliban” under Sufi Mohammad and Mullah (Radio) Fazalullah’s TNSM (Tehreek-a-Nifaz-a-Sharia-a-Mohammadi) almost five years ago by the military operations of the Pakistan army. Nothing could be further from the truth.

Apart from the eyewitnesses accounts of covert collaboration between the army and the Taliban, even Western analysts have corroborated such episodes. In a recent book, Pakistan: A Hard Country, Anatol Lieven, a British journalist, writes, “The role of TSNM in these conflicts involved close links to the ISI (Inter Services Intelligence)… there is a great deal of anecdotal evidence to suggest that they intervened on occasions in 2007–2009 to save particular TNSM leaders from being arrested by the army or police… the local population not unsurprisingly became convinced that neither the politicians nor the army was serious about fighting the Taliban, and would not protect local people who opposed them”. The IMT comrades involved in the “Revolutionary Defence and Relief Campaign” during the military operations with their cruel “collateral damage”, had to suffer through this ordeal. Their relief camps were dismantled and ransacked by the army who objected to the Marxist study circles in these camps. 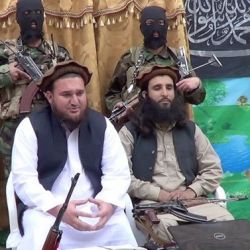 The stark reality is that the region is still under duress from the reactionary socio-cultural onslaught, but this time it is of the Jamaat-e-Islami variety. The filthily rich obscurantist clergy of the Jamaat proclaimed it as a cardinal sin to challenge capitalist/feudal subjugation. The appalling social suffocation and torment was laid bare after an unfortunate incident, in which a brilliant and handsome young comrade, Sajid Alam, a leading IMT member in the region, died tragically in a road accident on 7th October. Sajid was just 23 years old and a recent graduate in electronic engineering from Sarhad University in Peshawar. Sajid was an inhabitant of a region, which not only lacked a neurological unit, but even a decent hospital, while the same area is littered with mosques and seminaries. The mullahs in these madrassas (seminaries) preach violence and instil religious and ethnic hatred.

Sajid suffered brain injuries and had to be taken to a private hospital in Peshawar for treatment. Sajid’s impoverished family had no choice but to seek support from relatives and the comrades, who contributed generously to pay the exorbitant costs of a private hospital. He eventually succumbed to the fatal injuries and breathed his last on October 13th. Sajid’s death exposes the deterioration of social and physical conditions of the ordinary people of Khyber-Pushtoonkhawa (KPK) province. The so-called “sea-change” of development in KPK proclaimed so boastfully by Imran Khan under his coalition regime of the PTI and the Jamaat-e-Islami is an insult upon injury for the Pashtoon masses.

As if Sajid’s death were not harrowing and agonising enough for his family and comrades, the fundamentalists led by the local Jamaat bosses and backed by the local feudal aristocracy and drug barons, injected venomous poison and unleashed a campaign against his ideology, declaring him an infidel and an apostate. There were even threats to sabotage and disrupt his funeral, which in the end did not materialize. Sajid belonged to a village in the same vicinity where the TNSM had its headquarters when the Taliban directly ruled this region with horrid bestiality from 2007 to 2009. Corpses of their opponents were hung on the electricity poles and trees in the area during this regime of fundamentalist terror.

It was from here that Mullah Fazalullah operated his notorious radio station, which issued fatwas against individuals and groups that had progressive and revolutionary ideas. One of their main targets was a leading comrade of the IMT, Ghufran Ahad, also a former elected mayor of the Malakand region. These revolutionaries not only openly defied “Mullah Radio” but also succeeded in building a movement in Malakand to fight fundamentalism, defying the military and imperialist stooges. They set up relief and rehabilitation camps for the IDPs [Internally displaced persons] from Swat and other areas during the military operation, stood their ground and confronted the dangers to their lives while other leaders of the so-called secular and democratic parties had fled the region.

Sajid was a committed revolutionary socialist and had studied Marxism from a very early age. While he was studying in Peshawar, he organised and educated the youth and workers on the basic causes of the prevailing economic crisis, Marxist philosophy and revolutionary politics. Apart from revolutionary work in Peshawar, Sajid also continued to play this role in Malakand during his vacations. After completing his studies, he was in the forefront of protests, rallies, and campaigns for the rights of workers, peasants, women, students and unemployed in Malakand. The religious bigots and the local Jamaat leadership went to great lengths to oppose Sajid’s activities in schools and colleges, including libelling him and his IMT comrades as “infidels” and spouting the venom of sectarian and religious hatred against them. On October 20th, the main leader of Jamaat -e-Islami in Malakand, Mullah Mohammad Ismail, declared in a written fatwa that, “anyone who talked about socialism would be kaafir (infidel)”.

In his death, Sajid’s family and comrades paid the most befitting honour by organising a commemoration meeting in his village. People came from different parts of the country to pay tribute. Speaking at the occasion, his primary school teacher, Muhammad Sabir, said, “Sajid was a serious young boy who had a deep interest in literature and poetry and hated exploitation and suffering in society. He had a deep aversion against this system and society even at a very tender age”.

This commemoration meeting infuriated the mullahs and they mobilised about 400 armed vigilantes, brandishing weapons in threatening postures, and from the pulpits of the mosques, the mullahs blared virulent sermons. In reality, it was the desperation of the Jamaat, exuding from their dwindling support base due to poor governance, rampant corruption, burgeoning poverty and crime in the KPK government, where they hold main portfolios. In their frustration, they are trying to fabricate and whip up reactionary ploys, creating religious and sectarian conflicts to distract the masses.

Jamaat-e-Islami was the darling of US imperialism and its Islamic fundamentalist vanguard in the mid twentieth century. From Indonesia to Egypt to Syria, organisations like the Nahdala Ulema and Ikhwan ul Muslimeen were offshoots of the Jamaat, adhering to the reactionary pro-capitalist teaching of Jamaat-e-Islami’s Amir in Pakistan, Abul Ala Maudoodi. This whole resurgence of neofascist Islamic fundamentalism was orchestrated by the US Secretary of State under President Eisenhower, the notorious John Foster Dulles, through overt and covert CIA operations. It was also the first Islamist organisation engaged by the CIA at the beginning of the Afghan “dollar jihad”’ in the late 1970s.

However, the Jamaat is now a shadow of its former past, and has been eclipsed by more lethal and barbarous fundamentalist terrorist groups as a result of the influx of Saudi, Western and black market capital in this counter-revolutionary insurgency. The Jamaat’s deceptive ambivalence towards fundamentalist terrorism reflects the party’s torn soul, as it has commercialised and its idealism has been diluted with the perks of power and capital over the years. Its leadership is worried about being outflanked by other more bestial terrorists and losing their own youth to them. The Jamaat leadership has never condemned Islamic terrorism and has maintained covert links with several of these groups. The Jamaat was responsible for “Talibanisation” in Swat and Malakand.

Lieven again reveals, “The expansion of TNSM power was made possible by the presence of the MMA (Muthahida Majlis a Amal) Islamist government in Peshawar, which strongly discouraged tough action against them, and in particular the MMA-appointed Commissioner of Malakand division, who is widely accused of having been a Taliban sympathiser. He was arrested in May 2009 for abetting the rebellion, though some officials have told me that he was made a scapegoat and that he was simply implementing government policy. He was released again in October 2009.” Here yet again, Jamaat-e-Islami was the main party in NWFP (now KPK) government under the Musharraf regime. The terrorists of the TNSM are now sheltering and operating under the political facade of the Jamaat.

Islamic fundamentalists had vowed to attack the IMT comrades and their families after the Friday congregation on October 24th. Some even threatened to burn their homes. They had distributed a slanderous pamphlet against the Marxists to instigate violence. However, on the fateful day they couldn't muster enough courage and public support to carry out their sordid threats. The comrades had mobilised enough mass support and a national campaign on television, etc., transformed the equilibrium almost overnight. The chief mullah delivering the sermon at the congregation, yelled in his impotent rage, “Socialism was a satanic ideology that creates and instigates hatreds between the rich and the poor, hence inciting violence. Islam is an amicable means of collaboration and brotherhood between the rich and the poor… Those who indulge in its propagation should and will be dealt with by the state… it’s not our job”. To justify their cowardly retreat, they appointed a ferociously vicious feudal aristocrat of the area as the chairman of the “Islamic Ideological Committee” to look into the “affair”. These landed aristocrats were British proxies and amassed enormous wealth by grabbing land, sheep and cattle from the poor peasants during the imperialist Raj. The only difference now is that the Pakistani and KPK regimes have become the new patrons of these landlords and Mafiosi capitalists, along with the bourgeois state and black capital-sponsored Islamic fundamentalists.

The threats to the lives of Marxists and their families are serious in the prevailing scenario. The comrades braved the onslaught, and although there was no physical attack, there was much psychological trauma and an excruciatingly tense situation prevailed for almost a week. It was a close call and will not be the last attack against the comrades. The leaders of the so -called “anti-fundamentalist and secular” PPP and ANP betrayed the comrades in struggle against this menace at this crucial juncture. For example, they had promised to come to the press conference held by the comrades on Thursday October 23rd, but the leaders of these parties, probably by orders from the top bosses, did not show up, while their cell phones remained switched off.

The comrades have had many lessons to learn from this treacherous episode. The only forces they can trust and rely on are the workers, poor peasants and the enlightened youth of the region, Pakistan and the world. The maligning campaign by the Islamic fanatics continues unabated. But in spite of the dangers, the Marxist revolutionaries of the IMT have vowed to fight to the finish, with the support of the toilers and the youth from the region and far beyond. This episode once again makes it abundantly clear that without the overthrow of capitalism and landlordism, the menace of Islamic fundamentalism will keep on devouring human society. This cancerous growth cannot be lanced out of society without a far-reaching revolutionary surgery. Only through a socialist revolution can such evils be eradicated forever and the construction of a healthy society free from exploitation and brutalities can begin.