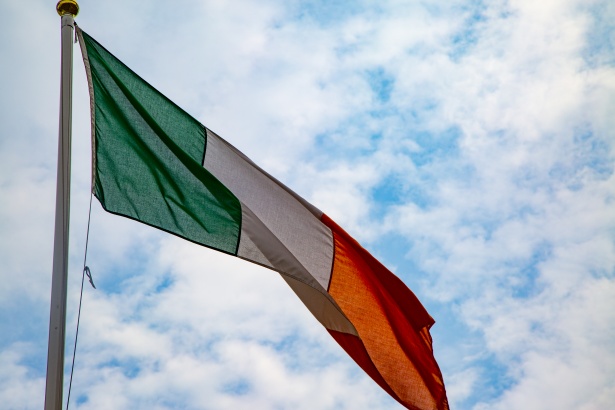 "A week is a long time in politics”, or so the saying goes. 10 years in the political wilderness must have seemed a lifetime to the Green Party, those lackeys of Irish capitalism who so faithfully served Fianna Fáil as coalition “partners” in the Dáil of 2007-2011. There still exists intense, bitter feeling across much of Ireland toward that government for its criminal decadence and corruption, despite the suffering of ordinary Irish workers in the wake of the financial crash.

The Green Party was complicit in this government of the rich, and while the working class were told to “tighten their belts”, the party raged on for government ministers – with €28,844 spent on limousine hire in 2010; €37,600 on taxis and even €2,000 on pens! Of course, this is only the icing on the cake, with countless scandals engulfing the government. Of particular note are the findings of the Mahon report in 2012, which detailed a sleazy underworld of backroom deals, brown envelopes and unbridled corruption.

The Green Party was content with this state of affairs: the austerity, the cuts to social welfare, to public sector pay, and water charges. The Greens were happy to turn the screws on workers. Compliance only became an issue when then Taoiseach (Prime Minister) Brian Cowen reshuffled his cabinet without informing the Greens. The brutal austerity they could handle; the corruption they could handle; but the crime of not inviting them to the big table, after so loyally doing the bidding of their masters – this was intolerable. Yet they were to pay a price for this. For their slavish grovelling before Fianna Fáil, the Greens were rightfully rewarded in 2011 with electoral annihilation by voters.

There is therefore some confusion, particularly on the left, for the “Greenami”, which led to the Greens tripling their percentage of the vote to 5.6 percent in the recent local elections in Ireland and quadrupling their seats to 49. At the same time, the left has felt the squeeze with Solidarity and People Before Profit losing seats across the country. Solidarity and People Before Profit picked up 1.9 percent of votes compared to 4 percent in the last General Election. Likewise, Sinn Féin, which had served as a pole of attraction for the left-wing vote in recent years, lost 5.8 percent of the vote compared to the last local election, finishing on 9.5 percent. But how to explain this bad performance for the left and the sudden revival of the Greens in Ireland?

The local and European election results are of course not an Irish phenomenon, and they were mirrored across Europe, for instance in Germany, where the Greens are set to gain 20 percent of the vote in the European elections. What is clear is that there is increasing anger and anxiety over climate change, with millions of youth worldwide participating in the Youth Climate Strikes of the past months, a movement which has also spread to Ireland.

The climate strikes have galvanised a new layer of young people who are developing radical, even revolutionary conclusions about the capitalist system, and who completely reject the old establishment. It was in large part these young people who – in the absence of an alternative – turned out to vote for the Green Party. It should be remembered that the last time the Greens were in power, today’s first-time, 18-year-old voters would have been nine-years-old.

Additionally, this election had a fairly low turnout. For instance, Tallaght South, a strongly working-class area, had a turnout of 27 percent, a factor that no doubt caused problems for left-wing parties. The collapse of the left is such that Solidarity candidate Rita Harrold gained 4,967 first preference votes, down from 29,953 for Paul Murphy in 2014, and 50,510 for Joe Higgins in 2009 (who won the seat).

Sinn Féin, who profited from their stance against austerity in recent years, also felt the squeeze, losing around a third of their councillors. In Dublin City Council – an authority where Sinn Féin gained the most seats just 5 years ago – their vote is down 12 percent. In Cork it is down 9 percent. In Galway City Council it looks like they will be left with no representation. It should be noted however that at the last local elections in 2014, Sinn Féin was riding a wave of anger after the anti-water-charge protest. More recently it has been angling for “respectability”, seeking middle-class voters and a place in a national coalition. Locally it is already in coalition with establishment parties. It is no wonder it has been punished. There are already whispers of Mary Lou McDonald (the representation of the party’s attempt to coax middle class votes) resigning.

This blow to the left parties was compounded by an apparently strong showing for the far-right candidates. Gemma O’Doherty, a right-wing conspiracy theorist (who has consistently used the anti-Semitic dog whistle of “Cultural Marxism”), took 6,659 votes in Dublin. The similarly-minded Ben Gilroy (who played a major role in one of the anti-immigrant yellow vest groups that appeared in Ireland) took 7,594 votes. However, this was out of 370,000 votes cast. Despite the fact that FF, FG and Labour have declined precipitously, far-right demagogues are still only capable of scraping together 1-2 percent of the vote apiece.

This month is no doubt a mixed bag, with a somewhat different trend in Northern Ireland where People Before Profit gained five elected councillors (up from one) alongside one councillor for Cross Community Labour Alternative. This no doubt represented a breakthrough in a region in which politics is traditionally divided on Green and Orange, rather than class lines.

This election is no doubt a shock to the Irish left, but working-class activists bruised by the result must remember that electoral politics is not the be all and end all. With no party giving a clear expression to the anger building in the depths of society, working people will be forced to struggle to defend their living conditions. Water charges are set to be re-implemented only a few years after the government retreated in the face of the powerful working class; the housing movement will only become stronger, and yes – the environment will become a more pronounced issue, which the Greens are completely unable to answer. In all of these struggles that emerge, the need for a socialist alternative will be pushed to the fore.

The role of Marxists

Marxists have a responsibility in this context to intervene in these struggles, engage with workers confused by the “progressive” veneer of the Greens and raise the reality that the environment can only be saved by fundamental break with capitalism and the implementation of a socialist planned economy which radically migrates to a sustainable, environmentally friendly form of energy production. Just 100 companies have produced 71 percent of global carbon emissions since 1988. Myopic capitalism has been aware of the dangers posed to the environment for decades. Proposals by the ruling class for things such as regressive “carbon taxes” are just a “green” way of packaging up the same old austerity, whilst letting the real polluters off the hook. The reality is clear as day that we need system change to stop climate change. 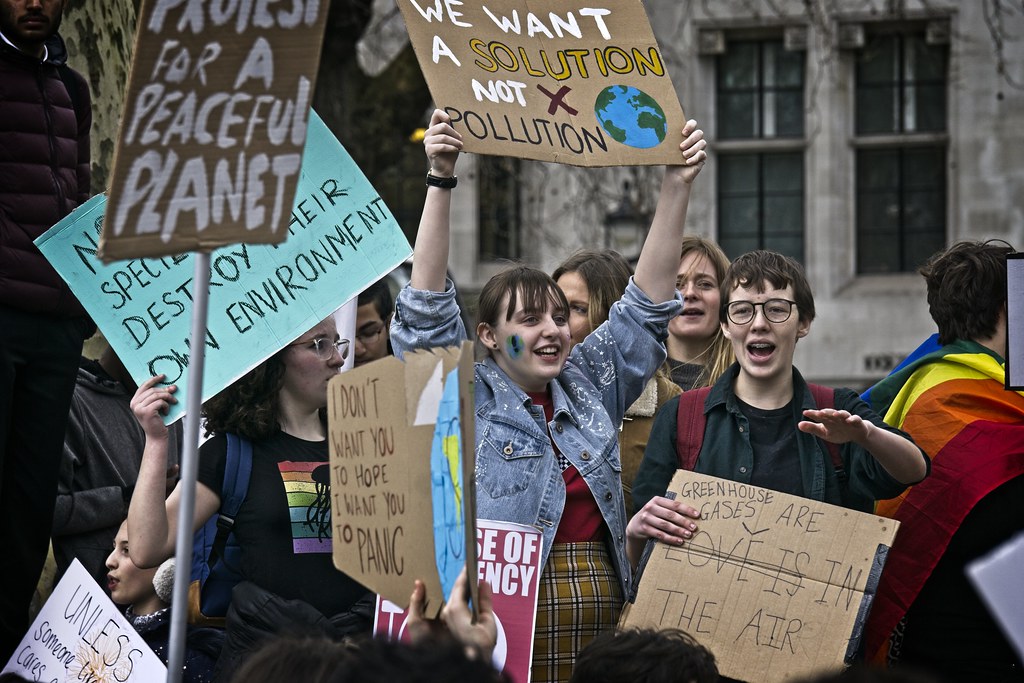 There is an urgent need to build a genuine Marxist organisation in Ireland, which can raise socialist demands and intervene in the struggles ahead, such as the recent spate of climate protests / Image: Flickr, garryknight

But perhaps the most important result from these elections is that Fianna Fáil and Fine Gael only achieved a combined vote of 46.2 percent. Not long ago these two parties could command 70 percent of the vote, with Labour propping up a coalition with one or the other. The ruling class were asking themselves in this election whether, with a booming economy, their “two-and-a-half party system” might be about to make a recovery? These hopes have been dashed. Fintan O’Toole summarised the pessimism of the ruling class in an article for the Irish Times thus, “The old order is not being restored. The challengers to its hegemony are no nearer to forming a coherent alternative capable of taking power.”

The “old order” – as Fintan O’Toole calls it – cannot restore itself because the crisis is preventing capitalism from establishing a lasting equilibrium. But overthrowing the “old order” is intrinsically linked to the need for the building of a genuine Marxist organisation in Ireland, which can raise socialist demands and intervene in the struggles ahead, whether it be climate struggles or a water charges battle. The task ahead for Marxists in Ireland is to build such an organisation with the correct ideas and methods.