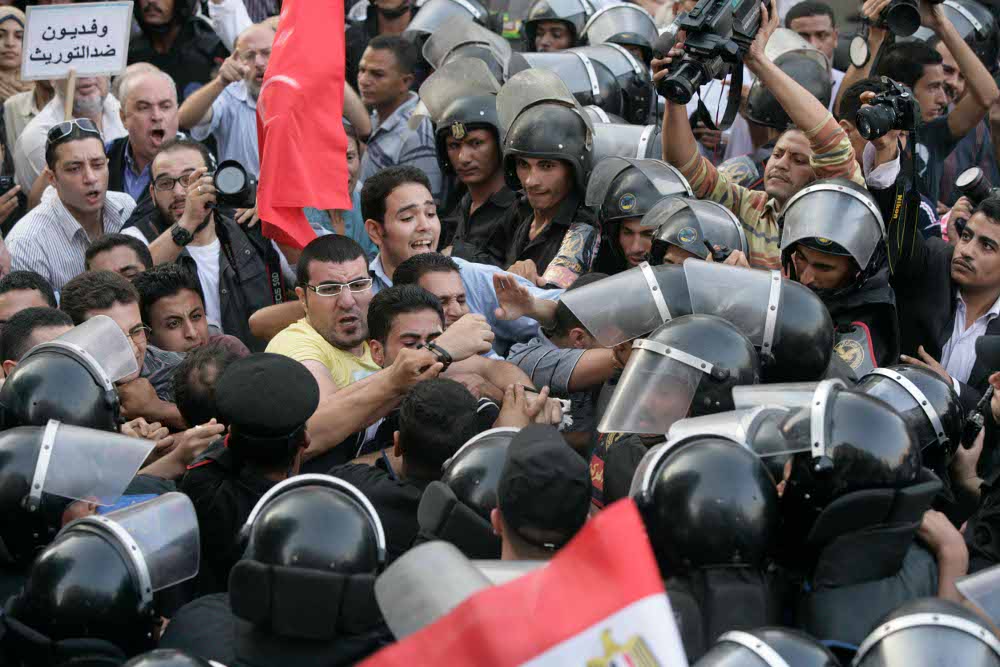 We received this letter from Walaa Quisay, an Egyptian activist, which highlights the dilemma facing all the Arab leaders, who, after the courageous movement of the Tunisian masses overthrew the hated Ben Ali, now fear revolution in their own countries.

The Tunisian Revolution has stunned every section of Arab society for different reasons. The Arab people, especially the youth, had for some time been convinced of the invincibility of those in power, even if not consciously. Unlike the dictatorships of the 1960’s and 1970’s, current Arab dictators have (for the most part) forsaken the pretences of populism. Leaders such as Ali Abdullah Salehand Hosni Mubarak rarely address the people or give out any interviews. This has had a lot of psychological effects on society:

The last popular Arab Revolution to oust a dictator was in 1964. The idea of revolution is quite foreign to the mainstream Arab youth. The atrocious human conditions, under which people become radicalized, have been present in the Arab world for many decades but this revolution has happened after twenty three years of dictatorship. It is astonishing for both the people and the dictators to see the capacity of the masses. Ben Ali, like all the others, believed he was invincible because he got away with dictatorship for so long. Now the absence of a reactionary pro-Ben Ali group is very damaging for the credibility of the rest of the dictators. All of his former allies (including Sarkozy) have publicly sold him out. This is frightening the dictatorships of the Arab World.

Desperate protesters throughout the Arab world have set themselves on fire in the hope of getting their message heard. State sponsored “Imams” have appeared on television condemning these desperate acts, deeming them as “haraam” [forbidden by the faith]. Interestingly enough, it is not just the dismayed youth who are taking part in such acts. It is 50 year old men who have been silent throughout the years of dictatorship and have chosen to manifest their despair and anger in the most extreme way possible. These methods will not necessarily have the same effects as in Tunisia. The Arabs need to find their governments’ weaknesses and use these to drag them to the ground. One can never anticipate a full revolution but it is very apparent that the Arab youth is organizing at an unprecedented speed. Jordan, a country where support for the monarchy has been quite widespread, has broken out in massive anti-government protests. Algeria, Mauritania, Egypt, Libya, and Syria have had serious protests, all demanding their governments to resign “or else”! Even in Saudi Arabia people have protested.

The dictators now are in a dilemma. They don’t want to underestimate the people’s anger but at the same time to recognise it or engage the people they feel will empower them. The president of Yemen (the man who invited the Saudi king to bomb his own country) is now negotiating with the people on a fundamental clause in the constitution that would allow him to run in the next “elections”. He had passed that law last month but he now “willingly” wants to debate its legitimacy. That in a way translates as the president recognising his illegitimate presidency and thus empowers the revolutionary sentiments. Bashar Al Asad in Syria is now using socialist rhetoric that his party long ago abandoned. Empty promises and weak bribes have not softened the Syrian street’s resilience.

As for Egypt, Mubarak has a very long year ahead of him. Even though it is known that the presidential elections are fixed, violent anti-Mubarak riots are always breaking out. Huge protests are planned for 25th January and, unlike the 6th April protests, their aim is revolution. Mubarak, who is not at all known for engaging the masses, will have to appear in public more often for his “campaign”. The more lies he tells, the angrier the people will get. If he recognises the opposition, this will mean that he is admitting fraud in the parliamentary elections where the NDP ruling party won 98% of the votes.