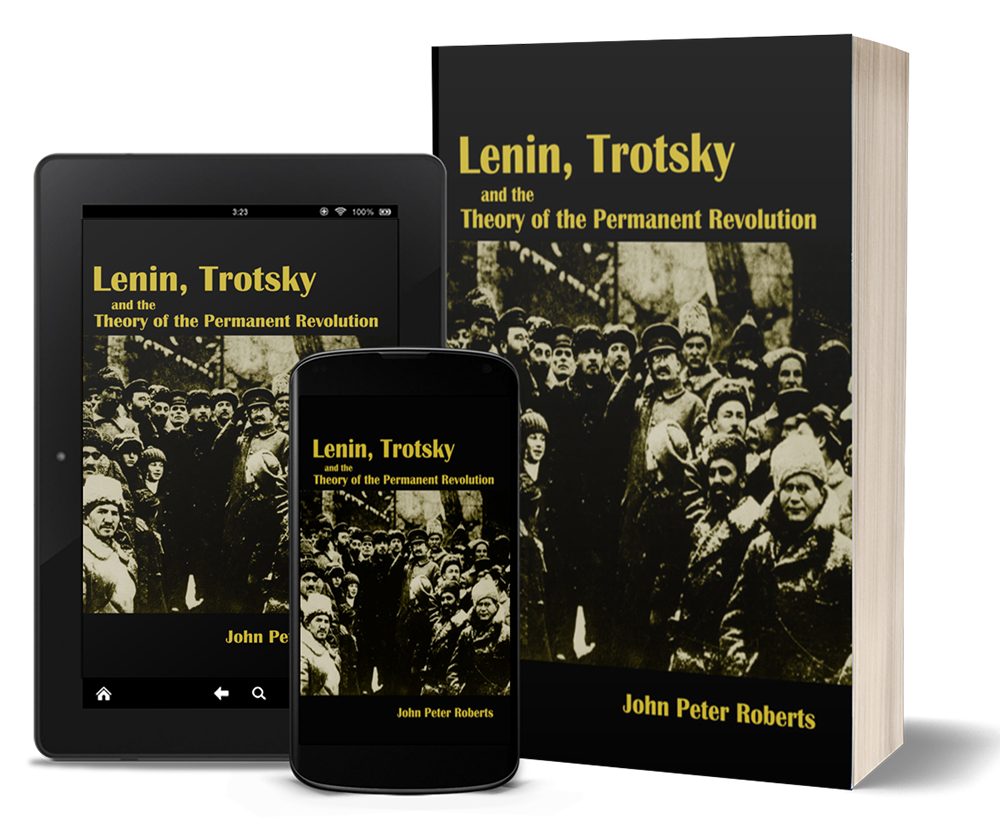 Today, yet again, from Latin America to Nepal, in India and the Middle East, the question of which strategy the masses should adopt to take control of their own lives is being posed.

Without exception the leaders of the mass workers’ parties urge class-collaboration as the way forward. Actively supported by the national Communist Parties and even Maoist guerrilla groups a petty-bourgeois amalgam proposes collaboration with the so-called national bourgeoisie as the only path to national independence and democracy.

In the century since the Russian Revolution, the first modern, popular revolution to succeed in throwing out the imperialists, much time and effort has been spent, especially by the former Soviet bureaucracy, in neutering Lenin – praising him while tearing out the revolutionary heart of his theories.

This book demonstrates that the Russian Revolution, a model for a victorious, popular revolution in a semi-colonial country in the era of imperialism, required not a bourgeois-democratic, but a socialist revolution for the people to take power. The old regime had to be destroyed and the state and governmental power seized by the working classes before it was possible to achieve national independence and carry though any meaningful agrarian reform for the benefit of the peasantry.

Lenin’s close collaborator in October 1917 was Leon Trotsky and the success of that revolution was due to the combination of the discipline and organisation of Lenin’s Bolshevik Party and Trotsky’s political theory of the permanent revolution.

This book goes back to basics, critically analysing and comparing Lenin’s and Trotsky’s own writings, which are sited in their source and inspiration - the Russian Revolution of 1905. It is shown that Lenin, in October 1917, adopted the perspectives of Permanent Revolution: that to finally rid Russia of autocracy, and legitimise the peasants’ seizure of the land, the Russian Revolution required the introduction of the dictatorship of the proletariat, and the first steps towards the collectivisation of the means of production.

Those who attack the theory of Permanent Revolution never challenge the correctness of its basic concept, that the international socialist revolution could begin in semi-feudal Russia. Instead, in the guise of anti-Trotskyism, they deny the validity of Lenin’s struggle for a socialist revolution in October 1917.

Lenin, Trotsky and the Revolutionary Party (1903)

1.3 Lenin’s Conception of The Party

Lenin and Trotsky in the First Russian Revolution (1905)

2.2 Bloody Sunday to the General Strike

2.3 The October Strike and Formation of the St Petersburg Soviet

2.4 The Bolsheviks and the Soviet

Lenin and the Revolutionary-Democratic Dictatorship of the

3.2 The Peasants Replace the Liberal Bourgeoisie as a Major Driving Force

in the Russian Democratic Revolution.

3.3 Social-Democrats in a Revolutionary Government?

3.4 Prospects for a Socialist Revolution

3.6 Inner Tensions in the RDDPP

3.7 Lenin and the Peasantry

Trotsky and the Theory of the Permanent Revolution

4.2 What is the Theory of Permanent Revolution?

4.3 Who Would Make the Revolution?

4.4 What Kind of Revolution?

4.5 The Proletariat and the Revolution

4.6 The Proletariat in Power and the Peasantry

4.8 A Workers’ Government in Russia, and Socialism

4.9 What was Innovative in the Theory of Permanent Revolution?

4.10 Which Class Would Lead the Revolution?

4.11 Comparison with the Revolutionary Democratic Dictatorship

1917: From the April Theses to the October, Proletarian Revolution

5.2 February, the Letters from Afar and the April Theses

5.7 The Class Character of the October 1917 Revolution and the

Nature of the Resulting State

Lenin said so Himself

7.3 The Constituent Assembly - the Goal of the Revolution?

7.4 Lenin, the October Revolution and the Constituent Assembly

7.5 The Workers, the Red Guard, and the Power of the State