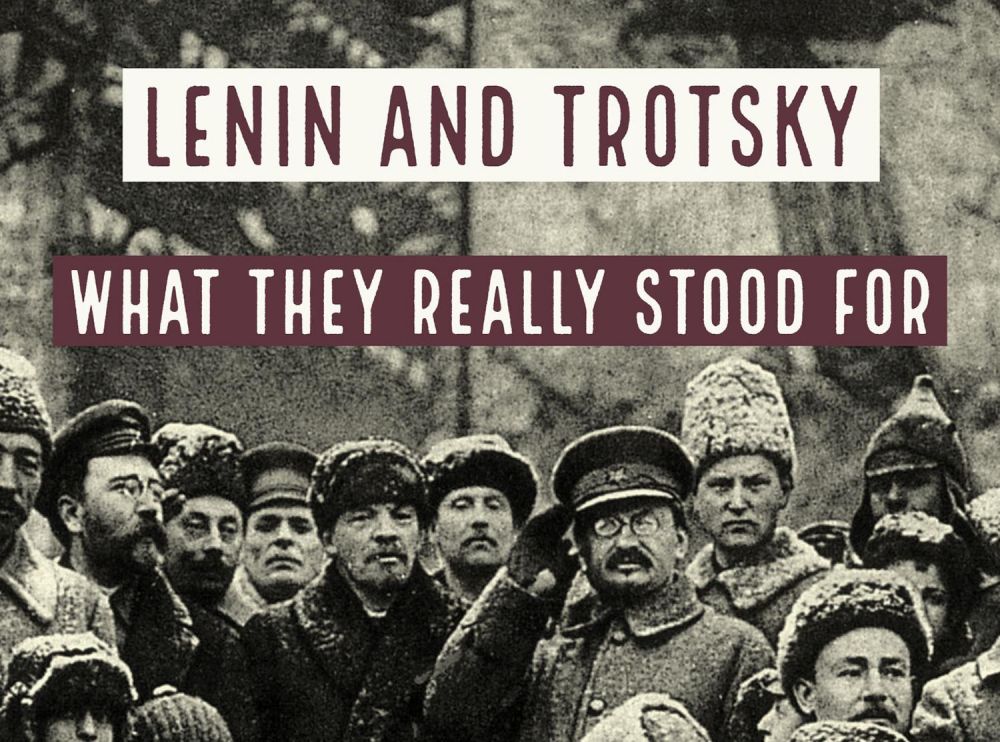 “A full discussion among Marxists about the political positions and roles of both Stalin and Trotsky are long overdue. Involving as it will do an assessment of the major policies and events of the Russian and international labour movement over four decades such a debate will be far reaching, complicated but profoundly instructive.” (Cogito, p. 2)

Until recently, a discussion in the Young Communist League and the Communist Party on the question of Trotskyism would have been unthinkable. For forty years, the works of Trotsky have been “proscribed reading” for the majority of Communist Party members, whose doubts and questions have been met by the leaders with a steady stream of anti-Trotskyist “exposures”, based on distorted accounts of the history of Bolshevism and the Russian Revolution. The last attempt to deal publicly with the question of Trotskyism was Betty Reid’s article in Marxism Today[1] only four years ago, which, among other gems asserts that the Moscow Trials are purely an affair for Soviet historical research! Such material as this cannot satisfy the demands of Communists who demand truthful accounts and an analysis of the questions involved. To those comrades, we can say, together with Comrade Johnstone that:

“We would hope … that they will not be content just to learn to trot out the highly selective potted history of the international labour movement and one-sided account of Communism which are served up in their papers and education classes.” (Cogito, p. 3)

Together with Comrade Johnstone, we can quote the words of Lenin to the Russian Young Communist League that it is necessary to take “the sum total of human knowledge … in such a way that Communism shall not be something learned by rote, but something that you yourselves have thought over, that it shall be an inevitable conclusion from the point of view of modern education.”

A discussion presupposes two sides. Comrade Johnstone calls upon his opponents to answer his case. We shall see to what extent he and the leadership of the Communist Party and Young Communist League will be prepared to allow the “full discussion” to proceed when the basic theoretical questions involved are really brought home to the rank-and-file of these organisations.

On the face of it, Monty Johnstone’s approach to the subject is eminently reasonable and objective. He is at great pains to emphasise that he has no “axe to grind”, but stands between two extremes:

“Such a work would be utterly sterile if carried out from the old positions of fixed adherence to Stalin or Trotsky. Neither apologetics nor demonology but the Marxist method of objective critical and self-critical analysis in the light of historical experience is required to arrive at a balanced estimate.” (Cogito, p. 2)

This is the basis of Johnstone’s air of lofty objectivity. He promises not to “adhere fixedly” to the “old position” of Stalin, so why should his opponents persist in defending the ideas of Trotsky? Such is the impeccable logic of Johnstone’s argument: no one advocates the “old position” of Dühring these days, so why support the ideas of Engels? No one imagines that God created the world in seven days, so why perpetuate the one-sided “cult” of Einstein and Darwin?

In reality, Johnstone has posed the question in an entirely un-Marxist way. The question is not whether we “fixedly adhere” to Trotsky, Stalin or any individual. It is a question of whether we still defend the basic ideas of Marxism itself, ideas which have been worked out scientifically, which have been added to in the light of historical experience, but which remain, in fundamentals, the same today as in the time of Trotsky and Lenin, or, for that matter, Marx and Engels. The basic issue, which Comrade Johnstone seeks to avoid, but which underlies all the arguments which he deals with, is precisely whether the “old position” of Marxism still holds good on such fundamental questions as internationalism, the role of the working class in the struggle for Socialism. the nature of Socialist society, etc. These basic ideas have been defended by all the great Marxists against the attempts of opportunists, masquerading as “Socialists” and “Communists”, to water them down, revise them and reduce them to reformist impotence. Under the guise of “modern”, “scientific”, “objectivity”, Monty Johnstone attempts to isolate these ideas as “Trotskyism”, something alien to the traditions and conceptions of Marxism, and in doing so returns to the “old position” – of Bernstein, Kautsky and the Mensheviks.

Monty Johnstone’s appeals to the Marxist method are worth nothing, because that method bases itself, first and foremost, upon scrupulous honesty and truthfulness when dealing with the writings of opponents in polemics. The most painstaking accuracy in quoting is to be observed in all the polemical works of Marx, Engels, Lenin and Trotsky. The great Marxists had no use for misquotation and distortion because for them, a polemic was a means of bringing out the basic ideological questions involved and of raising the political level of the membership, not scoring paltry debating points. They did not stoop to personal abuse as a substitute for arguments, but neither did they refrain from describing a rascal as a rascal, in a bid to cast a specious halo of professorial “impartiality” over their writings.

“The case is a political one. Personal abuse and innuendo do not figure in it.” (our emphasis)

True enough, we do not find any trace of the old filth which was churned out for decades by Johnstone’s colleagues about “Trotsky-Fascists”, “political degenerates”, “agents of Hitler” and the rest of it. Let us just taste a few samples of this Olympian objectivity:

“the magnificently written but highly slanted polemical works of Trotsky”, “swashbuckling rhetoric and flights of fancy [in place of] a calm examination of his opponents’ position…”, “adding paternalistically…”, “hurling abuse from the sidelines…”, “superficially plausible reasoning…”, “wishful thinking and infatuation with the revolutionary phrase…”, “windy and exaggerated generalisations [instead of] a balanced examination…”, “Trotsky’s dogmatic shibboleth…”, etc., etc.

Comrade Johnstone has made progress since the days of Palme Dutt, Pollitt, Gollan and Campbell’s “balanced, Marxist” analysis of Trotsky-Fascism. His progress consists in substituting for the language of the gutter the saccharine abuse and innuendo of the seminar room.

“The Twentieth Congress, by smashing the Stalin cult, opens the way for such an approach in the world Communist movement … Old sectarian habits and attitudes and bureaucratic resistances have held it up, but things are changing in this respect in many Communist Parties.” (Cogito, p. 2)

With these few words, Comrade Johnstone “explains” the somersault of the leaders of the World “Communist” movement on the position of Stalin, a position which they had fervently defended for thirty years, which was the ultimate, the essential article of faith, by which one could distinguish a Communist from a “Trotsky-Fascist”. Having admitted, in so many words, that a discussion on basic developments in the Russian and international labour movement was suppressed for decades, he then blithely proclaims the 20th Congress as a kind of magical key which opens all the doors barring the way to knowledge.

But just a minute, Comrade Johnstone, what about the “Marxist method of objective critical and self-critical analysis in the light of historical experience”? What about Lenin’s words on “the sum total of human knowledge” and learning by rote? The 20th Congress revealed to the World “Communist” Movement that for a matter of thirty years, for a whole historical period, all its leaders, its most trusted theoreticians, its most talented journalists had held a position which was not merely incorrect, but criminal from the standpoint of the Russian and international working class. You ask Communists to accept this without protest, to swallow it whole, and ask no questions? But surely that is just what the Marxist method is not? Surely this is just what Lenin warned the Russian Young Communist League against fifty years ago?

The first question which would occur to any thinking Communist is: Why? Why did it happen? How could it happen? We are aware that no one is perfect, that even the greatest Marxist will sometimes make mistakes… But to make such “mistakes”, for such a length of time. That is monstrous. That requires an explanation. That demands an explanation.

No explanations are forthcoming from Monty Johnstone. Instead, he refers us to the text of Khruschev’s speech on Stalin at the 20th Congress. But there is no point in looking for the Moscow edition. The speech, which was delivered behind closed doors, has never been published in Russia. Johnstone is obliged to quote the text of this masterpiece of modern Marxist thought from… the Manchester Guardian!

What is the “analysis” of Stalinism contained in the material issued by Moscow? The famous “theory” of the “Cult of Personality”. It appears that, for a whole historical period, the “Socialist State” was ruled over by a Bonapartist dictator, who dispatched millions to forced labour in Siberia, wiped out whole peoples, exterminated the entire Old Bolshevik leadership after the most monstrous frame-up trials in history – and all on the strength of his own personality. What a travesty of Marxism and the Marxist method of analysis! The members of the Young Communist League and the Communist Party are not children, Comrade Johnstone, that they believe in fairy stories, even if these fairy stories are dreamed up in the Kremlin or in King Street[2].

For a Marxist it would be impossible to pose the question in this way. The Marxist method does not explain history in terms of the individual genius or villain, in terms of whims and “personality”, but on the basis of social classes and groups, their interests and their interconnections. It is entirely inconceivable, that one man should be able to impose his ideas upon the whole of society. Marx had long ago explained that if an idea, even an incorrect idea, is put forward, gains support, and becomes a force in the lives of men, then it must represent the interest of a section of society. If Johnstone’s references to the Marxist method are anything more than a mere stylistic trick, a nice turn of phrase, then we insist that he answers a straight question: whose interests did Stalin represent? His own?

We have said that every honest Communist will welcome a thorough debate on the question of Stalinism and Trotskyism. In this regard we welcome the contribution made by Comrade Johnstone also. But what kind of a Marxist analysis is it that, while making pompous references to the Marxist method, avoids any attempt at analysing the fundamental social processes which alone can throw light on the ideas expressed at various times by Trotsky and Lenin? Without explaining these historical processes, the whole thing becomes entirely arbitrary, reducing itself to a string of isolated quotations torn out of context from the works of Lenin and Trotsky, artificially juxtaposed in order to “prove” this or that point. Of course, Comrade Johnstone, such is the essence of the “Marxist method” which has been used by the Stalinists for decades to justify every twist and turn with the appropriate sentence from Lenin. Such a method bears little relation to Marxism, but owes a great debt to the scientific methods of… the Jesuits.

[1] As this pamphlet goes to print we note that Mrs. Reid has been busy once more “creatively enriching” Marxist thought. The “reasonable” Monty Johnstone notwithstanding, her latest attack on Trotskyism yields little in viciousness to the last one and surpasses it in ignorance.

[2] King Street, London WC2, was where the headquarters of the CPGB were located.