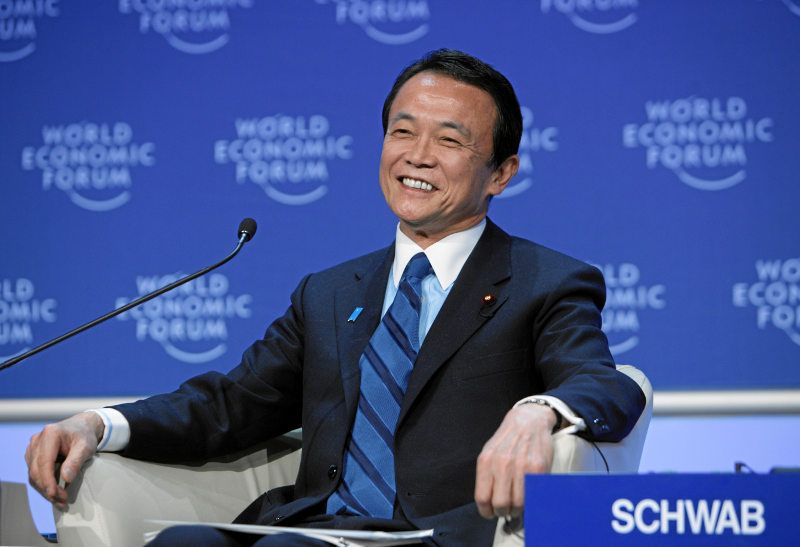 Prime Minister Taro Aso recently dissolved the Japanese parliament, and has called for elections to be held on the 30 August. All signs point to the ruling party, the bourgeois Liberal Democratic Party (LDP), losing power for the first time since 1955 - excluding a 10-month period at the beginning of the 1990s. Right-wing observers are now talking about a ”political revolution” in Japan.

An interesting article in The New York Times talks of a “broad upwelling of frustration” in Japanese society. The article states that the frustrations are beginning to express themselves politically, seeing as the ruling party is almost certainly going to lose power. Japanese politics has seemed stable for decades, since the same party has been in government for more than 50 years. This makes the current change all the more interesting, and significant.

The New York Times article points to the economy as the decisive factor. The headline “Economy spells trouble for leading party in Japan” alone states this clearly. The article quotes a professor of economy, Masary Kaneko from the Keiko University in Tokyo:

“Voters are finally being pushed into action because their livelihoods are starting to crumble.” The article states that the current wave of mass layoffs following the economic crisis has been the decisive factor.

According to the World Bank, the average household income has also fallen to a 19-year low. The nation’s per capita gross domestic product declined from the third highest in the world in 1991 to 18th last year. Throughout the last period, ordinary Japanese people have seen an increasingly insecure economic situation.

Since 1990, there has been a large rise in temporary work contracts. Post-war Japan was known as a country where you worked at the same place all your life, and where layoffs and unemployment were basically relatively unknown phenomena. All social measures, even housing, were handled through the workplace. This underlines the seriousness of losing your job in Japan.

These days a third of all workers in Japan are hired on flexible and temporary contracts - if they even have a job. 216,000 workers have been laid off since October last year. The youth have been hit especially hard, as they are the ones with most flexible contracts. In May, the unemployment rate for youth between the ages of 15 and 24 rose to 9 percent. That is almost double the average unemployment rate.

The temporary and flexible workers also receive a lower salary than their contracted colleagues. At factories like Toyota and Canon, they receive less than half. In this way the Japanese capitalists hope to divide and weaken the working class.

The Japanese economy is fast in decline. The Japanese economy fell at an annualised rate of 15.2 percent in the first quarter of this year, its steepest decline on record. Even if later quarters should help to cushion the fall (which is far from certain), we are still talking about a dramatic and steep fall, which has shaken the consciousness of broad layers of the Japanese working class and youth. All sense of comfort has vaporised like water on a red-hot frying pan.

Meanwhile, working conditions have also deteriorated and wages have dropped. The number of Japanese earning less than 2 million yen per year (15,000 euro) has risen to more than 10 million. The conditions at large factories like Toyota and Canon have become even more unbearable. Most Japanese still remember the story of a 45-year-old worker at Toyota, who died because he had been pressured to work 80 hours of overtime every month. Unfortunately, this is not an isolated incident. In Japanese there is a word for “sudden death due to overtime” – karoshi. This fact shows the inhumane pressure that ordinary Japanese workers suffer.

It is this atmosphere of merciless pressure on the working class, together with a sudden wave of mass layoffs, which has started a change in the political landscape of Japan. It now seems likely that second biggest party – the bourgeois Democratic Party (DPJ) will take office after the elections in August. Opinion polls give this party around 30 per cent of the votes, as against 20 percent for the LDP.

However, what is really interesting is the clear shift to the left, which can be seen in the support for the Communist Party, the JCP. The JCP is set to surpass the New Komeito Party, a Buddhist conservative party in coalition with LDP. This will make the JCP the third largest party in Japan. 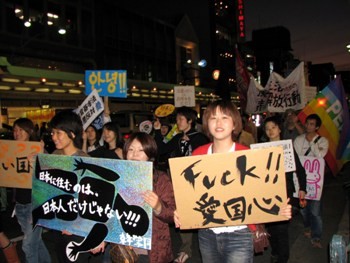 According to an article in the Telegraph, the JCP has gained 14,000 members over the last 18 months. One in four of these new members is under the age of 18. This indicates a clear shift to the left amongst Japanese youth. This is a generation that grew up without having experienced the relative stability and sense of safety that existed in Japan during the post-war boom. This generation has only experienced hard conditions – conditions that have led important layers of the youth to come to revolutionary conclusions.

The JCP daily, Akahata, (the Red Flag) has also increased in circulation in the last period. The paper now has a circulation of 1.6 million copies. The JCP claims well over 400,000 members in 25,000 branches. This makes the JCP the second largest Communist Party in the G8-countries, only the Russian Communist Party is bigger.

The growing support for the JCP is interpreted even by conservative commentators as a clear sign of the desire for radical change in society. A 42-year-old worker form a Tokyo-based transport company said: "Companies are only interested in their profits and protecting their management. They do not care about their staff. They see us as disposable."

This worker voted for the New Komeito Party in the last elections, but now he has turned to the JCP.

The shift to the left is also apparent in literature. A classical Japanese novel, Kanikosen, written 80 years ago by Takiji Kobayashi, a communist who was murdered by the state, about a group of workers at a crab-factory ship in northern Japan, struggling against the employers, has become a best-seller. It has sold well over 500,000 copies. A manga comic with the same story has sold more than 200,000 copies.

Karl Marx’s Capital has also been published as a manga comic. 6000 copies were sold in the first two days alone after it was published.

At the same time as this shift to the left is taking place in society, the leaders of the JCP have maintained a course to the right. These leaders openly state that they do not want a socialist revolution, but a “democratic revolution” to make “democratic changes in politics and the economy”.

The party leaders, such as former party Chairman, Fuwa Tetsuzo, are talking about “achieving socialism in Japan in stages” and “following a course towards socialism through a market economy.”

The leaders of the JCP will be pressured by objective conditions. Japanese capitalism is in a deep crisis. In such a period, the open declarations of the JCP leaders in favour of the market economy means accepting sackings, wage decreases and cuts in the public sector. That is the exact opposite of what the party’s supporters want. The new generation of communists want to fight for radical change, while at the same time, the leaders do everything they can to stay within the boundaries of the status quo. This is a finished recipe for internal struggle in the JCP.

The DPJ will be discredited sooner rather than later when they take office. They will only be elected due to the hatred of LDP. Those voters who want to kick the LDP out of office in order to achieve “something else” will find that the DPJ is just another ruling class party. This will mean even bigger opportunities for the JCP. In order to enable the JCP to take advantage of these opportunities, and offer an alternative to unemployment, poverty and the capitalist crisis, a clear defence of the working class is needed. This can only be done on the basis of real communist policies – a return to Marxism. During the course of events, through experience, more and more people in and around the JCP will, without doubt, be drawn in direction of the ideas of Marxism.