Details
In Defence of Marxism
19 September 2006

"The latest attack on Lebanon by America through Israel could be one of the last hiccups of the world capitalist system. This attack could also be considered a successful suicide attempt by this system," says Munno Bhai, commenting on a recently published book on current the Lebanon/Israel war by Lal Khan. The book was published by The Struggle Publications in Lahore.

The book discusses not only the current conflict between Lebanon and Israel in detail but also looks at the history of wars and revolutions in the whole region. The changing role of Iran in the region and the spectre of an imperialist attack on Iran are also discussed in detail.

The burning situation in Palestine and the internal contradictions in Al- Fatah and Hamas are also thoroughly discussed.

The book offers a revolutionary solution to the problems of the Middle East by linking the theory of permanent revolution with the current crisis.

The cause of instability 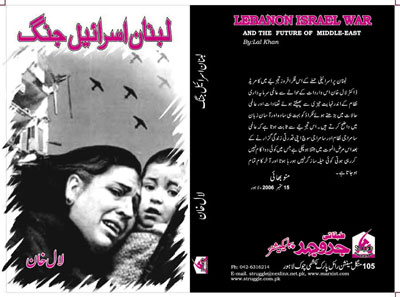 Chapter 4 - What is Hizbullah?