As Lebanon’s economic crisis deepens, the Lebanese ruling class continues to manoeuvre and haggle over debt repayment to its imperialist creditors, ignoring the plight of the people. As talks with the IMF stall, it is the Lebanese masses who pay the price. Between fuel shortages, medicine shortages, and hyperinflation, the Lebanese workers and youth face a scenario of complete societal collapse.

Meanwhile, multi-billionaire telecom tycoon and Prime Minister Nijab Mikati is incapable of resolving this crisis. Instead of providing any relief for the masses, the Lebanese elite is focused on repaying their imperialist masters in the Eurozone. When it comes to the current crisis, the politicians of Lebanon are quick to point fingers, but take no responsibility. In reality, they are all equally culpable for the dire straits facing the country.

The most glaring expression of the economic crisis has been the massive spike in the cost of fuel. Over the past four months, Lebanon has been struggling with a wave of hyperinflation. This has resulted in fuel prices going up by over 1000 percent. Currently, it costs over a month’s wages to fill up one tank of gas.

This has resulted in a huge electricity crisis. Since the late 1990s, Lebanon has been powered through an unreliable network of generators throughout the country, controlled by a mafioso racket who exploit their control over the power supply to enrich themselves but fail to invest in or develop the grid. Outages for up to nine hours a day were previously common among residents, but this was bearable thanks to the availability of backup generators which are fueled by gas.

With the spike in fuel prices and the overall gas shortage, this has become unsustainable. The predictable result was mass power outages. This culminated in a 24-hour blackout across the country, which caused 6 million residents to lose power. The situation has not improved in recent weeks. Without power, households are facing a desperate situation, with food poisoning due to lack of refrigeration becoming a regular occurence.

Hunger, poverty, and a lack of medicine

Inflation has soared by 281 percent in the past year. The inflation and fuel crisis also make getting simple commodities like food near impossible. Things that yesterday would have been considered staples of life, like coffee, now languish on shelves as people prioritise necessities. The World Food Programme (WFP) estimates that food prices in Lebanon have gone up by 628 percent in just two years. The price of bread has gone up by six times in 2021 alone. Even juggernauts like McDonald's, known around the world for their extremely low prices, have seen enormous increases in price. The cost of a big mac in Beirut is currently $45 USD. This makes McDonald's in Beirut the most expensive in the entire world. Ironically, until recently it had actually been the cheapest in the entire world. This is how far Beirut has fallen – a city once dubbed “The Paris of the Middle-East”. The WFP in Lebanon is now supporting one in four people, meaning that 25 percent of the population is starving or at risk of starving. 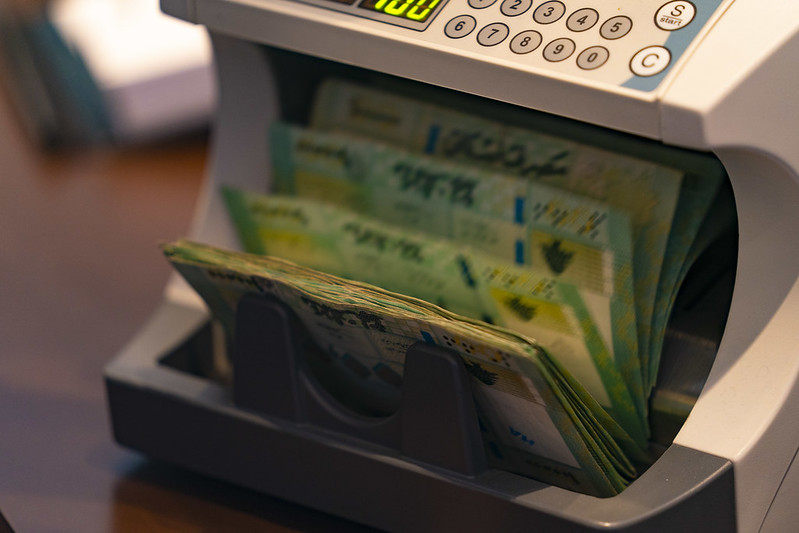 Inflation in Lebanon has soared by 281 percent in the past year / Image: International Monetary Fund, Flickr

Other critical sectors are also struggling. Medicine is extremely difficult to find, with pharmacies and hospitals running out of basic drugs. Drugs for treating cancer, blood pressure, and other important medical issues are missing, leaving pharmacies barren. Despite subsidies from the government, the situation has not improved.

A part of the problem is that the government is rife with smugglers and other criminals, who buy critical resources using government subsidies and then sell them abroad. Corrupt politicians facilitate these practices, which exacerbate the shortages as these smugglers hoard vital medicines, fuel, and even food to sell across the border in Syria for a profit.

The crisis in the economy has resulted in a deadly knock-on effect. With the price of the Lebanese lira rising, the price of basic commodities like gas, food, and medicine also rises. The rise in fuel prices especially means the government cannot buy fuel, causing shortages. Fuel shortages cause electricity outages. Electricity outages make the storage of food more expensive due to the reliance on measures like backup generators. This vicious process has ultimately culminated in mass poverty across the country, with over 80 percent of the population living in poverty.

Whenever the ruling class in Lebanon speaks about the crisis, they treat it like an unfortunate accident, or a natural disaster that nobody could have prevented. In reality, it was the corruption of the government and the rotten state of Lebanese capitalism that created and exacerbated this situation.

For starters, the ruling elite at the top of the Lebanese government are criminals who regularly pilfer the public purse for their own benefit.

And secondly, instead of dealing with the apocalyptic levels of poverty and supply shortages, the ruling class's main concern is servicing state debt to the Eurozone. The Lebanese government defaulted on this debt last year, and since then has been negotiating with the IMF in order to pay it back. In a bid to ensure they have enough foreign currency to pay their creditors, the government has recently cut all fuel subsidies, further exacerbating this situation.

The ruling class of Lebanon is not a victim in all this. Figures like Hariri, Nasrallah, and Nijab Mikati are extremely wealthy. Boasting billion-dollar fortunes, their priority is ensuring the payment of debts and the stabilisation of the capitalist market in Lebanon, in close collaboration with their imperialist friends in Europe and America.

It is no accident that subsidies are being cut now. This is no doubt a requirement for funding from the IMF, which vaguely promises the conditions for their help will be “[n]o worse than conditions in Lebanon are today.” But as we know, the IMF does not have any interest in improving the conditions of ordinary people. In 84 percent of cases where the IMF has given loans, austerity has quickly followed. Any deal with them will not mean help for the Lebanese masses, but instead a focus on ensuring Lebanon is a profitable place to invest.

For a new October Revolution!

Despite the devastation the country has faced in recent times, the legacy of the 2019 October Revolution in Lebanon is still alive and well. That year, over five million people were out on the streets. The revolution cut across all sectarian party lines, bringing the Lebanese people together in a popular uprising. The call of the masses was: “All of them means all of them!” It was a revolution to take down the entire ruling class. 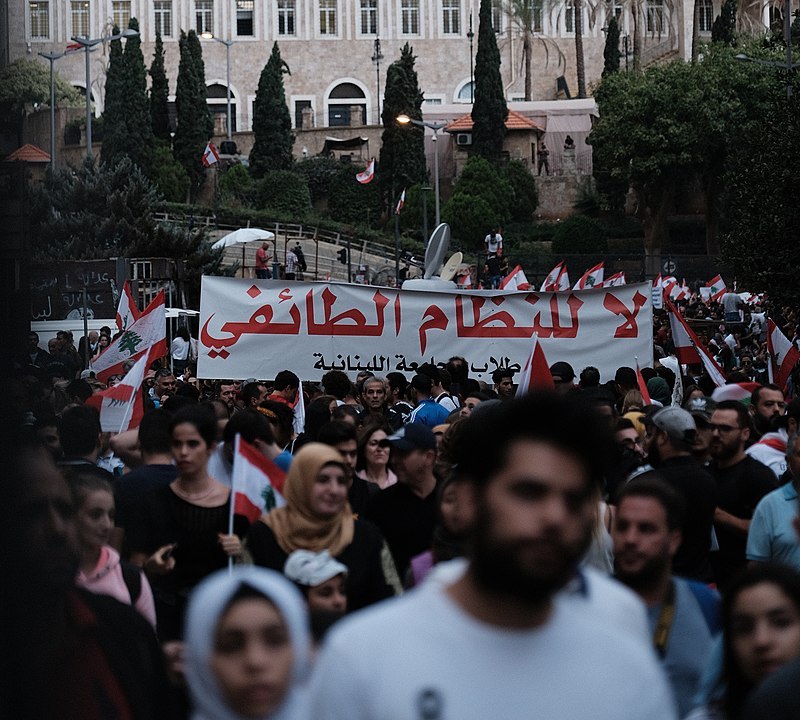 Unfortunately, due to the spontaneous nature of the uprising, there was very little true leadership in the streets. This led to a stalemate, in which the ruling class managed to stabilise itself and continue to rule the country. Since then, and following the tragic explosion that wreaked destruction in Beirut, the ruling class has attempted to play the same old games, dividing the country along religious lines. Pointing fingers at each other for the crisis, they have made a great show of finding those responsible for the explosion. This has even escalated into firefights in the streets, as various political parties are blamed.

This is a distraction, another cynical manoeuvre by the Lebanese elite. If they want to know who is responsible, they need only look in the mirror. Their government created the conditions for this entire crisis.

What is needed is a new revolution of the Lebanese workers, which will sweep away every single one of these criminals. The masses must draw on the lessons from the recent 2019 uprising and organise a new struggle. This time, we cannot be content to simply change this or that part of the government. The entire rotten and corrupt establishment must be dismantled.

The wealth that exists inside Lebanon must be seized and properly organised for the benefit of the masses. Lebanon is a deeply unequal country, with 70 percent of the wealth held by only 10 percent of the population. This is intolerable, and any popular revolution must nationalise the capitalist economy creating this inequality. Through a revolutionary struggle, a socialist Lebanon that is truly democratic and free can be born. Such a movement would alter the destiny, not only of Lebanon, but the entire Middle East.