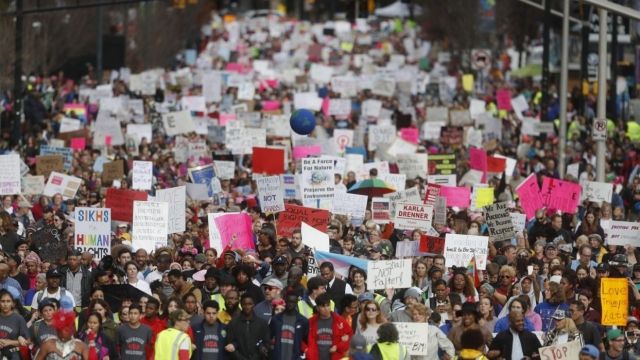 We present here the editorial for the first issue of Socialist Revolution: the brand new publication and website from the American section of the IMT. The task before us is nothing less than the struggle for worldwide socialist revolution in our lifetimes!

For fifteen complicated and challenging years, the comrades of the IMT have been deliberately assembling our forces, developing our political perspectives, and elaborating a program for socialist revolution in the United States. In the decade and a half we published Socialist Appeal magazine, we defended revolutionary socialism and Marxism as a guide to action for working class victory against all the pessimists and naysayers—on both the left and the right. Armed with confidence in our class and the long view of history, we waited patiently for the tide to turn, establishing a modest presence of committed cadres across the country.

Although the 2008 crisis deeply shook people’s confidence in the system, the lack of a mass revolutionary alternative and the relative stabilization that followed led to an uneasy new normality. But none of the system’s inherent contradictions were resolved, and the rising pressure of discontent percolated beneath the surface, periodically bursting forth in the form of movements like Occupy and BLM. Then came 2016. Though no one would have predicted it as the campaign first got underway, the presidential election marked another qualitative tipping point in the changing consciousness of the American working class. Sanders’s exhilarating campaign and Trump’s victory mirrored the uneven process of class polarization that is only just beginning to take shape. Millions of Americans voted for a self-proclaimed socialist in the primaries, millions stayed home on election night, and millions of others put their hope in the most preposterous president yet to grace the Oval Office.

The new mood was evident as thousands of radicalized youth hit the streets within hours of the election and one of the largest protests in US history flooded Washington on the weekend of the inauguration. With interest in socialism and revolution rising rapidly—as evidenced by the spectacular growth of the Democratic Socialists of America—the National Congress of the US section of the IMT took a unanimous decision to change the name of our paper. No longer is it a matter of defending the basic ideas of socialism. The task before us is nothing less than the struggle for worldwide socialist revolution in our lifetimes.

Is such a bold perspective justified? Or is it deluded hyperbole? In the final analysis, conditions determine consciousness and no amount of rhetorical optimism can pay the rent and put food on the table. Trump has trumpeted the supposed health of the economy. But what’s the real story?

Nearly half of Americans say their expenses are equal to or greater than their income; for those 18 to 25, the percentage is 54%. Roughly 40% of these have volatile income that can vary by as much as 25% in any given month. Unsurprisingly, 96% of those who say they have too much debt report being stressed, which brings with it serious long-term health implications. “Half of America has no financial cushion,” says Jennifer Tescher of the Center for Financial Services Innovation. “They are living really close to the edge . . . We can’t deal with their health problems if we can’t deal with their financial health . . . People are spending a shockingly large amount of income on housing. They have to pay for transportation to get to a job. These costs are going up while their wages stay the same.”

Over 38 million American households are unable to afford their housing, an increase of 146% over the last 16 years, as wages have failed to keep pace with rising housing costs. According to Dan McCue, senior research associate at the Joint Center for Housing Studies at Harvard University, “For lower income groups, it’s even worse than stagnation. It’s not keeping up with inflation.”

The economy is stuck in a vicious cycle of low productivity and even lower real wages. One way to increase productivity is to expand the workforce, but a fall in immigration and a dramatic fall in birth rates reflect the pessimism of those who once had confidence in the American Dream.  A record 1 in 3 young people—roughly 24 million 18-to-34-year-olds—had to live with their parents in 2015. One in four of them neither worked nor went to school. Retirees are hoarding their savings or using them to support their children and grandchildren.

Despite sitting on trillions in cash, the largest corporations aren’t investing in expanding productivity as there is already a glut of capacity. Trump’s proposed tax cuts for the rich won’t reverse this but will lead only to even more extravagant luxury for the 1% of the 1%. The world’s second-richest man, Warren Buffett, was characteristically forthright in a recent interview with PBS Newshour: “The real problem, in my view, is—this has been—the prosperity has been unbelievable for the extremely rich people . . . If you go to 1982, when Forbes put on their first 400 list, those people had [a total of] $93 billion. They now have $2.4 trillion, [a multiple of] 25 for one . . . This has been a prosperity that’s been disproportionately rewarding to the people on top.”

He continued: “And that’s the problem that has to be addressed, because when you have something that’s good for society, but terribly harmful for given individuals, we have got to make sure those individuals are taken care of.” Buffett worries about those individuals, not out of the goodness of his heart, but because, like Bob Marley, he understands that “a hungry mob is an angry mob.” So what is the Oracle of Omaha’s proposed solution? “They [the poor] should just keep buying and buying and buying a little bit of America as they go along. And 30 or 40 years from now, they will have a lot of money.” If only it were so easy for the capitalists to get out of their conundrum!

This is what the third-longest economic expansion in US history looks like. What will happen when the laws of capitalism inevitably assert themselves and slump follows boom?

Pyramids are incredibly stable because the greatest volume is spread out on the bottom, leading to a consistently low center of gravity. For several decades after World War II, a broad layer of the American population enjoyed relative prosperity, contributing to the relative social and political stability of this period. It doesn’t take a physicist to understand that if you defy the law of gravity and invert the pyramid, and instead concentrate the majority of the volume at the pinnacle, tremendous instability and an almighty crash will follow. 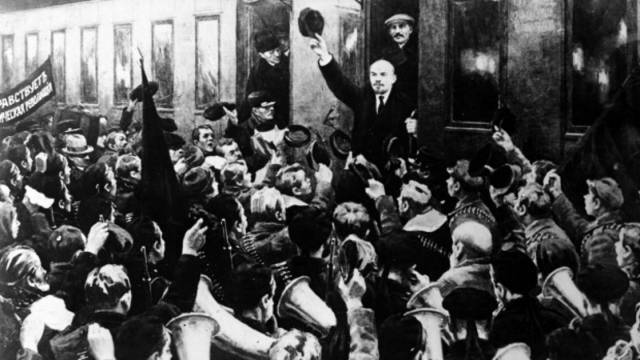 Lenin explained that politics is concentrated economics. All aspects of social life are intertwined. Economic crisis leads inevitably to political, ideological, and social crisis. All the institutions of capitalist rule are in crisis, and public confidence in them has plummeted. Both major political parties are utterly disconnected from the real processes churning under their feet and have no clue to the scale of the crisis that is approaching. Even if they did, they have no way of stopping it.

Trump is a funhouse mirror reflection of the crisis of US imperialism and capitalism. He was able to squeak by through demagogic appeals to greatness but will be unable to deliver. While there may be periods of relative tranquility, the historical trajectory of capitalism is downward, and we will be forced to endure many terrible convulsions as the forces of revolution and counterrevolution clash over the future of humanity. If we are to draw the full conclusions of our assertion that there is no solution within limits of capitalism, we must fight to transcend the barriers of this system through the socialist revolution.

The clock is ticking, and revolutionary socialists must use this calm before the storm to study revolutionary theory, strategy, tactics, and history. We must participate in the day-to-day struggles of our class and sink roots in every workplace, campus, and working class neighborhood. History does not repeat precisely, but there are lessons to be learned and patterns to discern. The mighty sacrifices and many martyrs of our class have not been in vain.

The task of the present generation is to make workers’ democracy a reality at long last. We must unleash the vast potential constrained by the profit motive and nation state if we are to save our species from climate change and lay the foundations for ending the endemic war, terrorism, racism, and misery of class society. The balance of forces is overwhelmingly in our favor. For example, counterprotesters dwarfed a recent rally by the KKK in Virginia. But we cannot take this for granted. If we do not build a leadership worthy of the challenges history has in store for us, things can turn into their opposite. Defeats without a fight can be more disorienting and demoralizing than giving your all and falling short.

There is no better occasion than the centenary of the Russian Revolution to redouble our efforts for the cause of socialism. Far from being ashamed of our revolutionary credentials, we are proud to stand on the shoulders of Marx, Engels, Lenin, Trotsky, and the countless other revolutionary heroes of our class from around the world. We repudiate those who equate Leninism with the anti-working class ideas and methods of Stalinism. We embrace the legacy of Bolshevism and reject those who caricature its accomplishments and organizational forms.

Hesitation, routinism, bureaucratism, and indecision can be fatal in a revolutionary situation. This is why a revolutionary party requires a clear program and structures that maximize democracy, accountability, professionalism, and efficiency in action. Open, democratic debate, majority-rules decision-making, and unity in action are the only way we can defeat the centralized power of our class enemy. Revolutionary discipline cannot be imposed but must be voluntary and based on genuine conviction and commitment.

Now is no time for skepticism or vacillation. A perfect storm is forming, and a decisive historical convergence is on the horizon. In the epoch that opens before us, each of us will be called upon to answer: Which side are you on? The very future of humanity is at stake. Fortunately, the historical process will do the heavy lifting for us—but we need your help to tip the balance and give the system the final push over the edge. Join the IMT and fight for socialist revolution!