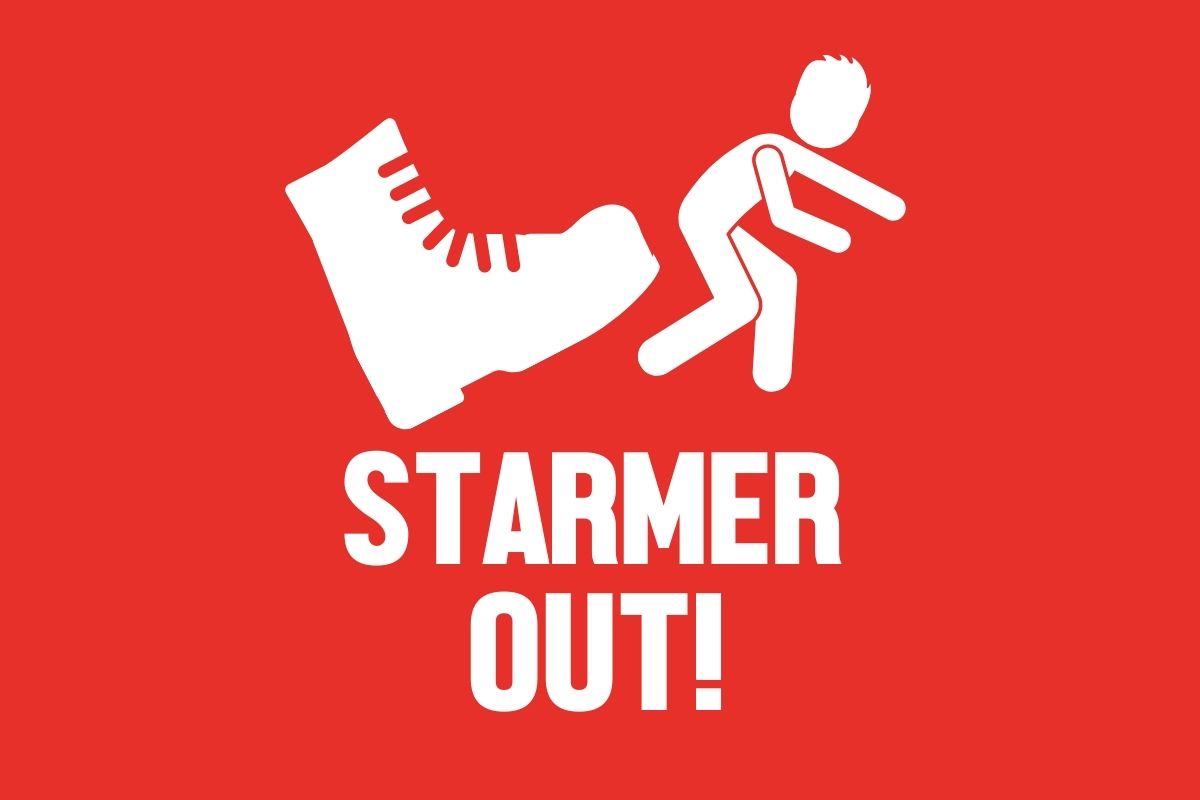 Under Keir Starmer’s leadership, Labour is heading for disaster. The party is in a deep crisis. Yet the right wing are attacking the left more than the Tories. But grassroots members are fighting back, saying: Starmer out! Fight for socialism!

The civil war inside the Labour Party continues to rage on. Across the country, left-wing members are fighting back against the right. In the last month, 10 CLPs have passed votes of no confidence in Keir Starmer’s leadership. Members are making themselves clear: Starmer must go!

Following poor local election results and the Hartlepool defeat, Starmer’s leadership is looking increasingly shaky. His personal ratings are getting worse by the day.

The latest poll reveals 51% of the public are dissatisfied with him, and half think Labour should change leader before the next election. Most devastatingly of all, almost half (48%) of Labour supporters agree!

Meanwhile, another by-election approaches in the so-called ‘Red Wall’, this time in the seat of Batley and Spen. Despite being held by Labour for 24 years, Labour’s chances look uncertain. Many on the left, and increasingly the right, therefore, are sharply criticising Starmer given his promised ‘electability’.

BREAKING: Starmer's net approval with YouGov is now -44, which is *worse* than Corbyn's rating with YouGov at this point in his leadership.

On whether Keir Starmer is doing well or badly:

Clearly, patronising flag-waving and cosying up to big business has turned many voters away. Tens of thousands have left the party in disgust. And no wonder: Starmer’s ‘new management’ has meant more attacks on Labour members than on this murderous Tory government.

But now, grassroots members are standing up and saying: enough is enough! Thousands of left activists still remain in the party, determined to resist the rightward turn. Increasingly this is being expressed through moving Votes of No Confidence (VONC). Excitingly, five CLPs have also passed a rule change motion that – if passed alongside a VONC at Labour conference in September – would force Starmer to stand down as leader. A leadership contest would then ensue.

Importantly, were this to happen, the leader’s position would technically be vacant, meaning only 20 MPs would be needed to nominate a challenger. Currently, 40 MPs are required if there is an incumbent.

This offers a clear way forward for the Left. It is clear Starmer won’t ‘change direction’, as some leading left-wing figures have called for. Instead, the Left need to put up a champion who offers bold socialist policies.

As these votes show, grassroots members are looking for a determined fightback against the right – starting with Starmer. And rank-and-file activists now have the prospect of removing him. The fight is on!

Mood on the ground

The following are reports from Socialist Appeal supporters in some of those CLPs that have passed VONCs and / or the above-mentioned rule change, which reveal the mood on the ground.

In Liverpool Wavertree, the VONC in Keir Starmer was passed by 21 votes to 19. In support, members spoke about how they did not feel inspired to campaign in the May elections. Significantly, a young member pointed out Starmer had no vision for attracting the youth.

Members who just over a year ago declared their support for Starmer – precisely because he was ‘electable’ – looked shell-shocked by the election results.

In moving the motion, I mentioned Starmer’s broken promises to bring unity and continue with Labour's radical programme. The latter is shown most graphically by his failure to support a pay increase for health workers: not even 5%, let alone the 15% they deserve.

Afterwards, a former activist told me she had been in two minds about going to the meeting or even staying in the party. She was glad she came, as the motion and result showed there is hope of a fightback.

In Aberconwy, both a VONC and the rule change were each passed by 28 votes for and only 2 against!

Members voiced numerous reasons for their opposition to Starmer: His lack of opposition to the Tories; his disregard for member’s democratic rights; his decision to abstain on the ‘Spycops’ Bill; his breaking of the ‘ten pledges’ he was elected on. The list goes on!

All members speaking for the motion made it clear that, if we want a party that represents and speaks up for the working class, then Starmer must go.

Ealing Central and Acton CLP recently passed a VONC, along with the rule change motion. The no-confidence vote was introduced by a Corbyn-supporting activist, who admitted voting for Starmer last year, but felt betrayed when his ‘unity’ mask fell.

Socialist Appeal supporters made strong speeches in the debate, stressing the urgent need for a new leadership to provide real opposition and socialist solutions to the problems facing workers and youth.

After a series of fiery speeches, both motions passed. This was a CLP that overwhelmingly nominated Starmer. Even these CLPs are starting to turn on him!