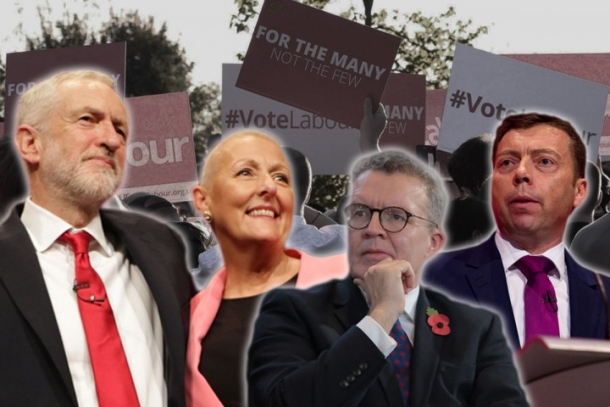 A recently leaked report on the shenanigans of officials at Labour HQ reveals a cesspit of bullying and bureaucracy, designed explictly to undermine the Corbyn movement. Labour activists must organise and fight. Sign the open letter: demand justice! Kick out the saboteurs!

The release of the Labour Party’s internal report into the work of its Governance and Legal Unit is an absolute bombshell. In a matter of hours, it has transformed the struggle inside the party. The mood amongst rank and file members is explosive. Already, letters demanding action are being circulated, and activists are beginning to organise.

The report lifts the lid on the cesspit that is the party’s right–wing bureaucracy. But for many on the left, the report only confirms what they already knew from bitter experience.

For years, ordinary members were forced to endure the spectacle of right-wing Labour MPs openly baying for Corbyn’s blood on TV and in the press. Blairites in the PLP actively undermined the left leadership at every opportunity, even splitting away in order to cause the utmost damage. And thousands of grassroots activists were purged as part of a McCarthyite witch-hunt against socialists.

All was enough evidence that the party machinery was single–mindedly dedicated to one aim: to destroy Corbyn and the left. New Labour architect Peter Mandelson even openly stated that, “I work every single day to bring forward the end of [Corbyn’s] tenure in office.”

Nevertheless, the presence of over 800 pages of hard evidence of relentless conspiracy and sabotage by the party bureaucracy is a game changer. It has convinced thousands and thousands of activists that they must organise with no holds barred against the Labour right wing. It is a life or death struggle.

Although its content comes as little surprise, the report is still shocking. It has rightly left members feeling enraged and incensed.

The leaked report documents evidence – from emails and WhatsApp chats – of conspiracy against the party leadership and membership. And it reveals the vile attitude of contempt that the bureaucracy and the right wing hold towards anyone on the left.

The newly released material is utterly damning, revealing a litany of crimes. The Anti-Semitism investigations, for example, are shown to have been deliberately undermined, in order to make the party look inept or unwilling to deal with this manufactured crisis.

Open disdain for the membership and for party democracy is expressed throughout the document. In one instance, a right-wing apparatchik states that, "letting members have a say is the worst thing that happened to the Labour Party”.

Elsewhere, there is evidence of serious allegations of racism against Muslims, Roma and Traveller communities being actively ignored by officials. And a culture of bullying was actively encouraged at Labour HQ – as long as left-wingers were the targets, of course. Yet it was the left themselves who were frequently accused of bullying and harassment…for attempting to democratically remove traitorous MPs!

So much for unity

Above all, it is abundantly clear that the party’s top bureaucracy - a remnant from the Blair era - was desperate for the party to lose elections. This was seriously discussed amongst Corbyn’s opponents as being the most effective way of facilitating the removal of the democratically elected leadership and the left as quickly as possible. Funds and resources were even secretly diverted in order to bring about this result.

Without this sabotage, it is highly likely we would now be almost three years into a Corbyn led government. In short, the party’s right-wing machinery was doing the dirty work of the Tories.

No doubt about it, Corbyn would have been PM after GE17 if it hadn’t been for those sabotaging from the inside.

Furthermore, at many points, the conspirators discuss the possibility of provoking an open split, in order for the right wing to regain their grip over the party. “It would be brilliant for Labour,” the plotters assert. “Financially tough, but absolutely great for the party.”

And all of this from the same people who now have the audacity to rally behind their new champion, Keir Starmer, to demand ‘unity’ and an ‘end to factionalism’. What disgraceful hypocrisy! The only unity they are willing to accept is that of the rider and his horse.

Indeed, the content of the report – and the names involved – are damning of Keir Starmer and his claims to being a leader of party unity.

Such assertions were already shattered by the appointment of his shadow cabinet last week, which is stuffed with Blairite backstabbers, such as Wes Streeting, Liz Kendall and Jess Phillips. Some of these figures are implicated in the report itself, as is Emilie Oldknow, who was widely reported to be Starmer’s preferred replacement for current general secretary Jennie Formby.

How can there be any unity with such people in charge? For Starmer, ‘unity’ is just a smokescreen for the return of the carpetbaggers and hatchet men. This report shows what the real political and moral level of this careerist bureaucracy is – that of the gutter / Image: Socialist AppealThe reality is that there are two Labour parties. On the one side, there is the party of the rank and file; of hard–working activists whose tireless efforts are dedicated to improving the lives of ordinary working–class people.

And, on the other, there is the party of the likes of Progress and Labour First; of the right-wing bureaucracy, with its close links to the British establishment and the state. These gangsters will fight tooth-and-nail to ensure that Labour is a big business party. They will do everything to demonstrate that Labour is ‘respectable’; a reliable ‘Second XI’ for the capitalist class.

This report shows what the real political and moral level of this careerist bureaucracy is – that of the gutter. They hide behind their friends in the capitalist media, presenting a professional, ‘moderate’ image. In reality, they are the most deceitful, hateful and bitter people you could ever meet. Had this document been released after the 2017 general election, the left could have swiftly cleared the right-wing rubbish out of the party / Image: Socialist AppealParty members are furious that a possible 2017 election victory was stolen from them by their own full timers. But members have no doubt asked themselves a number of questions arising from this report’s release. Why wasn’t the shameful material in this document released earlier? Why wait until now, when the right wing of the party is climbing back in the saddle?

The reason is that the left leaders – most notably self-appointed Momentum chief Jon Lansman, along with many trade union leaderships - were afraid of launching an all out battle with the right wing.

Instead, they thought that they could appease their Blairite opponents and reach a compromise. In this way, they hoped to avoid the messy business of mobilising the full weight of the Corbyn movement to drive out the saboteurs and complete the transformation of the party.

But the lesson of the past four-and-a-half years is clear: the left’s key strength lies in its mass membership, and the bold ideas that inspire our movement. If the left leaders are not prepared to mobilise members to defeat the right, the right will have no qualms about using their control of the bureaucracy, their friends in the media, and the PLP, to defeat the left.

Unfortunately, Jeremy Corbyn and John McDonnell went along with this failed strategy of concessions and conciliation. And ultimately it proved to be their downfall, as activists – demoralised from the 2019 election defeat, and from years of relentless intrigues and infighting – lent their support to Starmer, with his alluring promise of peace, comradeship, and unity.

Now insiders have finally released this incendiary report - presumably as a defensive measure against threats of a ‘scorched earth’ plan by Starmer and his allies, designed to clear Corbyn supporters out of Labour HQ, and potentially out the wider party too.

Instead, however, this document should have been released after the 2017 general election, when Corbyn was at his strongest. Had this been done, as part of a call to introduce open selection and sweep out the saboteurs, the left could have swiftly cleared the right-wing rubbish out of the party.

Many of the right would have split, of course, but with their tails between their legs, exposed and discredited by this report. And, in turn, the momentum and enthusiasm that this would have generated - of a party genuinely united, with a mass membership confident in itself, its leadership, and its programme - could have swept the party to victory at the earliest opportunity. This report should destroy any illusions in Starmer as a more ‘presentable’ version of Corbyn. Those in the PLP and party apparatus that now stand behind the new Labour leader are precisely the same traitors who have consistently campaigned to undermine our movement at every turn.

The party’s left must organise and mobilise to defend the gains made in recent years against these gangsters, using this report as a platform to rally members.

Left leaders like Burgon, McDonnell and Corbyn must launch a campaign now to bring those responsible to justice, publicly denouncing the Blairites and bureaucrats for their crimes. This should be accompanied by a demand that Keir Starmer makes an explicit statement condemning the disgraceful, treacherous behaviour of the party bureaucracy.

The Socialist Campaign Group of MPs must act boldly, spearheading efforts to ensure that all those proven guilty by this report are immediately expelled from the party. These right-wingers have actively conspired to prevent the election of a Labour government. By any standards or measure, this is clearly an expellable offence.

Given the close links between those around Iain McNicol at Labour HQ and right-wing MPs - who also worked tirelessly to undermine Corbyn and the left - this campaign must also fight for the introduction of automatic open selection processes for all sitting MPs.

This should be combined with the demand that all Labour MPs should take only an average workers’ wage, with any surplus funds going into the labour movement. This is the way to root the cancer of careerism out of our party.

Importantly, these events demonstrated the need to fight for genuine party democracy, including the election of all party officials. The apparatus must be accountable to the membership, under the control of grassroots members, not the establishment.

The left cannot afford to compromise any more. It cannot afford to keep the handbrake on its membership. These scandalous revelations should act as a clarion call to socialists: Stay and fight - and use this report to drive the right-wing saboteurs out of the party for good.