United States
Share
Tweet
As the crisis of world and American capitalism continues to unfold, continued attacks on the living standards of the working class will eventually lead to militant strikes and protest movements. Labor activists and young workers will rediscover the traditions of the past. In this process they will break with the Democrats and move towards building their own party.

World War II had the effect of lifting American capitalism out of the Great Depression. At one point in the middle of the war, with mass conscription and the war industries running around the clock, unemployment was down to 2 percent from the 25 percent it was at in the early 1930s. The USA had the competitive advantage that its industry was not bombed during the war. After the war, the U.S. was the world’s dominant capitalist super power. The failure of the post-war revolutionary wave, the balance of power between U.S. imperialism and Russian Stalinism (which had also emerged from the war greatly strengthened), and the need to rebuild after so much destruction, laid the political and economic foundations for a recovery of the capitalist economy. 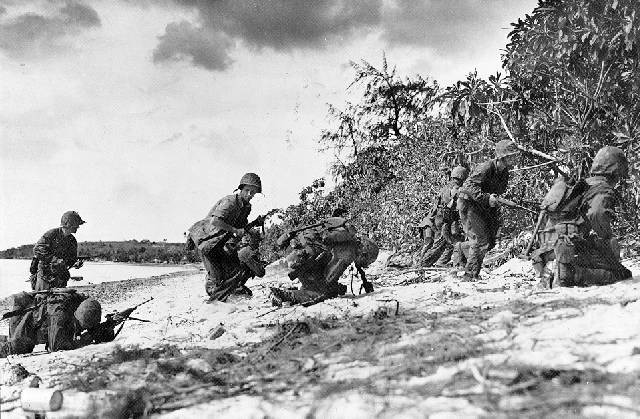 It was not until 1958 that the world had rebuilt from the destruction of the war. This extended boom of American capitalism, along with the strength of the labor unions and many hard-fought strikes after the war, led to a rise in the living conditions for many American workers. For example, between the late 1940s to 1974, the average non-government worker’s wages went up 40 percent in real terms. This in turn had a tremendous effect on the consciousness of the working class. For many workers, it appeared that capitalism had overcome its contradictions, and the illusion that gradual but steady and continuous improvement was possible within the limits of capitalism became widespread.

However, the contradictions inherent in the system also lead to its opposite. Along with the booms of capitalism come the busts. The postwar boom came to an end with the world recession of the mid-1970s. Since 1974, the average non-government worker in the U.S. has seen wages decline 5 percent in real terms, not counting the elimination of pensions, paid vacations, paid holidays and skyrocketing health care, education and housing costs.

As the crisis of world and American capitalism continues to unfold, continued attacks on the living standards of the working class will eventually lead to militant strikes and protest movements. Labor activists and young workers will rediscover the traditions of the past. Workers who today may not go to union meetings will become the most energetic rank and file activists. It is on the basis of big events, of bitter struggles, that the labor movement will begin to be transformed once again, to win strikes and organize the unorganized. As this process unfolds, the workers will battle the employers and their courts, police, National Guardsmen and politicians. As a result of this experience, U.S. workers will increasingly come to see themselves as a class, with common interests of its own that can only be defended collectively, instead of approaching the crisis confronting them as a series of individual problems to be solved through individual solutions.

It is through this contradictory process that at a certain point, labor movement activists will come together to fight for independent political representation and action in the interests of the working class majority: a mass party of labor. History tells us that when this happens, things in the U.S. will develop in an explosive manner.

Oppositions in the Labor Movement

In many unions today, there are growing oppositions to the policies of the leadership. Workers want their unions to stop giving concessions to the bosses and instead, fight to improve their working and living conditions. Workers are willing to fight, but they need a strategy to win these battles. They also want democratic unions in which they can change the leadership to change the policy. As these oppositions grow in the unions, many of these caucuses will demand a change in the political policies of the unions. They see the huge amounts of money, activists and other union resources going to the Democrats and sometimes the Republicans, with the only result being a continuing decline of workers’ standards of living. When these oppositions grow and start to influence the policies of some of the large unions, the dam could break and the movement for a labor party could become unstoppable.

Until this happens, attempts to put forward candidates independent of the two parties and to the left of the Democrats will continue. When the Democrats are in power, this will probably help this process along, as many workers and young people who had hopes that the Democrats would change things will inevitably become disappointed. The WIL supports the Cynthia McKinney campaign for President and the Sheehan campaign for Congress. We will also support future independent efforts to combat the two parties of big business. Out of these campaigns, will come activists who can help to build the mass labor party of the future.

These campaigns are important in that they raise ideas not discussed by the representatives of big business, and they raise the necessity of breaking with the Democrats and Republicans. However, it is highly unlikely that a mass party of labor will come out of these efforts in and of themselves. Most workers will not vote, work for, or contribute time and money to candidates and parties that have little or no chance of winning. But once a large section of the labor movement puts their resources behind such a party, it will be seen as a party that can have a real effect on politics. Millions will be attracted to it. However, until this happens, it will be very hard to build a mass party from the ground up. This is partly due to the control of the media by the capitalists, and their electoral system, which seeks to keep other parties off the ballot and does not allow for proportional representation. But the biggest obstacle in this process is the current trade union leadership, which is tied by a thousand strings to the bosses’ parties.

Already, many workers and youth are looking for solutions to the crisis unfolding in American society and around the world. They are looking for ideas to explain what is happening and most importantly, how things can be changed. A small but growing number are rediscovering socialist and Marxist ideas. During the late 1980s and 1990s, the politicians and media proclaimed the capitalist counter revolution that took place in the former USSR and Eastern Europe as the “End of Communism,” even though it was Stalinism, not communism, that collapsed. But capitalism has not solved the problems of the people who live in those countries. It has, however, taken away their free health care, guaranteed employment, affordable housing and free higher education. These countries will be brought further down by the crisis of capitalism in the West.

In the coming period, thousands more workers and youth in the U.S. will look to the ideas of socialism and Marxism and get involved in politics. This will also have an effect in the labor movement and help in the process of building a mass labor party. Many workers and youth here are also inspired by the revolution taking place in Venezuela and across Latin America. Revolutionary struggles around the world will tend to educate American workers and help develop class and political consciousness.

Since 1976, the capitalists have tried their best to prevent deep or long recessions, but they have still not solved any of the fundamental contradictions of the system.

Some workers and youth in the U.S. have survived the last period by going into debt: education loans, credit cards, home equity loans etc. This had to come to an end at a certain point and with the collapse and crisis of Bear Stearns, Lehman Brothers, Merrill Lynch, Fanny Mae and Freddy Mac, it seems the end may have arrived. The enormous debt not only allowed the capitalists to keep the economy moving, but it served as a safety valve, as workers lived better than they otherwise would have. If the workers now have to live on what they really make, this will inevitably lead to major struggles and radicalization of the class at a certain stage, perhaps sooner than most people expect.

It should also be acknowledged that a Labor Party, although without a mass base, came into being in the 1990s in response to the right wing policies of Bill Clinton and the Republican Congress. However, there were two main reasons this party did not take off. First, the vast majority of the labor movement, under the leadership of the pro-capitalist labor leadership, would not support it. Secondly, the Labor Party could have developed at the very least as a small opposition party, but its leadership did not want to run even a few real candidates in order to spread its ideas and gain support and publicity. Therefore, this small effort did not move forward and become a mass force in U.S. politics.

At some point in the future, possibly once the Democrats win control of both the executive and legislative branches of government, there will be movements by the working class to defend against the attacks we are suffering and to fight for a better life. Once such a movement develops, the Democrats will probably move to the left, at least in words, and perhaps with a few cosmetic concessions to try to contain the movement. But due to the organic crisis of the system, and since the Democrats are owned and controlled by the capitalist class, there is only so far they can move.

Eventually, there could be a split in the Democratic Party. If this happens, a left wing split could link up with the labor movement and might form a labor party, with the former Democrats constituting the new labor party’s right wing. However, a left-wing split from the Democrats could also move in a populist direction, led by Dennis Kucinich or someone like him. It is possible that this could be the last gasp to try to prevent a genuine labor party from being formed. It is impossible to predict the future, but we can see general tendencies and must constantly re-evaluate the situation as it changes. One thing is clear, if you want to help build a labor party, you should join with the WIL now and help us in fighting for this perspective.