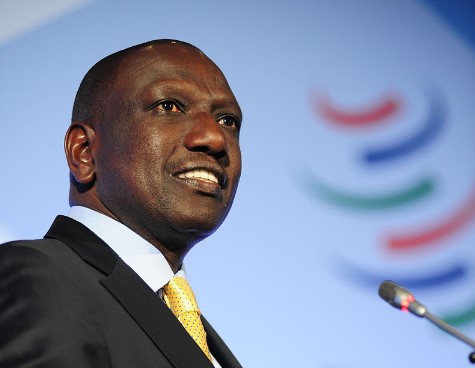 William Ruto was sworn in as Kenya's fifth president on Tuesday 13 September, a week after the Supreme Court rejected a challenge by his opponent in a close-fought election, in which Ruto received 50.5 percent of the vote against 48.8 percent for Raila Odinga. Neither of these reactionary bourgeois politicians offered any way forward for the Kenyan masses, who face increasingly intolerable conditions.

Odinga’s team made allegations that the IEBC electoral transmission system had been hacked and the results tampered with. Azimio la Umoja (“Resolution for Unity”), a political coalition headed by Odinga, further accused the Independent Electoral and Boundaries Commission and Deputy President William Ruto of colluding and “subverting the will of the people”. These claims were however thrown out by the Supreme Court, which affirmed Ruto’s victory.

This year’s election witnessed relative calm, with most people displaying apathy towards the entire process. The majority of Kenyans have dismissed the current political elite as selfish, pursuing their narrow interests at the expense of the common people. The Kenyan working class feels there is nothing to be gained from these elections, when the different factions of the elite will wine and dine together afterwards, irrespective of the result. The attitude was reflected in voter participation, with one of the lowest turnouts in recent history.

Both campaigns saw candidates use pseudo-left-wing phraseology in their efforts to win over the masses. This superficial, reactionary ‘populism’ offered no real solutions for the working class. The Azimio camp campaigned on a ‘third-liberation’ platform. According to this formulation, the first liberation brought ‘independence’ from the British colonists, while the second liberation brought multi-party democracy. The third ‘liberation’ will supposedly ‘transform’ the economy. However, the solutions offered were reformist and state welfare programs that offered no concrete challenge to the pillars of Kenyan capitalism. With the backing of the incumbent president, Uhuru Kenyatta, Odinga’s well-oiled campaign did not gain as much traction as in previous elections, with Odinga carrying the burden of the failures of the current regime.

On the other side, Ruto’s Kenya Kwanza coalition adopted a so-called hustler narrative. They demagogically exploited genuine anger from the masses at the degenerate elite, arguing that the country should not be run by the children of rich families, whose inherited wealth is based on unbridled capitalist exploitation, corruption and nepotism. Instead, the people should be represented by the ‘self-made’ sons and daughters of the poor peasants and workers, who rose from the underclass to acquire their money and power.

The Kenya Kwanza coalition struck a chord with some poor and desperate Kenyans from the more backward layers of society, who hope to one day ‘hustle’ themselves into positions of influence and privilege. With anger and frustration at the useless elites running high due to the economic crisis, exacerbated by the coronavirus pandemic and the Ukraine War; and given the lack of any genuine working-class alternative, it is no surprise that some layers of the Kenyan population bought into the ‘hustler narrative’.

Azimio and Kenya Kwanza: two sides of the same coin

The antagonism between the Azimio and Kenya Kwanza political coalitions was one of form and not content. The fact is that the two coalitions are rotten defenders of capitalism and imperialism. Freedom from the current political, economic and social problems plaguing Kenya will not come from either of these gangs. 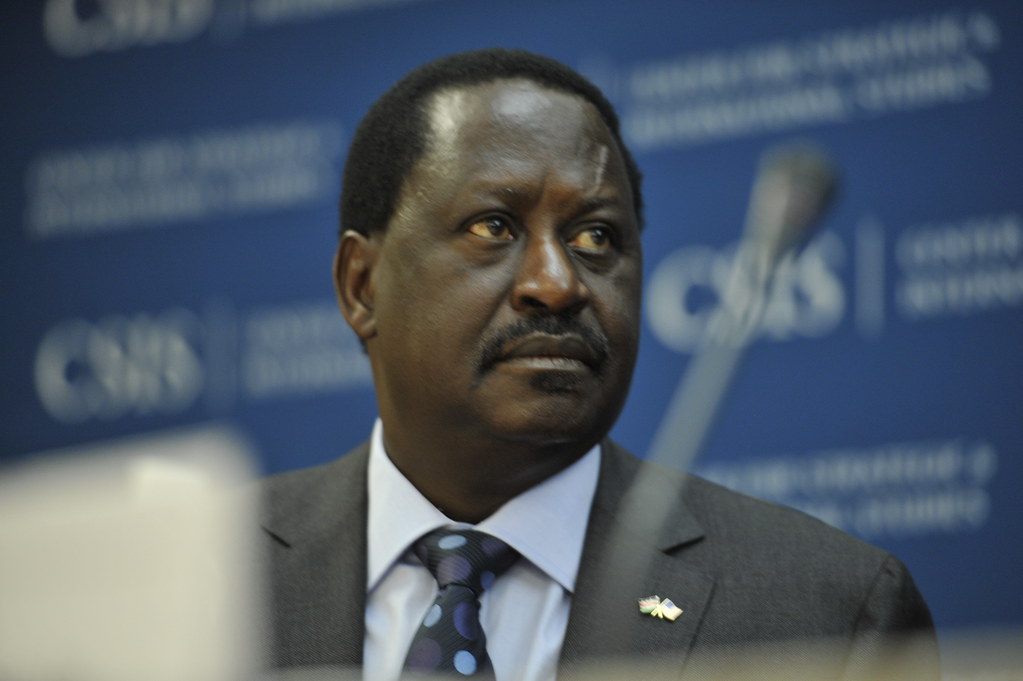 Raila Odinga lost with 48.8 percent of the vote to Ruto's 50.5, in one of the lowest voter turnouts in recent history / Image: CSIS

In fact, to struggle for social and national liberation is to struggle against the domination of Kenyan politics by these two political coalitions, which are really two sides of the same capitalist coin. This is clearly confirmed by the fact that politicians from the losing Azimio coalition have already jumped ship, even before the dust of the electoral process settles. This sharply exposes the two coalitions as empty shells with nothing to offer the Kenyan masses.

It has been 59 years since Kenya gained ‘independence’ from British colonialism and a black majority government came into power. The anti-imperialist aspirations, for which the Kenyan people shed their blood over generations, continue to be blatantly betrayed by the successive regimes that have governed the country since independence.

Bourgeois elections have taken place in Kenya since 1920, when the first election to the legislative council was held. In 1961, the first election under the present system of universal suffrage was held. Subsequent national elections in Kenya have been used and continue to be used to legitimise and perpetuate the interests of the colonial and imperialist powers, the capitalist system and the ruling elites in power.

The Kenyan Economy in Crisis

William Ruto was the Deputy President of Kenya for the last decade, under an administration that failed to address the economic crisis in East Africa's wealthiest and most stable nation. Food and fuel prices are surging, unemployment is high and public debt rising. One wonders why the solutions he presents in his election manifesto were not successful during his 10 years as vice president?

The country’s currency, the shilling, has sharply depreciated. This means Kenya's Treasury will face difficulties paying back its huge dollar-denominated debt. The public debt rose from $16 billion in 2013 to $71 billion in 2021. As a result, Kenya spends nearly 30 percent of its state revenue on interest payments. With a debt-to-GDP ratio of 69.1 percent, Kenya is classified as being at high risk of distress by the International Monetary Fund. A Bloomberg Economics assessment on 50 developing economies ranks Kenya as the sixth-most vulnerable to a debt crisis.

The World Bank and Euro bond holders account for nearly half of Kenya’s external debt, at 28 percent and 20 percent respectively, based on data from the Treasury. China, whose loans have gone on infrastructure, including the Standard Gauge Railway, is responsible for 19 percent of Kenya's external debt. The coronavirus pandemic hurt tourism, one of Kenya's foremost sources of foreign exchange, while soaring energy prices are threatening to scuttle the recovery that began in 2021. With global interest rates shooting up, it is going to become costly for Kenya to borrow more, or pay back its lenders. In addition to the global effects of war in Ukraine, Kenya is caught in the middle of East Africa’s worst drought in decades. Inflation has inched up toward 9 percent, the highest in five years, and unemployment is reckoned to be at 14 percent.

All of this is laying combustible material in the foundations of Kenyan society. An almighty crisis is being prepared, and intensified class struggle will be the inevitable result.

Despite Kenya being the wealthiest country in East Africa, most Kenyans live in poverty, unable to afford basic necessities of life. The conditions became so unbearable that Kenyans took to the streets in early July in what was dubbed the Njaa Revolution. Hundreds poured into Nairobi to protest the high cost of living, saying the price of basic commodities including cooking oil, maize flour, wheat flour, and sugar had doubled, putting pressure on households struggling to make ends meet.

The protestors, who were carrying sufurias, empty packets of sugar and flour, traversed Nairobi’s Central Business District and terminated their protests at the Office of the President at Harambee House. The protests led to the government announcing subsidy measures for maize flour, which only worsened the situation, with an artificial shortage of maize flour leading to the suspension of the programme. The economic crisis in Kenya is a clear indicator of the failure of capitalism in Kenya.

The sham of democracy and a degenerate ruling elite

The whole history in Kenya shows that no real change can be expected within a capitalist system. Not only the two main coalition candidates, but all four candidates up for election in the presidential race, were united in their capitalist and pro-imperialist policy. The national elections have become meaningless rituals: a revolving door to elect this bourgeois scoundrel or the other. 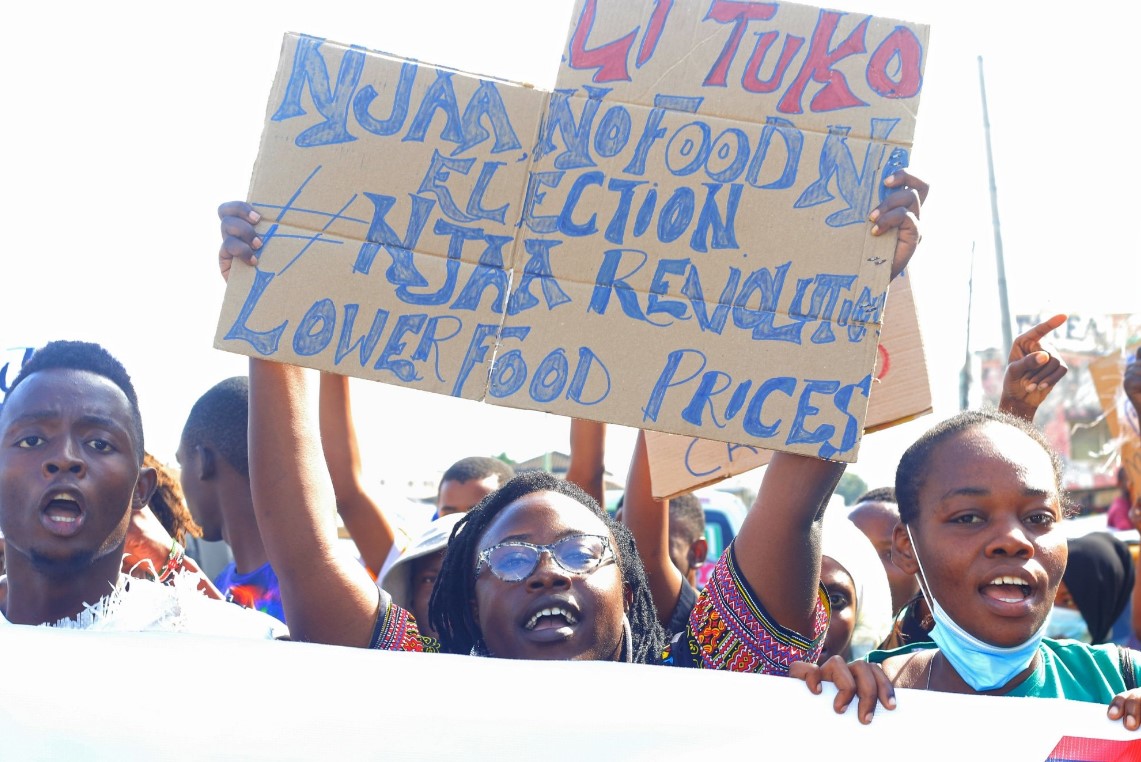 Kenyans took to the streets in early July in what was dubbed the Njaa Revolution / Image: Magharibi Centre

Both of the leading presidential candidates have been accused of corruption and theft of public property. The other two are non-entities. George Wajackoya became a talking point on social media and beyond because of his proposals of how to deal with corruption, including death sentences for corrupt government officials and judges, and the legalisation of marijuana for commercial industrial use to help cure the ballooning public debt. He also proposed rearing venomous snakes for antivenom harvesting, largely for export; and exporting dog meat and hyena body parts to Asian countries.

Meanwhile, David Mwaure Waihiga was running on an empty platform for ‘new leadership in Kenya’, calling on voters to stop electing the same leaders who have been in power since independence. But this former lawyer was not seen as an alternative, and failed to connect with anyone. Wajackoya and Mwaure received less than 1 percent of the vote between them.

After the swearing in of the president elect, preparations and campaigns for the next general elections in August 2027 will begin in earnest, and all the promises made today will be forgotten. This so-called democracy maintains a system of exploitation and oppression, and the betrayal of the majority of Kenyans by the few elites, while advocates for change have been imprisoned, tortured and killed.

Need for a revolutionary alternative

The struggle in Kenya for true democracy means a fight against the capitalist system and imperialism. There are huge class contradictions within our country. While the political elite live lavish lives and engage in a frenzy of looting and theft, the conditions of the working masses have either stagnated or worsened.

The problem is that there is no genuine revolutionary movement or party in Kenya, which could lead the working class and the oppressed out of this quagmire. The building of such a movement is the most urgent task facing the working class and the revolutionary youth of Kenya today. In Kenya, the struggle for socialism has been deleted from official history and from public consciousness by the ruling class, backed by Britain and USA. They ensured that capitalism was imposed on people after independence and that the voices of those advocating socialism were suppressed. The Kenyan masses need to rediscover their revolutionary traditions.

What is needed is a working class-based movement, with bold socialist leadership at its head, that will not only identify capitalism and imperialism as the source of Kenya’s ills, but work towards their eradication. Today more than ever, a revolutionary organisation based on Marxist theory and method is needed in our country, to lead the working-class to final victory when the time comes. The true liberation of the Kenyan people can only come about when the struggle for real democracy is combined with a revolutionary struggle against the degenerate ruling elite and their imperialist masters, for a socialist alternative.