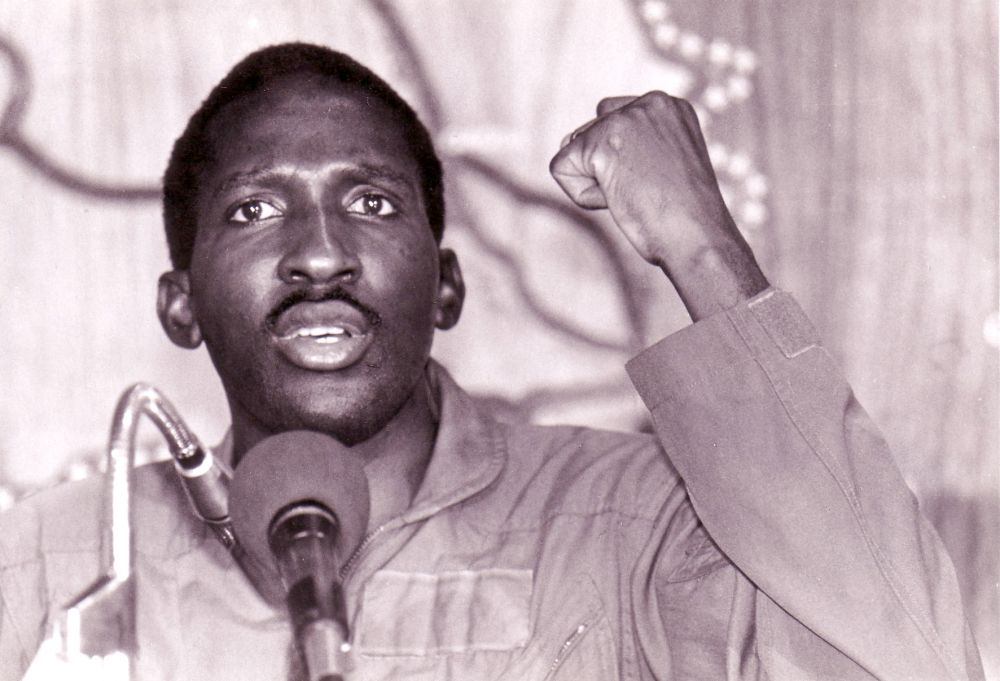 In the aftermath of the September coup, which was defeated by a spontaneous general strike of workers and mass mobilisations in the streets, the hated RSP was eventually disbanded. Diendéré was then arrested after initially attempting to hide in the embassy of the Vatican.

News of the arrest and prosecution of Diendéré was welcomed with enthusiasm by the revolutionary masses. Diendéré is an omnipresent figure in Burkinabé society and has been a key element of the counter-revolution for the past thirty years. Although he participated together with Thomas Sankara, Blaise Compaoré, Jean Baptiste Lingani and Henri Zongo in the left-wing coup of August 1983, which brought Sankara to power, while the other four stood in the limelight, Diendéré always preferred to operate in the background.

After four years under Sankara of the most sweeping revolutionary changes in the history of the continent, which included the expropriation of the landlords and capitalists, and the repudiation of the debt owed to the IMF and the World Bank, French imperialism decided that the revolutionary regime posed a most serious threat to its interests in the region.

The final straw came when Sankara attempted to export the revolution by advocating that other African countries follow his example of repudiation of the debt. The problem that they faced was that they failed to corrupt Sankara and so they had to find other members within the regime that they could  influence.

Eventually they succeeded in influencing Compaoré, who had been instrumental in getting Sankara released from prison prior to the 1983 coup. On account of the role that he had previously played, Compaoré had always considered himself to be the leading member of the regime. The truth was that there had always been different wings to the Sankara regime, one genuinely revolutionary that wished to go the whole way in transforming society along socialist lines, and another that wished to hold the revolution back and at best push for bourgeois-democratic demands, i.e. to maintain capitalism intact.

These two wings could not cohabit for too long. The imperialists were fully aware of these divisions and realised that their best bet was to corrupt one wing of the regime and use it to remove Sankara as a means of overturning his radical policies.

Thus, in collaboration with French imperialism and the regime of the Ivory Coast, Compaoré carried out the coup of 15 October 1987 in which Sankara and 12 other members of the government were killed. 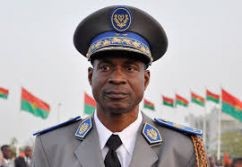 Gilbert DiendéréA key figure in this plot was Gilbert Diendéré. Diendéré, a lifelong friend of Compaoré, was much closer to him than to any other member of the regime. The son of a military man, Diendéré had always been more attracted to the military-technical side than to the ideological and political side of the revolution. This was similarly the case, although to a lesser extent, with Lingani and Zongo.

Sankara began to become aware of this problem. In what proved to be a prophetic statement, he once stated that “a soldier without any political or ideological training is a potential criminal.’’ It is more than likely that was a direct reference to these three men. In the end, precisely this lack of political and ideological training of key figures at the top proved to be the regime’s main weakness.

The lack of cadres trained in the ideas of revolutionary Marxism and the fact that no mass revolutionary party had been built, meant that power resided in a small military clique in which personal ambition came to play an increasingly big role. In particular the petty personal ambitions of Compaoré were well suited for the counter-revolutionary designs of imperialism and the local  African and Burkinabe ruling classes.

This can clearly be seen in the aftermath of the 1987 coup. When Sankara was in power he never contemplated promoting himself from the rank of captain. However, when the RSP was formed following Sankara’s murder, Diendéré was promoted to the role of general and became the second most powerful man in the country.

The RSP was created solely as a means to protect the interests of Compaoré and his clique. Diendéré was the man to play the role of enforcer. In every major event which furthered the interests of the regime or which posed a threat to it, his role was instrumental.

In 1989 he alleged that Jean Baptiste Lingani and Henri Zongo were plotting to overthrow Compaoré by blowing up the presidential plane. Lingani and Zongo were immediately arrested on the orders of Diendéré and summarily executed by firing squad. This act consolidated Diendéré’s position as the main enforcer behind the Compaoré regime. The Presidential Protection Regiment under Diendéré would become the most powerful and most feared organisation in the country and the bulwark of the counter-revolution.

All of this, however, changed in October 2014. The popular uprising which overthrew Compaoré was the beginning of the end for the RSP. The coup carried out in September of this year was an attempt by Diendéré to negotiate a way out for himself and those elements of the regime which were closer to the RSP.

On the basis of the pressure of the masses this section of the old regime had been excluded from the elections. But there was another reason behind the coup: it was carried out on the same day that the findings of the forensic investigation into Sankara’s death were to be made public. This was no accident. It was a desperate measure by Diendéré to save himself from prosecution. In the end he merely achieved the opposite and provoked a movement of the masses from below. In fact it was the revolutionary mobilisation of the masses, which led to the intervention of the regular army, that thwarted his attempt.

The 2014 uprising could have overthrown the whole regime, and with it could have removed capitalism itself, but lacking a leadership up to the task, the masses managed to bring down the old regime but without doing away with capitalism itself. This created a vacuum has temporarily been filled by elements from the old regime who are now pretending to be “democrats”. And part of this democratic facade involves being seen to grant justice to the masses in the form of the investigation into the murder of Sankara and to proceed against his murderers.

Soon after the coup was defeated, Diendéré was arrested and his assets confiscated. He was charged with “attacking the security of the state’’ and treason. The news of his arrest was greeted with celebrations by the masses and soon after the notorious presidential guards were formally disbanded and the transitional government of Michel Kafando was restored.

In the end, all the special training of the RSP at the hands of US and French imperialism could not save them from the determined struggle and mobilisation of the revolutionary masses. This once again shows that the state apparatus is no match for a determined struggle of the masses to change society.

The revolution in Burkina Faso has now entered a new period. On 29th November, Roch Marc Christian Kaboré was elected as the country’s new president with 53% of the votes. Members of Compaoré’s Congress for Democracy and Progress party (CDP) were effectively barred from running for the presidency. This means that the wing of the regime, which was formerly in “opposition’’ to Compaoré before his overthrow, is now in power.

However, there is no fundamental difference between Kaboré and Compaoré. In fact, Kaboré was a close ally of Compaoré. Kaboré’s party, the Movement of People for Progress (MPP), also contains many former members of the CDP who abandoned that particular sinking ship prior to the revolution of 30th October 2014.

The election of the first civilian president in 50 years will inevitably raise bourgeois democratic illusions among the masses. This is understandable. On the basis of the cold reality of capitalist crisis, however, the elections will not solve the fundamental problems facing the masses. Burkina Faso is one of the poorest countries in the world. In the midst of the relentless crisis of global capitalism the election of a pro-capitalist government means that the government will inevitably attack the living standards of the masses. This will therefore mean, as a matter of necessity, that sooner or later the masses will again have to take the revolutionary road to defend their interests.

The masses will inevitably fight to protect the gains of the revolution, including the democratic gains. They will put all politicians and all parties to the test, but on a capitalist basis there is no future for the masses.

At this point we cannot overlook a particularly interesting scenario: the demise of the RSP at the hands of the revolution has left a big vacuum. The most reactionary wing of the regime has now been heavily defeated. As such, the entire regime now finds itself essentially standing on one leg. Over the last 30 years the RSP played the role of counter-weight to the ordinary soldiers, the junior officers and the rank and file troops, whom Compaoré feared. But this crutch was kicked away after the coup was defeated in September.

We should not forget that the RSP was overthrown by rank and file soldiers with the help of the popular mobilisation of the masses in the streets. In actual fact, the state apparatus now rests on the ordinary soldiers who were marginalised by Compaoré in favour of the RSP over the last 30 years. With the acute crisis of Burkinabé and global capitalism, the lack of a revolutionary party and the peculiar history of Sankarism, this could hold important implications for the future.

The unfolding Burkinabé revolution over the last year has had mammoth implications for the entire African continent. The popular uprising which overthrew Compaoré and the mass mobilisations to defeat the coup have enormously raised the consciousness of the masses. Every victory of the revolution is due to the heroic efforts of the masses in the streets, and this is not lost on the masses throughout the whole of the African continent. It is an indication of what is to come in many other African countries.