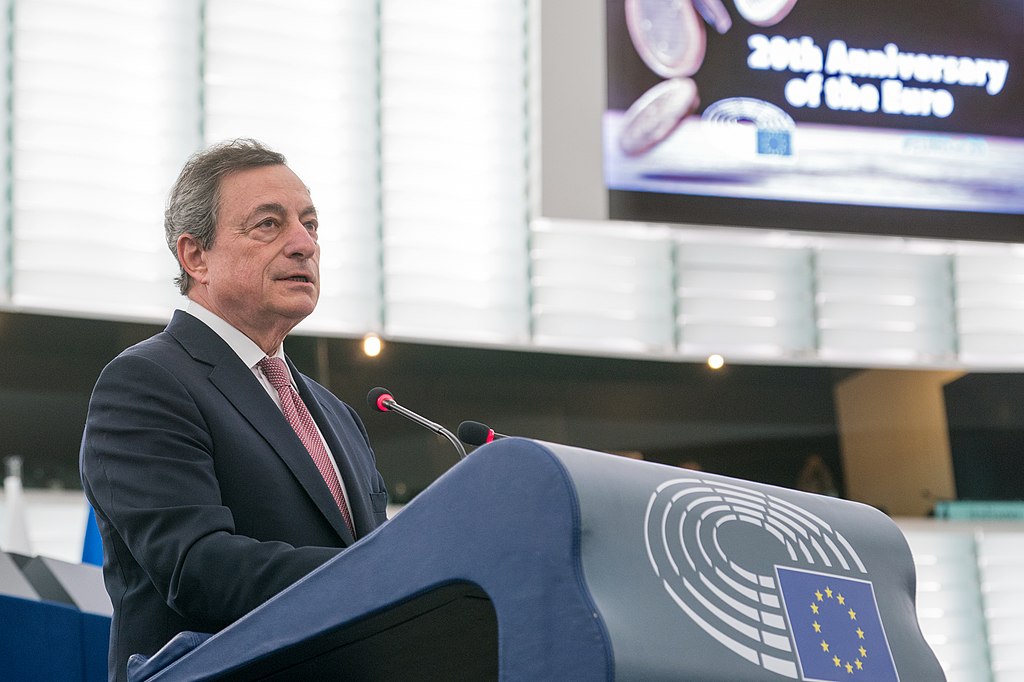 The Italian bourgeoisie is celebrating an economic ‘recovery’, and preparing to take advantage of the lifting of lockdown measures to maximise their profits at the expense of workers’ wages and conditions. The labour movement must organise a concerted fightback.

The trumpets are sounding, the economic recovery has started. ISTAT (the Italian national institute of statistics) declared that the turnover of Italian industry is higher than the level reached before the pandemic. The European Union has approved Prime Minister Mario Draghi’s Recovery Plan. Draghi himself speaks of a “dawn of recovery”. Health restrictions are about to end. Optimism is in full flow.

The bosses smell profits, and they want a free reign to do away with restrictions and regulations. There is a recovery but it is not certain how long it will last. As demand increases therefore, the bosses are determined to immediately squeeze as much as they can out of the workers.

Not satisfied with having obtained a lifting of the moratorium on layoffs, the bosses are now launching a full-blown offensive on wages, rights and working conditions.

Billionaire moguls like Guido Barilla have come out and attacked young people who are “too attached to benefits”, urging them to “get involved”. That is, to find a low-paying job.

“Many people have discovered that staying at home on the dole is more comfortable than getting involved looking for jobs that are probably even worse paid,” he says. “There is an attitude of slacking off on the part of some people. I hope this ends, because everyone’s energy is needed. I appeal to young people: do not sit back and enjoy easy situations, have the strength to give up easy benefits and get involved.”

This isn’t just the remark of one fat cat, unused to caring about the fate of the common people. Already a year ago, the president of the bosses’ organisation Confindustria, Carlo Bonomi, launched a campaign against what he called “Sussidistan” (‘the country of benefits’).

From heroes to cannon fodder

At the height of the pandemic it was necessary to flatter the workers, calling them “essential” and “heroes”. Now that the most dramatic period of the pandemic has passed (for now), the bosses have immediately returned to their old ways with redoubled arrogance.

Restaurant owners, hoteliers, big and small entrepreneurs, form a noisy and arrogant chorus that says: “accept what we give you because you will not get any more.” Far-right Lega leader, Matteo Salvini, has also joined in. For him, “there are no bosses who are exploiters”, and 600 euros a month is a reasonable and acceptable wage. 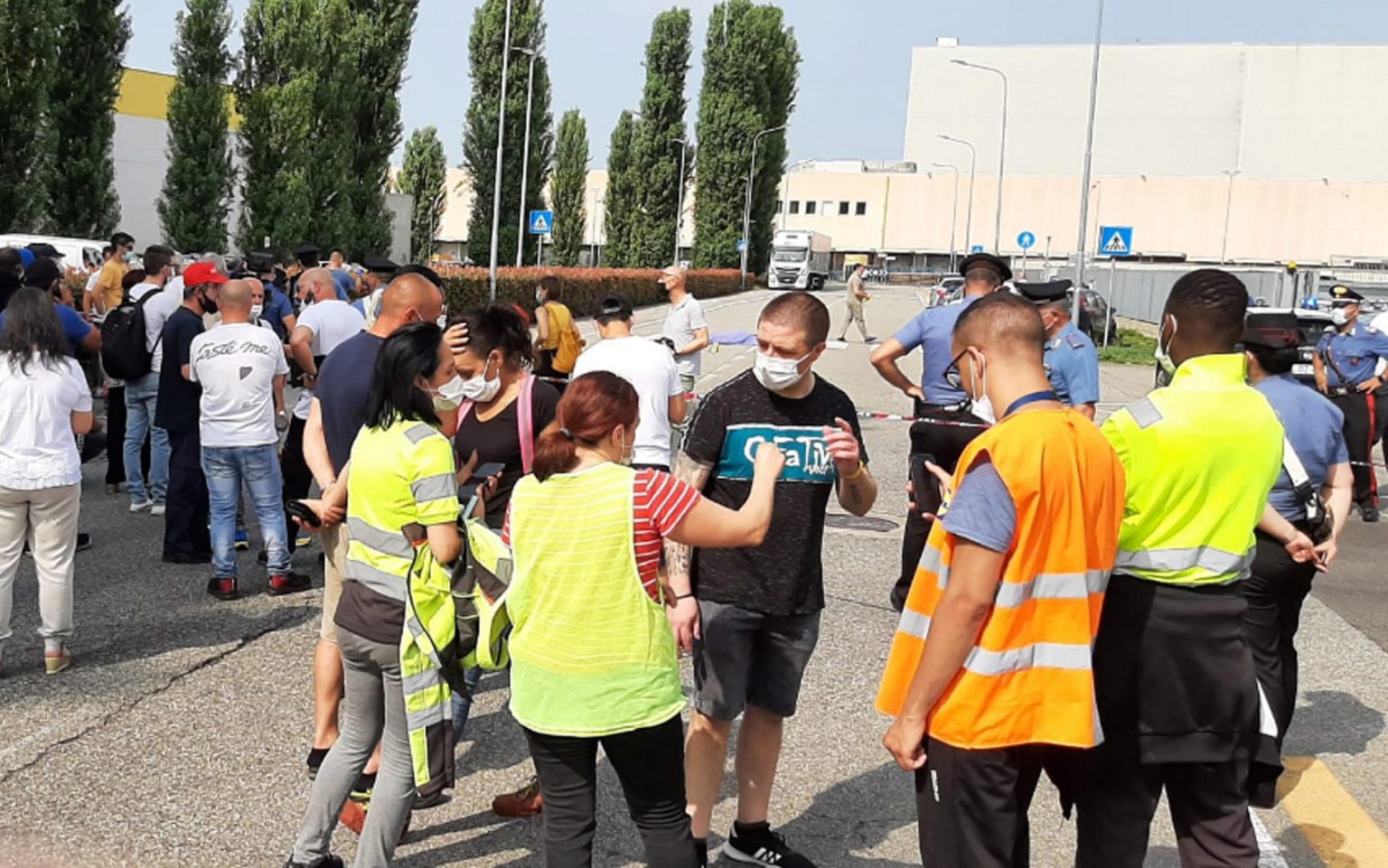 There is a general atmosphere of retaliation by the bosses following the pandemic, which ruthlessly exposed class divides in society / Image: Giornate di Marzo

There is recovery, yes, but one at the expense of the working class. The rise in workplace deaths is the clearest indication of this. The death of Luana D'Orazio (a 22-year-old woman who died at work, entangled in the machinery of a textile factory) made headlines in the media. But this is just one case: in the first four months of the year there were 306 workplace deaths, up 9.3 percent compared to last year.

A few days ago, in Rovato (Brescia), a 16-year-old boy on a young apprentices scheme organised by his school, had a very serious accident while working on an elevated platform after protections were removed from a machine in the factory.

These forms of neglect are acts of murder by the capitalists, just as surely as killing by the sword and the bullet, as Engels once wrote. The same was true of the tragic cable car collapse in Mottarone on 23 May, just weeks prior to the accident in Rovato, after a brake was removed so as to squeeze in a few additional days of rides. In all these instances, profit was prioritised over human lives.

It is this general atmosphere which explains the murder of Adil Belakhdim, killed during a picket in front of one of the many logistics warehouses, where workers face abysmal wages, rights and contracts.

The killing in front of the Lidl warehouse in Biandrate is the fruit of a social climate in which the bosses are seeking to retaliate. We must not forget that for the capitalists of this country, the pandemic not only meant losing turnover and profits (which, moreover, were largely covered by state aid). It also involved a great deal of fear. Suddenly the true nature of class relations in society stood out in sharp relief.

The pandemic clearly spelled it out: “the workers are essential, the bosses are not.” Even if only semi-consciously, this truth was grasped by millions of people. It is against this mood that the bourgeoisie is reacting today, whilst taking advantage of the raising of restrictions and of the economic recovery.

But the fat cats have miscalculated. The people have not forgotten the recent past – their attempts to avoid a lockdown, to get people to work regardless of the pandemic. But even more than in the past, the coming period will expose the real character of the ruling class.

This recovery is not only built on increased exploitation, but also on the hand-outs of the state spending policies that will have profound consequences. Every country, from Europe to the US to Japan and China, is flooding the market with money in an attempt to stimulate the economy and sustain demand and profits.

But if this policy can have a positive effect in the short term, in the longer term it will result in the return of inflation, which we have not seen for decades, at least in the advanced capitalist countries. Already in May, inflation in the US reached 5 percent on an annual basis. This is only the beginning.

Inflation means that all fixed incomes, from wages to pensions, are being eroded daily by rising prices.

When we consider that this comes in the context of already low Italian wages, and the extent of low-paid work on precarious terms, we are talking about a match being thrown on to a powder keg. There are already 5.6 million people living in absolute poverty in Italy.

This economic recovery is not going to solve any of the problems that the masses face, but will instead put increased pressure on the working class, which will not take it lying down.

Labour leaders must get off their knees!

In the last year, the leadership of the CGIL trade union federation has fallen into disastrous paralysis, clinging desperately, first to the Conte government and then to Draghi, begging for a seat at the negotiating table, producing tons of paper protocols and trying to avoid any prospect of social conflict.

They hastily signed the renewal of miserable bargaining contracts across the country in order to forestall working-class mobilisation. The union leaders launched daily appeals promoting “good common sense” and “collaboration”. 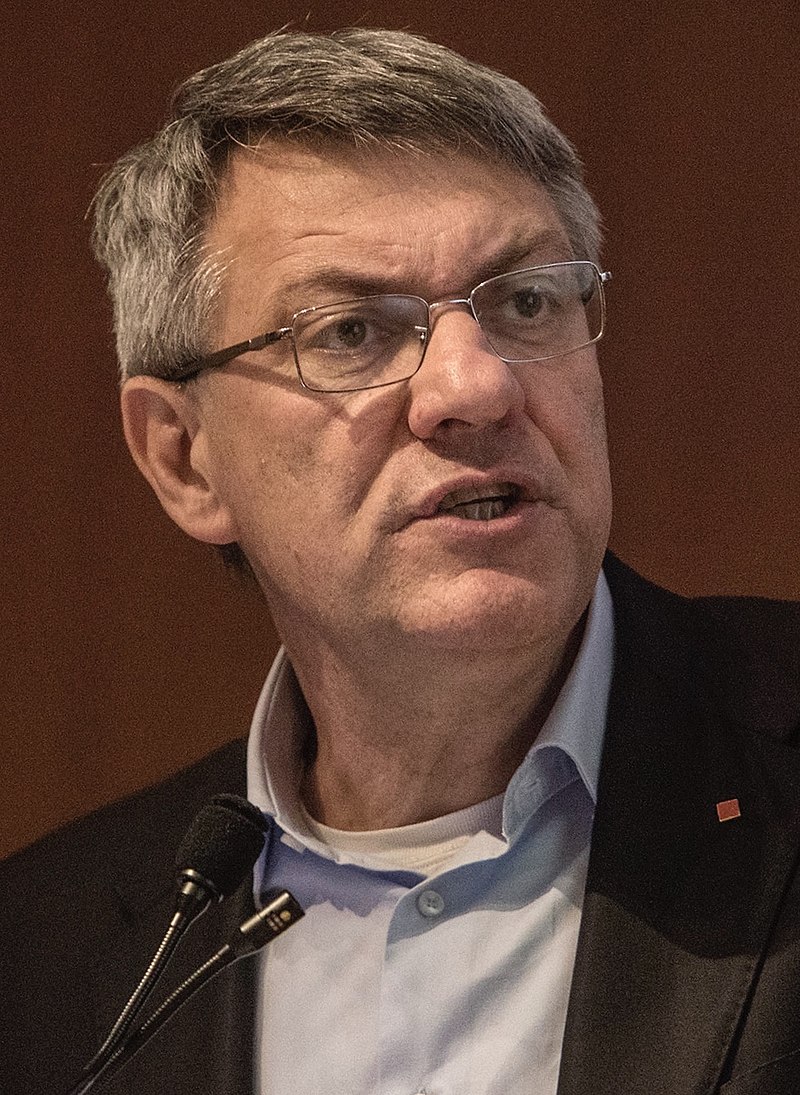 Secretary of the CGIL, Maurizio Landini, correctly summed up the situation, but what is needed is a perspective of struggle / Image: CGIL

But this disastrous policy is now at an end. If the union leaders had certain illusions under the second Conte government of exerting a certain influence over the situation, with Draghi the music changed. They are being given no influence over important decisions.

On the other hand, tension is building among the workers, as shown by the strikes called in protest at the death of Belakadim. There are dozens of factories where the RSU (shop stewards committees) are calling strikes and meetings, from Bonfiglioli in Bologna, to Stellantis in Pomigliano, from the UPS in Milan, to Tenaris in Dalmine, to name a few. Fiom-CGIL also supported these actions, calling a two-hour regional strike in Emilia-Romagna.

This is an important development, which shows how the trade union apparatus feels that the rug could be pulled out from under its feet, unless it acts. The secretary of the CGIL, Maurizio Landini, expressed as much in the newspaper la Repubblica (June 20):

“Ours is a democratic Republic – it is written in the Constitution – founded on labour. But now the exploitation of labour, precarity and insecurity rule. We went from the protection of labour to contempt for labour. Let's try to line up three recent news stories: the machine on which poor Luana worked, the braking systems of the Mottarone cable car, and finally the death of Adil. They are linked by the same logic: life and work is bent to the market and profit, not to benefit the people. (…)

“A metamorphosis of the relationship between capital and labour has been going on for more than 20 years. Until now, the logic of the market and profit has prevailed such that labour has been progressively devalued: low wages, cuts in investments in research and innovation, poor training, stagnant productivity.

“And it didn't happen by chance. A sequence of laws has led to where we are now: the intermediation of labour, once prohibited, has been re-legitimized. An infinite series of short-term contracts has been legalised, with the logic of the maximum drawdown, to guarantee the profit of the companies, but not the rights and dignity of those who work. The jungle we find ourselves in was born out of a series of unjust laws.

“The CGIL opposed all these laws and put forward alternative proposals. The pandemic has accelerated everything, accentuating the forms of inequality, between rich and poor, between protected and precarious jobs, between men and women, between young and old, between North and South.”

Landini's characterisation is correct, but what is completely missing is an answer, or marching order for the clash that is being prepared. The appeals to the government, to parliament, to “save democracy” are utterly hollow.

It is necessary, instead, for the union to seriously organise in the factories, to listen to the workers and to develop a programme for the defence and improvement of the general conditions of the working class as a whole.

Fighting precariousness, raising wages, defending jobs at risk, reduced working hours on the same wage, pensions, schools and health. This war must be waged on all fronts. We need a general struggle of the labour movement as a whole, up to a general strike.

It is not a question of calling for a symbolic or improvised mobilisation. Instead, a clear, coordinated strategy is needed, which tightens the ranks of the working class and puts all its potential forces in place.

A year ago, we fought to defend the workers’ health, with the slogan that “workers are not cannon fodder”. Today, we must fight not to become the cannon fodder of an economic recovery based on the maximisation of profits through exploitation and injustice.