Details
In Defence of Marxism
27 February 2009

Israel & Palestine
Share
Tweet
We have been contacted by a student leader in Israel, asking us to protest about the arrest of Samieh Jabbarin of the Abnaa elBalad movement and hundreds of Palestinian youth. We publish here the letter appealing for help together with a brief article explaining the situation.

We have been contacted by a student leader in Israel, asking us to protest about the arrest of Samieh Jabbarin of the Abnaa elBalad movement and hundreds of Palestinian youth. We publish here the letter appealing for help together with a brief article explaining the situation.

First I would like to thank you for the enriching books and materials. Second I would like to inform you about a huge wave of political persecution of Palestinian activists inside Palestine 1948. Hundreds were arrested among them youth under the age of 18. I would like to ask you to send solidarity appeals according to the information below.

Comradely and sincerely yours, 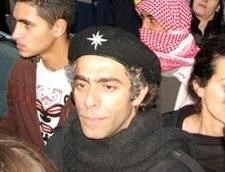 Samieh Jabbarin of the Abna elBalad movement has been arrested by Isreali police as part of a wider campaign of repression against Palestinian youth.

On February 10, the day of the elections for the Israeli Knesset, a new stage was reached in the blatant racist approach of the Israeli state towards the Arab Palestinian masses that live in Israel and are citizens of Israel. One of the most violent and outspokenly racist leaders of the Israeli far right, Baruch Marzel, was nominated by the national election committee to be head of one of the polling stations in Um elFahm, the second biggest Palestinian city in Israel. The Israeli authorities claim they are democratic, but their concept of democracy seems to be rather limited.

Baruch Marzel openly advocates the expulsion of the Arab population from Israel and he and his group are renowned for organising small crowds shouting “death to the Arabs”. On Election Day, the mob around Marzel was mostly made up of the official police, with special border guards and mass oppression units, sent in by the state to protect these openly fascist elements.

But the local Palestinian population had organised pickets at all the entrances to the town, which forced the police to back off, escorting Marzel away. However, they returned later with a colleague of Marzel, Knesset member Eldad, who was supposedly there to man the polling station. As news of his presence spread people started gathering around the polling station, forcing the police to escort Eldad away. But in the conflict that ensued Samieh Jabbarin, of the Abnaa elBalad group and another Um elFahm resident, Ibrahim Mahajne, were arrested. They are still being held in detention.

Samieh Jabbarin has been active in organizing Yaffa’s poor Arab population against various attempts by the Tel Aviv municipality and Israeli contractors to expropriate and expel them to make space for “development” plans for the rich Jewish elite. 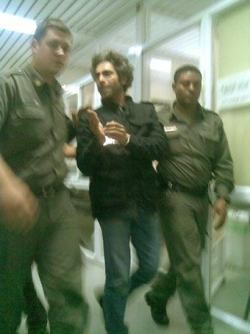 This act of repression is part of a wider clampdown on Palestinians in Israel. During the recent invasion of Gaza, Palestinians in Israel organised big demonstrations against the war. The Abnaa elBalad group played an important role in organizing and leading these demonstrations throughout the country. In Tel Aviv and Haifa Abnaa elBalad forged an alliance with progressive elements within Jewish society against the war, in opposition to the “Zionist left” which covered up for the massacre.

As Abnaa elBalad have stated, “During this period Samieh was called for several ‘warning’ interrogations. He was clearly warned that on the next occasion he would be framed and arrested.”

The response of the Israeli state to protests by the Palestinians in Israel against the invasion of Gaza has been to step up repression, and to this day many of those who organised and took part in those protests are in prison. In the case of Samieh and Ibrahim special efforts have been made to keep them in prison, with the Judge extending their detention in order to make sure they are not released until all legal proceedings are completed.

[NOTE: The above text is a shorter edited version of material provided by the Abnaa elBalad Movement. Although we may not agree with all the political positions of this movement, we feel it is our duty to express protest against these repressive measures and solidarity with the activists concerned.]