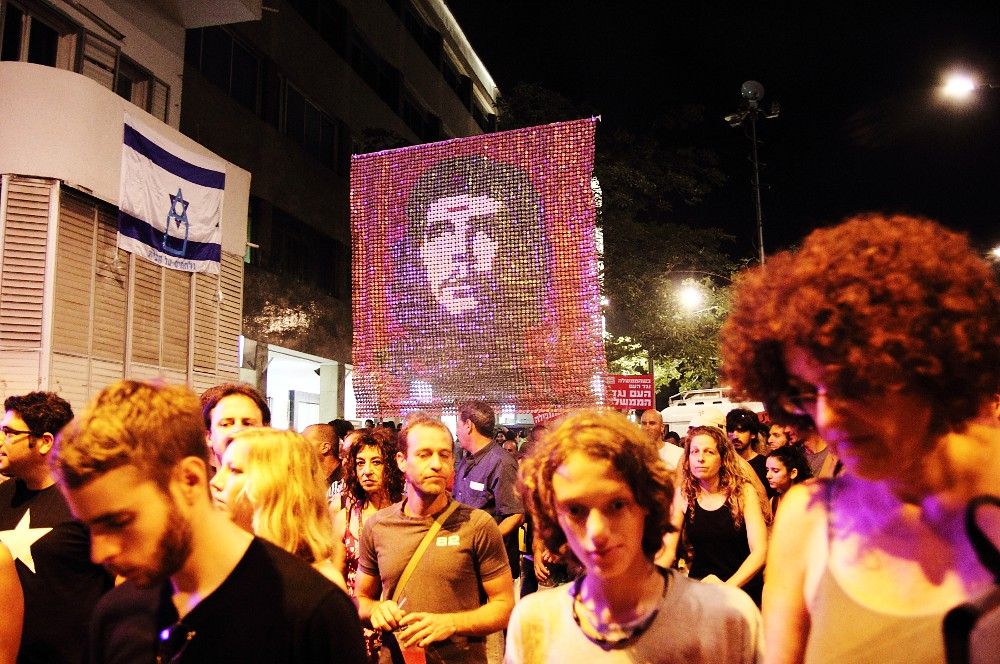 The social protest movement in Israel, after a hiatus, is now planning to gather one million people in Tel Aviv on September 3. The ruling class is certainly worried by this prospect and the Israeli railways have announced that they will shut down train services between Tel Aviv and Jerusalem, and between Tel Aviv and Be'er Sheva, supposedly for "for maintenance work". Clearly this is a manoeuvre to try and weaken the mobilisations that are being prepared.

The government of Israel is seeking all kinds of measures to weaken the massive protest movement that erupted this summer. In this context a spate of terrorist attacks, launched by fundamentalist groups in Gaza, has also helped the Israeli ruling class to cut across the movement and put “security” back at the top of the agenda. But how long can this last?

The self-appointed “leaders” of the movement have played a role in the sense that their lack of programme and perspectives have helped to sow confusion. Firstly, they called a halt to the massive demonstrations in Tel Aviv, in favour of smaller, local demonstrations. The Tel Aviv demonstrations, the last of which numbered close to 300,000, provided a focal point for the movement, bringing people together, emboldening their demands and helping spread radical ideas.

Secondly, in an attempt to divert the movement along a “safe path”, the Students Union leaders, along with the rest of this unelected leadership, moved to form “committee of experts”, counterposed to the government’s own Trajtenberg Committee, to try to solve Israel’s problems by tweaking the system here and there. Naturally, this committee comprised economists, legal figures, academics, and other bourgeois figures, and is incapable of getting to the roots of the problem: the dependence of this tiny country on US subsidies, rendering it an instrument of imperialist foreign policy; the occupation of Palestine and the division of Jewish and Arab workers; and, fundamentally, the world crisis of capitalism that forces the capitalists to attack workers’ living standards in defence of profit.

Most Israeli workers and youth can see that such a committee, limited to haggling with the government over the crumbs on the table, can fundamentally change nothing. With no genuine mass workers’ party available to the workers and youth, and the Communist Party still a small force, the movement can be pushed back temporarily for lack of leadership. But the contradiction is this: the huge movement has opened a Pandora’s Box, showing the masses their own strength and broadening their horizons. Nothing has been solved. Sooner or later, as the masses digest the lessons of this first wave of activity, the movement will erupt again, but on a much higher political level, with new leadership and a much more revolutionary programme.

Terrorism and the “security agenda”

A recent spate of horrific terrorist attacks has drawn the predictable violent response by the Israeli state. On August 18, gunmen opened fire on a bus in southern Israel, killing eight Israelis. The IAF responded by bombing targets in Gaza, killing a number of Palestinian civilians.

This recent escalation is like manna from heaven for the Israeli ruling class, keen to cut across the radical feeling in Israel and once more fool Israel’s poor into uniting with its millionaires in the face of the “external threat”. Marxists are not conspiracy theorists, and we do not suggest that Israel somehow staged these terrorist acts to create an excuse for military action; instead, we understand that the interests of Hamas and the fundamentalists mirror those of the Israeli ruling class.

Hamas and the Israeli state have one thing in common: they are opposed to any movement that unites workers and youth across the ethnic divide. The reason is very clear: a united movement of the workers and poor would be a threat to both the Zionist ruling class in Israel and the corrupt leaders of the Palestinians.

The kidnapping of BBC journalist Alan Johnston in 2007, and his subsequent release, shone a light on the nature of Hamas’ rule in Gaza. Hamas negotiated with, bribed and fought rival gangs, securing the unfortunate man’s release as a means of stamping their authority on their rivals.

The corrupt rule of Hamas has nothing to offer the people of Gaza, except poverty and violence. It can only retain a semblance of loyalty and respect in the eyes of the Palestinians by posing as the “liberation army” standing up to the occupier, fighting for freedom. Without the occupation of Palestine and oppression by the Israeli state, Hamas would be finished.

The same of course applies to the Israeli ruling class. As we have explained previously, the serious crisis of Israeli capitalism has left government, politicians and “tycoons” alike loathed by the masses. The seemingly implacable enemies, the Israeli State and the Fundamentalists, have the same interest – maintaining the divisions between Jewish and Arab workers and poor. The fact that many Israeli Arabs were beginning to participate in the movement in Israel, with obvious repercussions amongst the Palestinians in Gaza and the West Bank, made an escalation of violence and division a temporary way out for both the Israeli ruling class and Hamas.

But it is only a temporary way out. Nothing has been solved, and neither Netanyahu nor Hamas can hope to garner much loyal support for another round of violence. In Israel, the mood has changed fundamentally, and this is bound to have an effect within the labour movement. As we discussed previously, a number of separate militant strike actions have occurred over the past few years in Israel, but the protests have served to show workers their strength, to embolden them, to make plain that they are not alone; the union leadership will come under pressure to organise national action and make political demands. We could well see extremely militant general strikes over the next period, taking on a political character. The mobilisation that is being prepared for this coming Saturday is part of this process.

All this will have its effect on the political plane as well, as workers’ militancy demands workers’ representation. The union leaders will be forced to confront this question of genuine political representation of the interests of the working class. The growth and profile of the Israeli Communist Party indicates that a layer of workers and youth is looking to the left for a way out of the impasse they face.

Amongst the Palestinians too, the sight of Israelis taking to the streets is bound to have an effect. The greed and corruption of Israel’s millionaires is mirrored by the supposedly “Islamic” leaders in Palestine. Under these conditions, a Third Intifada would have a very different character to the previous two, linking up with a radical mood within Israel.