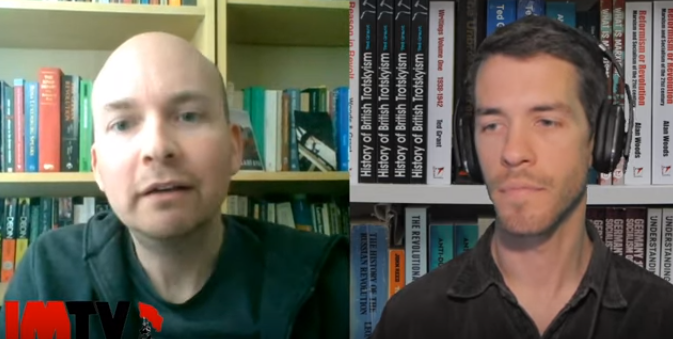 IMTV held an interview with Paul Murphy, TD (MP) for Dublin South West in the Irish Dáil (parliament), in which we discussed the coronavirus and the political crisis unfolding in Ireland. If you missed it, you can catch the recording here on marxist.com!

Murphy was reelected as a representative of RISE in the election on 8 February. That election dealt a shattering blow to the old two-party system and saw Sinn Féin emerge as the party with the most votes, while the two right-wing parties that have dominated Irish politics for a century, Fianna Fáil and Fine Gael, were relegated to second and third place respectively.

The coronavirus outbreak has temporarily cut across these developments. Taoiseach Leo Varadkar has been keen to paint himself as a Churchill-like character, standing for "national unity". He has tried to use the crisis to apply pressure to other parties to support a "national government", excluding Sinn Féin.

As is often the case in times of war, there has been accompanied by a certain rallying behind the national leader, but this will prove shortlived. Whilst today Varadkar has been forced to stabilise the regime by making important concessions, including guaranteeing 70 percent of workers' wages and temporarily taking over private hospitals, just yesterday the government was attacking the working class viciously. A year ago, Varadkar's government was busy demonising striking nurses. Now the same government is praising the same workers to the heavens.

Once this crisis is over, the ruling class will attempt to claw back the concessions they are now forced to give. Concessions given today by piling up fresh debt will be paid for tomorrow with fresh rounds of austerity. This won't be an easy undertaking as it will meet the resistance of the Irish working class. In the long run, this pandemic will massively amplify the contradictions in Irish society.

Since the coronavirus crisis broke, Paul Murphy and RISE have campaigned against the bosses who have tried to profit from the crisis and who are putting profit before human lives. They have exposed practices of "price gouging" and have demanded that nonessential industries are closed despite bosses trying to keep going for the sake of profit. They have also demanded the provision of proper protective equipment for workers and a moratorium on rents. Watch the recording below.