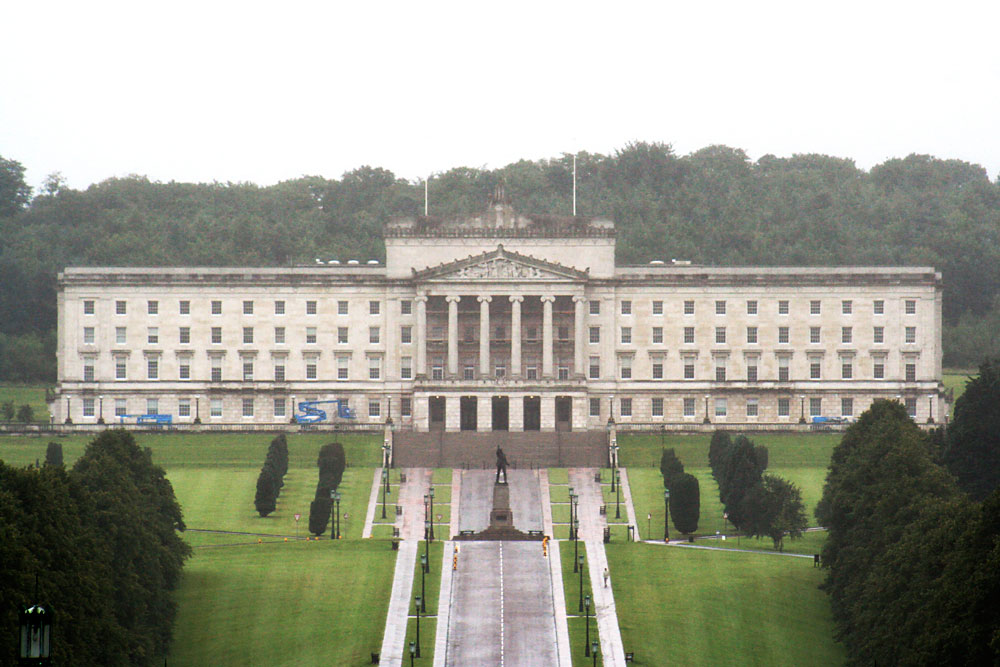 It is now some six weeks since protestant demonstrations began after Belfast City Council decided to fly the Union flag over Belfast City Hall only on specific days, rather than on every day of the year. Last night and again today loyalists clashed with catholics near the Short Strand, a catholic area in East Belfast that has been subjected to many sectarian attacks over the years.

"Such a scheme as that agreed to by Redmond and Devlin, the betrayal of the national democracy of industrial Ulster would mean a carnival of reaction both North and South, would set back the wheels of progress, would destroy the oncoming unity of the Irish Labour movement and paralyse all advanced movements whilst it endured." - James Connolly Labour and the proposed partition of Ireland

The Alliance Party has been targeted because they moved a compromise motion on the Belfast City Council, to fly the flag on certain days rather than not at all, which would have been the case had a nationalist motion been passed. There is no overall control by one party on the council, although SF and the SDLP now hold a majority of the seats.

This issue has brought to the surface discontent within the Protestant Community, some people have argued that the issue of the Union flag is another example of an attack on their tradition and way of life. However, we would argue that there are far deeper and stronger forces undermining the working class protestant communities than not flying the flag.

The days when Belfast was a major industrial and ship building centre are long gone. There are now more people claiming long term sickness benefits than work in manufacturing in the North. Many of the skilled jobs, which were overwhelming performed by protestant workers have disappeared. As we reported in June 2011:

The loyalists claim that Protestant rights have been denied, but the truth is that it isn’t the Catholic workers and youth to blame. It is the crisis of capitalism that has eaten away at East Belfast over decades. Shorts Bombardier has shrunken away, Sirocco has gone. The whole area has been de-industrialised and now the Protestant workers are in the same situation as the unskilled Catholic workers who were historically excluded from many of the skilled jobs in the area. In some ways the situation is worse, as the loss of the industry and the jobs that went with it has been felt more in the Protestant areas. (Short Strand - Part of the world crisis, June 2011)

The North of Ireland may have once been seen as a “grand wee place”, but that industry, which was British Imperialism’s economic justification for partition has gone. The economy is highly dependent on the Public Sector, which is suffering from the vicious austerity, launched in London, but aided and abetted by both SF and the DUP in Stormont. That austerity is having big effects on the economy. Unemployment currently stands at 7.8% with youth unemployment at 18.9%. In other words unemployment has doubled over the last four years. The economic inactivity rate is 26.7% against a UK average of 22.6%. The millionaires in the British cabinet have no concern about the working people of East Belfast or West Belfast neither East London or West Bromwich for that matter.

Sectarian tensions have developed over the years, now Sinn Féin and the DUP are the dominant parties in the assembly. But neither has any solutions and both face opposition and dissent from within their “own” communities. The "Flag" issue is no doubt seen as a new opportunity among sections of the loyalist groups and the tiny and virulent fascist sects. An Phoblact carried the this quote from SF Councillor Jim McVeigh:

There's has been a failure of leadership on the part of unionist political parties in this city and across the North. They have been led by the nose by a tiny group of unelected individuals, UVF men, National Front supporters and an assortment of headcases. What we needed was positive leadership from modern unionism but unfortunately we didn't get that. (Belfast City Sinn Féin Councillor Jim McVeigh)

The problem for the DUP is that they have no solutions. They can’t solve the economic situation or solve the sectarian conflict, in fact they themselves undermined the Ulster Unionists through Unionist demagogy and by beating the Orange Drum to gain credibility. The situation for them is likely to get worse over time, as no doubt there are others vying for the dominant political position within the protestant community. This accidental issue, has illustrated the contradictions under the surface.

As far as British Imperialism is concerned the North of Ireland is a failed state. The British subvention costs the UK treasury a lot of money. The Tories stated their intention of cutting state funding in the North and the poorer British Regions, like the North East and South West almost as soon as they were elected. The problem for British Imperialism however, is that their forebears created a sectarian monster. As Connolly explained in the article quoted above, the outcome of partition was a carnival of reaction starting in 1922, but never far below the surface as the history of the last 40 years illustrates.

The protestant working class and the protestant youth have a great deal to be unhappy about, but the real enemy is the capitalist system which has driven them towards this impasse, not individual Belfast City Councillors.

Alongside the sectarian tradition in the North there is also the tradition of trade union organisation and struggle. There are almost a quarter of a million workers organised in the trade unions in the North. That tradition reaches back to Connolly and Larkin, the Belfast Dock Strike in 1907 and beyond, but it is also present today in the magnificent struggle against the austerity and in defence of public sector pensions.

That is the basis upon which the Marxists and the most active and self sacrificing layers of the workers movement must organise. A Marxist Tendency armed with a socialist programme would tap not only into the revolutionary traditions of the Catholic working class but would also combat the unionist demagogy and reach out to the protestant workers on a class basis. Lenin, Trotsky and the Bolshevik Party fought for the unity of the working class in a country with a far more complex national make up than Ireland.

Without a clear position on the National Question the Russian Revolution would never have succeeded and would never have survived the Civil War. That policy rested upon a sensitive and concrete policy to guarantee the rights of the national minorities within Russia. But above all it rested on the class interests of the workers of all of the minorities.

In every country of the world today the objective conditions for socialism not only exist, they are rotten ripe. That applies to the island of Ireland, on either side of the border. The crisis of capitalism is creating contradictions which have generated mass movements and revolutions across the globe. Sooner or later, that movement will come to the fore in the North and throughout the whole island.

A 32 County Socialist United Ireland would guarantee the rights of all minorities. Capitalism can't even guarantee a decent future for the youth. As Wolfe Tone a protestant himself explained, it will be the "Men of no property" who will bring that to pass.