According to the latest news, at 2pm today, Tuesday December 1 2009, Farzad Ahmadi, a labour activist and tailor, was released from Sanandaj prison on a bail of 30 million tomans ($30,369). While we congratulate all activists of the class struggle on the release of this dear comrade, we condemn the detention of Pedram Nasrollahi and demand the unconditional release of this labour activist. 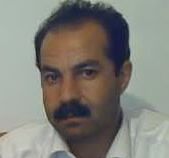